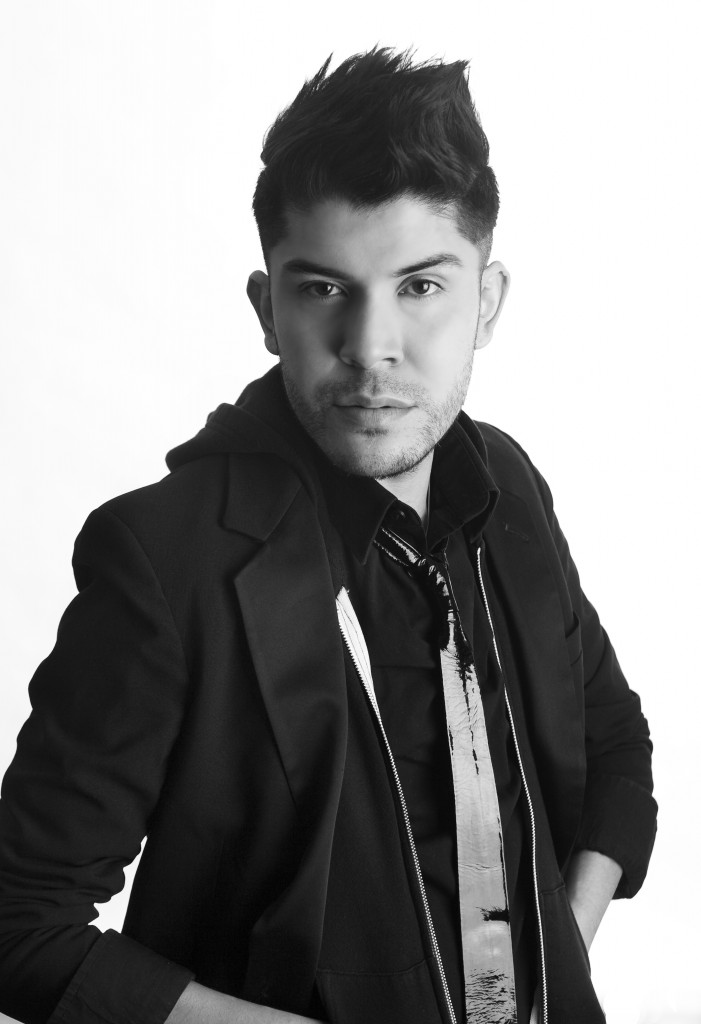 Last Saturday I had the opportunity to sit down with Mondo Guerra  at the Macy’s Find Your Magic event. Dressed to perfection in a bright azul button down, slim fitting vest and the dappernest shoes I’ve seen on a man in a long time, we discussed his career path, professional development and his decision to remain in Denver, post national fame. It was fun. Not only is he humble, knowledgeable and extremely talented, but he has flawless skin. Like you want to reach out and touch it, skin. (Don’t worry – I didn’t.)

While reviewing Mondo’s website and past achievements, not to mention drooling over his portfolio, a couple of points surfaced. Mondo is best known for his brazen use of color and prints, but what I noticed was his expert use of tailoring and precision of cut.

When asked about his technique and training, he told me that in the beginning he was forced to use what was available to him. He shopped at second hand stores like Goodwill buying bed sheets to use as yardage and modified existing garments. Then he was introduced to a friend’s mother, designer and recent transplant from LA. Under her wing, now working as a milliner, Mondo learned the art of hat making – it was in this workshop that he really began to understand the element s of good design.

With this deeper appreciation, he started to dissect his discarded gems before modification, teaching himself the art of pattern making. After moving to New York, he got a job as a sewer in a costume shop. Armed with tenacity, but hindered by minimal training Mondo points to the women in the costume shop, professional sewers for over twenty years, as the people from whom he learned the most. He had to hold his own because of quick turnaround and the durability required of designs produced in a costume shop. Today, Mondo has taken on a different role with the same company, as designer.

When asked about his Project Runway experience, he said it was wonderful, but that he never and still hasn’t quite gotten used to having a camera in his face. This was perhaps the most nerve-racking part of the experience. Later in front of the Macy’s audience, he jokes that he used to break the ice by saying he was Project Runway’s loser, but can’t any longer because he is a winner.

Because Mondo has chosen to make Denver his home (he lives in the same neighborhood in which he was raised) I asked what advice he could give the Indianapolis fashion community, because let’s be frank, Denver, like Indy is not exactly known for fashion. He commented that Denver’s scene has grown significantly in the last seven years (sounds like another city I know) and that it really takes a network of people supporting one another. But he also said that without criticism, there is no development. You can’t expect to compete on a national or international scale producing mediocre designs. He suggested we hold incubators, where designers bring their projects in to work on together. Allowing one another to examine, offer feedback (both positive and negative) and assist one another in problem solving. When I asked if he felt like living in Denver enhances or hinders his business, he said no. The operation is small, consisting of three people, but the industry is growing and he is depending on that.

We wrapped up just before he hopped onto stage to an audience of about 50 very enthusiastic people. Once on stage, it was apparent that he is indeed comfortable in the limelight. However, after making one little girl’s day with a special shout out, it is also clear he hasn’t lost any of his charm in its glow. 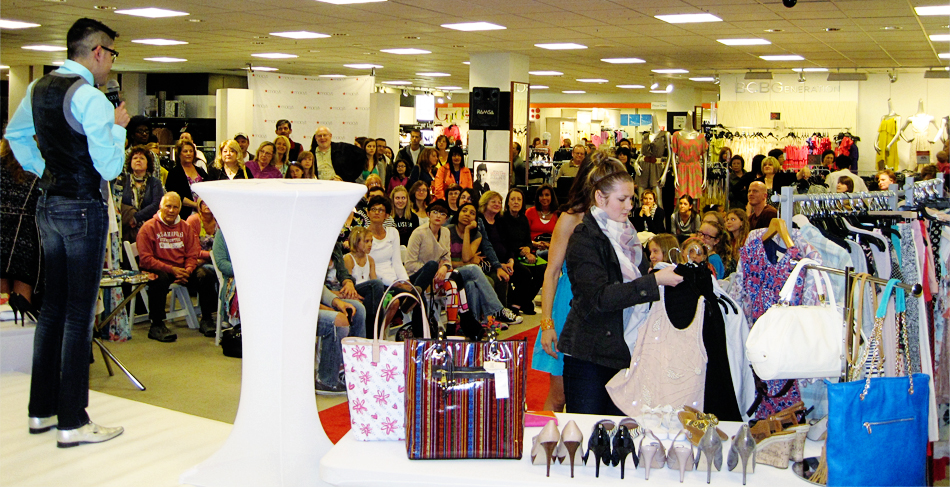