I’m going to tell you a story.

After the menswear meetup last month, I had the opportunity to connect with some of the guys I met. One of those guys was Tommy Dant. He gave me the classic “elevator pitch” (which I hope all brands have handy and ready to go).

There are a lot of optimistic entrepreneurs who fall short of opening a brick and mortar store in Indianapolis. I have even pondered and sometimes still think about how nice it would be to open my own little box of fashion. Mr. Dant has such an idea.

I sat down with Tommy Dant to discuss more in detail his vision after graduation from Ball State University. Dant gives a good first impression. My sense is that he isn’t just an over zealous college grad with a business plan; he’s a young entrepreneur who is excited by the possibilities that Indianapolis offers to small businesses. With a little luck and a lot of hard work, menswear store James Dant will open its doors in Indy soon. Dant has his eyes on Mass Ave.

I’m not the only one who is impressed with Tommy Dant. I am a huge fan of Shark Tank, and the Entrepreneurship department at Ball State did a college version called The Birdcage. Dant’s idea won him a first place cash prize and title of  “Best New Venture Plan.”

Will it come down to if Indy men are open to shopping outside of a mall, or if Dant has the fashion knowledge to make the right purchases? I’ll be riveted watching the story unfold.

Dant is currently looking for space and getting the last bit of the investment money needed to make a downtown men’s streetwear store a reality (he is planning to start a Kickstarter page to raise funds). James Dant will offer smaller, boutique-style brands to the men of Indianapolis. Dant has already made connection with brands to secure the product needed for the store. After previewing the store concept, I can testify that it will be a unique option for men in Indy.

Is the current culture of Downtown Indianapolis able to support a menswear boutique that is not a suit shop? There have been some shops that have offered such things, but for one reason or another they have closed.

A Tommy Dant success story would not only bring a much-needed fresh perspective to Indianapolis’ men’s fashion, but also serve as a message to other college graduates that Indianapolis is not a bad place to kick off your post college industry career. 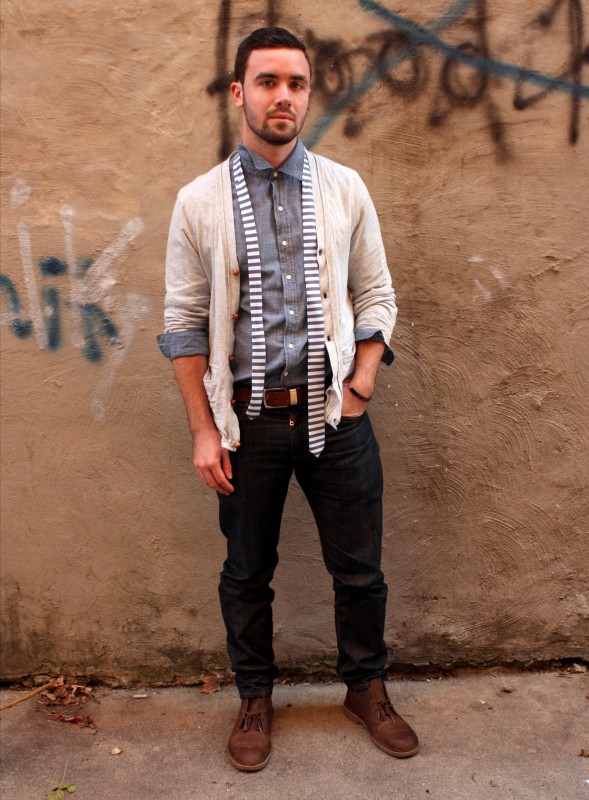