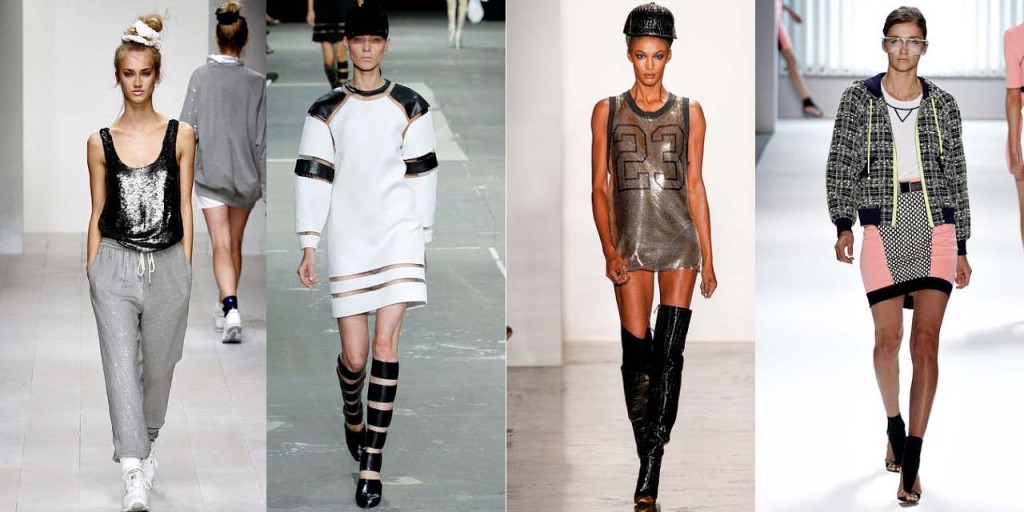 Track stripes and windbreakers showed up on a multitude of runways this season, and there’s a little something for everyone. If you’re a tennis star, try a flippy dress from Victoria Beckham. For basketball enthusiasts, a glittery gold jersey from Jeremy Scott. Or if you want a sport-influenced piece without sacrificing luxury, Reed Krakoff paired a gorgeous sheer windbreaker with a crocodile skirt.

But the real star of the sport-chic season? Alexander Wang, who perfected the trend at his namesake line with laser-cut skirts and sport-influenced pieces that fit superbly into the Balenciaga mold. No wonder the brand selected Wang as head designer after he showed such an expertly crafted, fresh-looking collection. 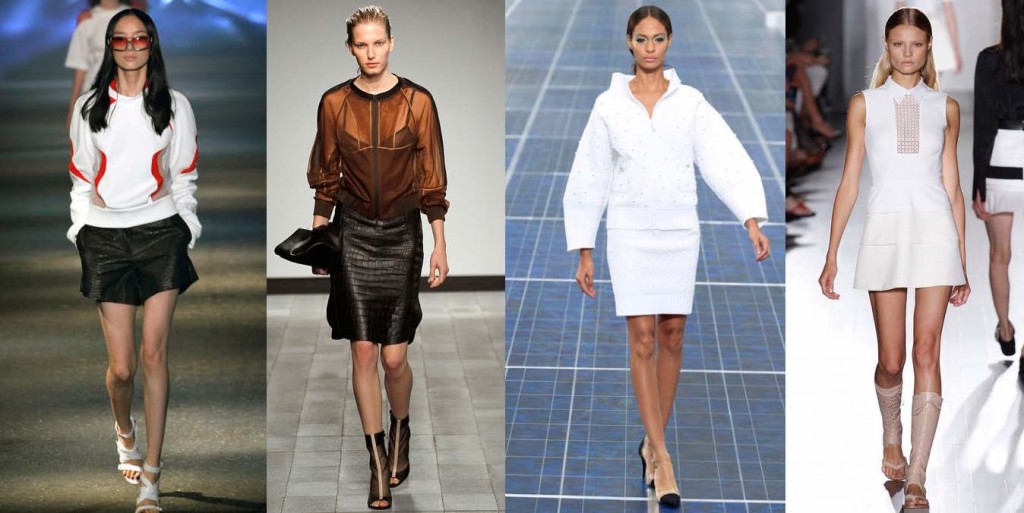