Rima Shahid, a political powerhouse and a prophetic agent, a mother, a wife, has served as the first Executive Director of Women4Change since 2017. Before Women4Change, Shahid served as the Executive Director of the Muslim Alliance of Indiana. And before that, she served as the Trade Development Officer & Cultural Attaché at the Pakistan Embassy in Bahrain. With a passion for advocacy and a critical collaborative lens, Shahid brings a radical perspective to community outreach objectives in Central Indiana.

Idalia Wilmoth: You are a mover and shaker here in Indianapolis and the world globally. Where do your inspiration, advocacy, and passion come from?

Rima Shahid: I am a born and raised Hoosier. My parents, like so many South Asian families, immigrated to the United States. My father’s sister lived in Indianapolis which is why we ended up here. I don’t know how she made it over here, but I’m grateful because I love Indiana. My parents thought it was very important for my brother, sister and I to be involved in the community. The community wasn’t just limited to the Pakistani, or to the Muslim community, it was the neighborhood that we grew up in, our neighbors, our friends, and our family.  At a very young age, my parents instilled civic participation and that community obligation into us. That meant we would be going from reading at a synagogue, to a baptism, to the mosque for their groundbreaking on 38th street. From the ball games to city government offices. And so that’s the culture that I grew up in.

I believe that my faith is not limited to going to a Mosque or praying five times a day. But my faith asks me and requires me, demands of me to be involved in the community. And that’s where I get my civic nature from, it is through my parents, but also from my faith.

IW: When the world hears about Islam and Muslims, there are misconceptions associated with the Islamic faith. Have you had any push back growing and living in Indiana? What’s a key aspect of your faith that you want people to understand?

RS: There was definitely push-back from people that don’t understand our faith. And that continues to happen. But my parents raised me to be very proud of who I am and that I should carry heritage and our faith as a badge of honor rather than a burden. Because America is not, I like to push back, a “melting pot”. We’re not here to become a homogenous community. Rather, we should be proud of the differences that make up this great, complicated nation. And when people have questions about my faith I welcome that as an opportunity to engage in a dialogue.

Curiosity is good. It’s an opportunity to learn and teach and understand. I will be the first one to stand up and say… I do not represent 1.8 billion people. But from my point of view, this is my faith and you’re not going to take it in a direction that serves your agenda. No thank you.

God doesn’t tell me to be kind to just Muslims, but to all people, God says you have to treat everyone with kindness.

IW: You are a proud Muslim woman coming from a culture and history of female empowerment, could you speak a little bit more about what that means to you?

RS: I believe that I come from a faith that is very feminist. Think about the position of women in society some 1500 years ago. Women had no status. Then comes along this man named Muhammad. This man comes in and he says, you cannot bury your baby girls alive because you are afraid to pay a dowry. He says “Honor your daughters like you honor your sons”. Back then, this is radical stuff. Muhammad then goes on to marry a woman who was much older than him – a widow – and a business owner. Even in today’s society, we have a problem when a woman is a breadwinner in the family. But here’s Muhammad and his wife providing one of the first if not the first examples of marriage equality. They had a true partnership. There was equality because they were “thought partners,” Muhammed went to her for advice and not his male peers.

While we have seen tremendous, tremendous progress here in the United States with a woman now holding the second-highest office in our land, we’ve yet to see a female president. Meantime, when you look at Muslim majority countries, those same countries that are looked down as being not very progressive, we’ve already had Muslim women as heads of states.

IW: Tell me a little bit about your professional background?

RS: I spent 11 years living in the Middle East and for part of that time I lived in a small country called Bahrain. My family and I lived there during the Arab Spring, a cultural revolution. And I saw firsthand what happens when you don’t have a country that’s for the people, by the people. It made me realize that we tend to take things for granted here in the US. After I moved back home again in Indiana (as the song goes!), I started working at the Muslim Alliance of Indiana, then I got involved with Women4Change and am now the Executive Director of this organization.

IW: What’s one thing that frustrates you in your advocacy work?

RS: One of the things that disturbs me is when people say, “I don’t like politics. It’s not my thing”. But the truth is that politics affects every single facet of our life. We have to engage. If you think that the system is broken, get involved! Our democracy is not perfect. It’s far from it. Our country is not perfect. It’s far from it, but it demands citizen participation to get us to where we need to be. I think this perspective came from my time in the Middle East and really helped fueled my passion for advocacy that my parents planted early on.

IW: What are some issues that we face in Indiana that you find yourself thinking about a lot?

RS: Where do I start? Here in Indiana, we have some of the worst maternal-infant mortality. And this is not an urban problem. This is not a rural problem. This is an Indiana problem. And what we know is that women of color and specifically Black women are being affected at a much higher rate. My other hot button topic is the gender pay gap issue, and also how our state legislature is not helping advance pregnancy accommodations in the workplace.

Thinking about my work at Women4Change, I want to make sure that we have women in the state legislature. Indiana is one of twenty states that has never had a female governor. And I think that’s a problem. We need to make sure that women’s voices are not just heard, but that we have participation as far as the number of women in the Statehouse. And not just the number of women in the statehouse, but women that support policies that support other women.

IW: March is International Women’s Month – is it a time to celebrate, or is more work needed?

RS: As we celebrate International Women’s Month, we have to recognize that there’s been tremendous progress. At the same time, there’s so much more to be done. I believe after New York City; Indiana has the most monuments in the nation, yet there’s not a single one that depicts a woman. We have a war memorial that pays homage to our military, but are you telling me there’s not even a single woman that was there? Also, try thinking of a street here in Indianapolis named after a woman. You can’t can you? So, for me, I want to honor the contribution of women this month, but I also want the work to continue.

IW: What can people do to contribute more meaningfully to our community here in Indiana?

RS: We’re so blessed because there are so many non-profits here. Whether you are passionate about the environment, women’s rights, ending childhood hunger, or adopting animals, there’s a non-profit you can get involved with. Everyone has a skill set they can use to contribute to a cause they are passionate about. 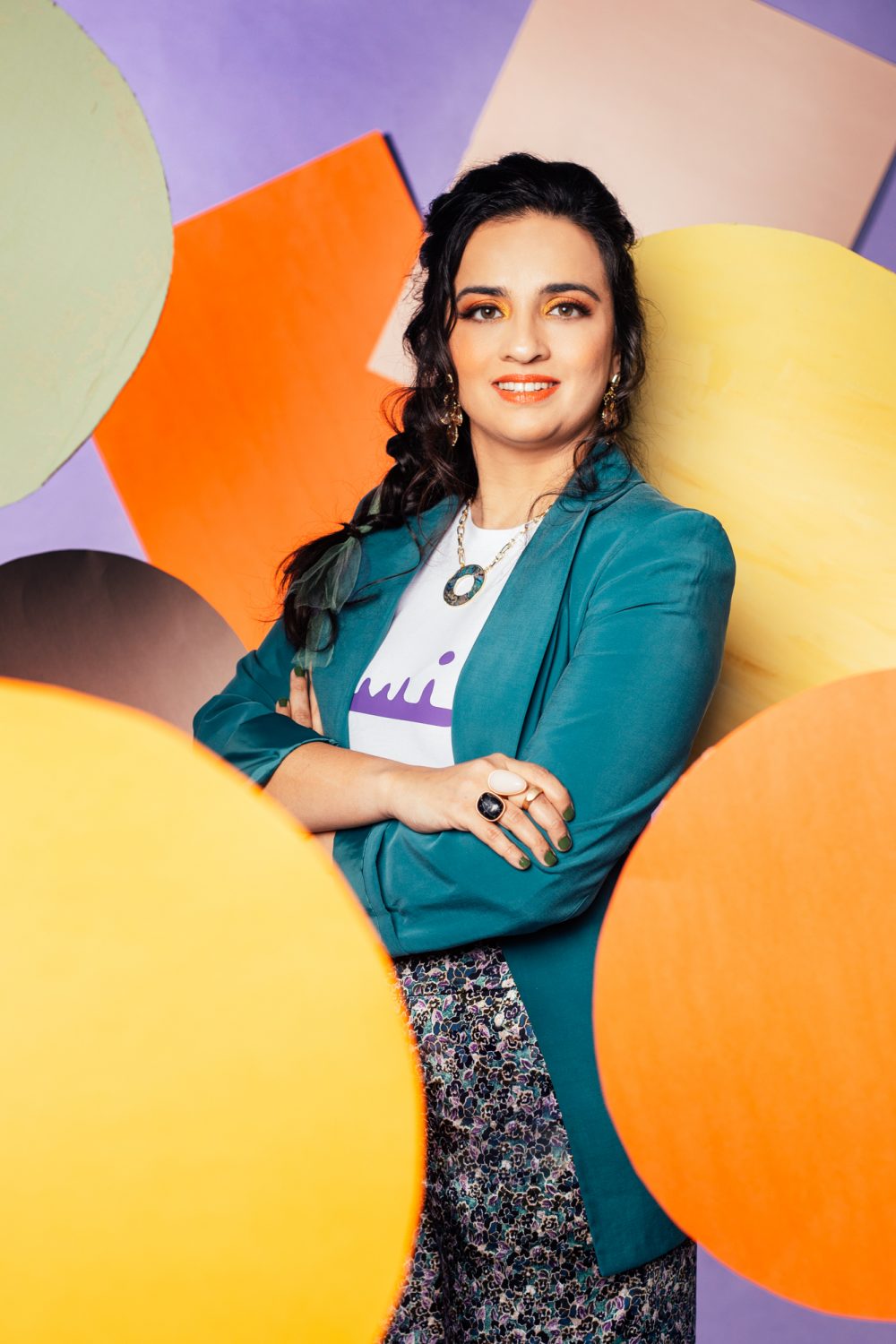 Written By
Idalia Wilmoth
One reply on “Rima Shahid: A Woman for Change”