The performing duo Sister Sinjin are all about breaking through the barriers that life puts in front of them. Kaitlyn Ferry and Elizabeth Duffy are both mothers who are pursuing dual degrees, while also playing an active role in their communities AND performing music. Making the impossible possible is something the two specialize in. What started off as a fun musical experiment that Ferry figured wouldn’t bear any fruit, has blossomed into two albums, regular gigs and two EPs scheduled for release within the next 12 months.

PATTERN chatted with the musicians about their personal, and professional lives.

Tristan Schilling: What has been one of the more challenging things for Sister Sinjin?

Elizabeth Duffy: Since we started in kind of a raw place, we’d spent quite a bit of time working, practicing and figuring out who we are and what our sound is going to be. I think once we started to feel more ready it was just a process to get more exposure. I didn’t have a lot of performance experience, but Kaitlyn had quite a bit more. Being a performer is different from being a musician. There’s a learning curve there, but the music culture in Indianapolis has been very open and very friendly. We went to a couple of open mics just to give it a shot and almost immediately people were saying hey here’s something else you can play.

Kaitlyn Ferry: One of the challenges is finding our identity as a musical act. We have these two different tracks. We have this folky, love song, life song kind of track and then we do have a Christian spiritual-religious track. We will, by the Fall, have a couple of albums that are specifically religious, then a couple that are more open-ended. I think what we’ve discovered is there’s just overlap when we perform. We just pull it all indiscriminately from our tracks and throw it in there. It’s just what we are. 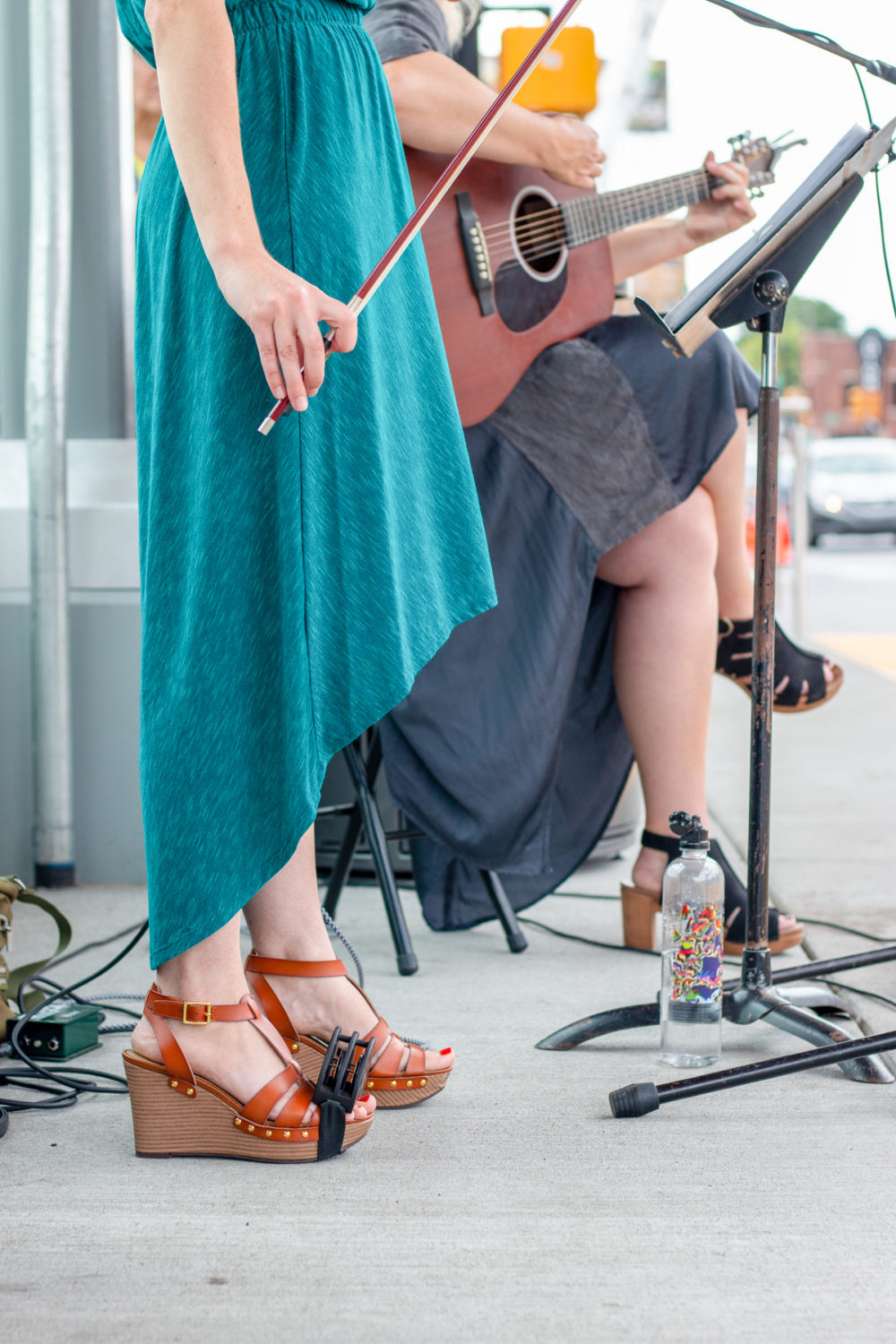 TS: How did the inspiration for a Christian Folk band come about?

ED: I guess that’s really a part of our origin story. Our third member [Elise Erikson Barrett] who no longer sings with us was kind of the initiator. She was an ordained minister in the Methodist Church and I’m Catholic and a mutual friend of ours owns a recording studio [Gabe Harley].

KF:  I moved to Indy three years ago from Knoxville, Tennessee and I work in a Lutheran Church. I lead worship at the church I’m at now, and that’s where I meet Elise. We were talking about how we should collaborate on a project. Then Elise said, I have this other friend who sings Gregorian Chants and also plays the cello and is in a Grateful Dead cover band, I think we could make some fun music. She then mentioned we should just make an Advent album. So, from the first meeting, the three of us together, to having an album in hand took eight weeks. It was just an experiment of let’s see what we can do.

TS: It seems that you’ve been doing about two gigs a month for the past few months. Are there any plans to pick up the pace and perform more?

KF: Our semester just started a couple of weeks ago.

ED: And so we’re not going on the road. It’s not an option, but we would love to play more in Indy.

KF: I’d say a couple of months is probably going to be our limit at this point until we get through.

TS: How was Paolifest? It had a huge line-up and was over the course of two days.

ED: It’s a great festival. It’s in its second year, and I think it will see a good future. Its organizers have done a good job of collecting musicians who sit outside comfortable genres. One of the organizers plays in a chamber-folk group. [They’re] kind of a similar dynamic to Sister Sinjin in that they incorporate [traditional] string instruments, such as violin and cello, with folk instruments, like a banjo. A band like that is not going to get a lot of radio play. It’s a great place for a lot of very talented exploratory musicians to meet and hear each other’s work.

TS: Do you guys think you will be doing it again?

ED: If we are both available we will definitely play because we believe in their mission. 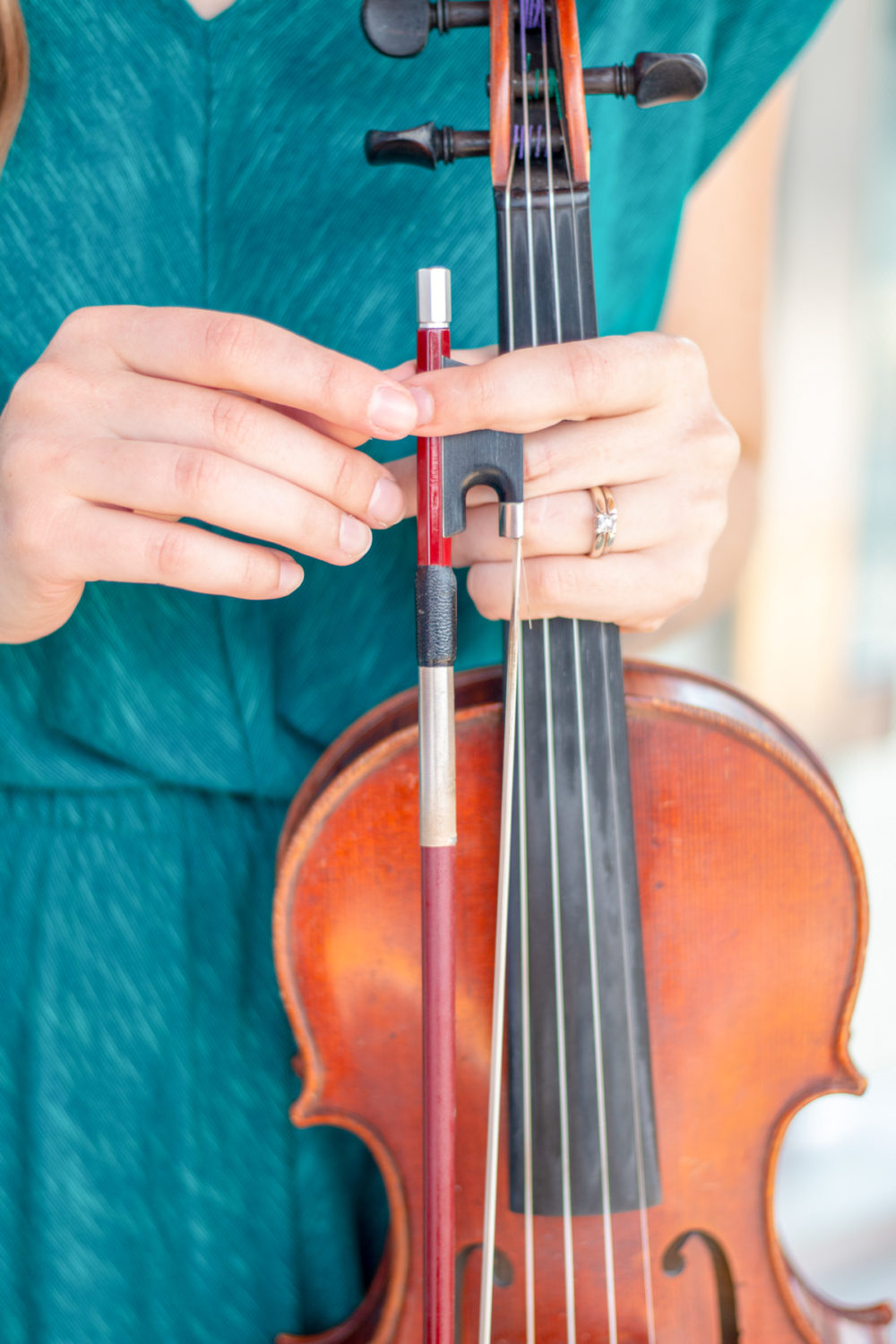 TS: So, you have the albums “Incarnation” and “Daughters of Jerusalem” so far. Is there a third album on the way?

KF: Yes, there are two EPs coming. One of them is specifically more religious. It’s another apocalyptic Christian folk album. We have a friend, Bruce Benedict, who works for an organization called Cardiphonia who had some grant money and [is] looking to explore the book of revelation. So, he asked us if we would set Christina Rossetti’s poems to our original music. We chose six of her poems. We’re hoping the EP will come out this coming advent season.

ED:  So the Rosetti EP will be one. Then we also had some love songs that we’ve performed live, so you may have heard them, but we hadn’t recorded them and they’re not religious.

KF: They’re mature love songs. They explore the tension of living married to somebody for a long time.

TS: Is there anything else you guys want to share with our readers?

KF: I think what this experiment has taught me is not to limit myself. She’s my dreamer and I have to be able to conceptualize the project in order to get it done. So she’s constantly throwing ideas out where I’m thinking that’s not possible, but then somehow we make them possible. Another thing, a lot of people ask us is, how do you do that, you’re a mom, like somehow being a mom makes it impossible. It definitely has its challenges, but I think especially for women who are in a similar stage of life, don’t discount your creativity, fit it in wherever it does and don’t limit yourself.

ED: Going on that note. Our limitations have kind of become our thing. We’ve flipped it and turned it into our sound in a way. We each play three instruments; some of them better than others. We’re going to take the imperfection of how I played this instrument or that and it’s going to be part of the sound. It’s going to be part of the earthiness of it and the same with family, life and location. Everything we have to work with rather than being a limitation is going to be a tool and a brushstroke. It’s just been a really fun experiment seeing what we can do with what we have. 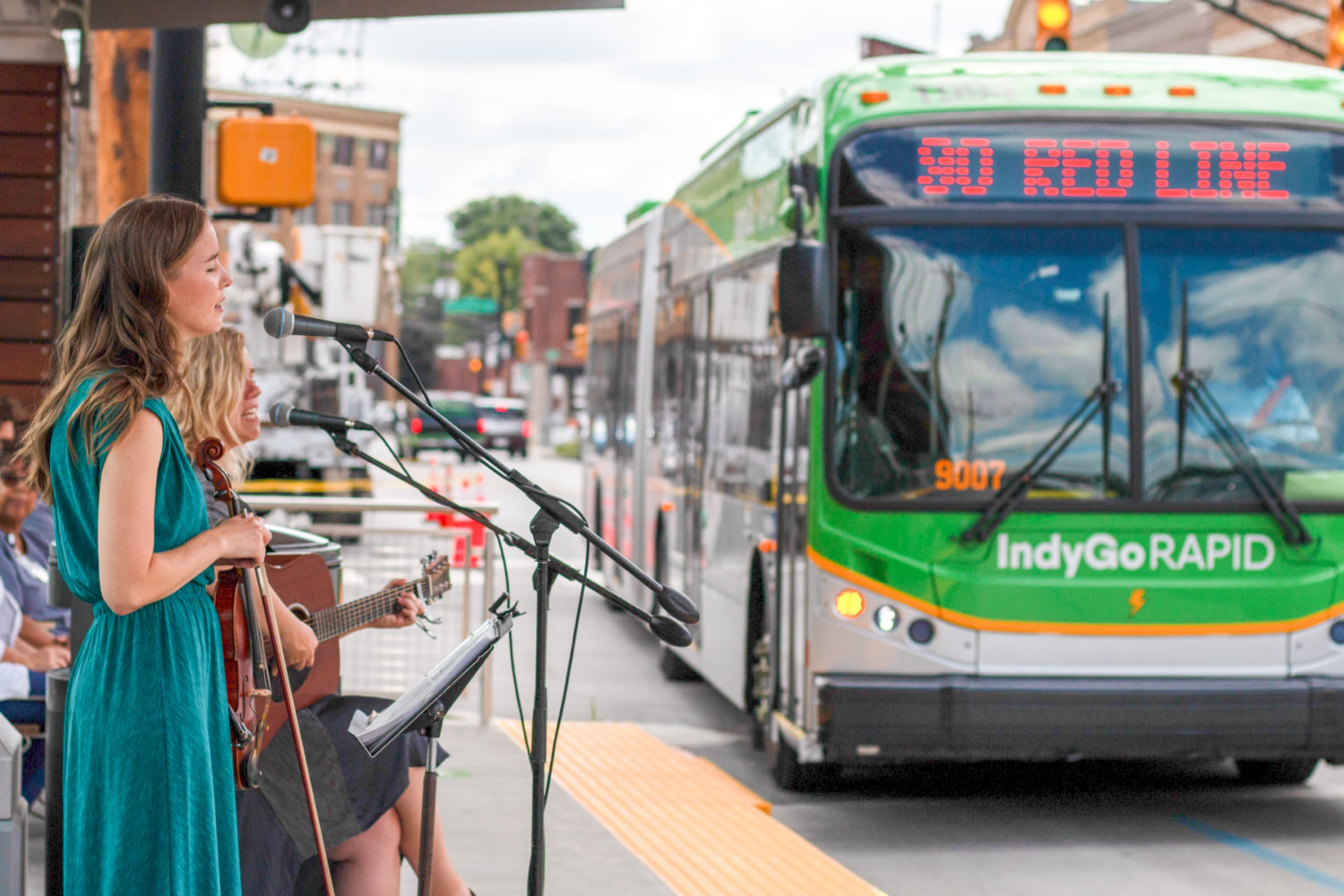