There are many tales and superstitions in the various countrysides across Europe. This is an old country and stories of life here hundreds, even thousands of years ago are still remembered and handed down from one generation to the next. The stories are rich and vibrant full of color and lessons and warnings.

One such area with plenty of stories is Cornwall, in Britain, where Sarah Burton often vacationed with her family when she was young. There, she heard the stories of, and most likely even visited, the Cloutie trees around the Madron Well. There was said to be magic here. Healing magic. All one had to do was tie a piece of a cloth around whatever ailed you, wear that out to the tree, and tie it to one of the branches and recite the necessary spell. As the cloth disintegrated and fell to the ground, the ailment would go away.

Today, we understand how the “magic” worked. If the ailment was of a viral nature, it simply ran its course. A cut or injury would most likely heal with time. If you didn’t heal, then obviously you said the spell wrong.

The trees are still there and people still tie pieces of cloth onto them. The problem is that today people don’t stop to think what kind of cloth they’re using. The ancient residents all used organic clothes that dissolved rather quickly in nature. Today, people are tying synthetics to the tree and the synthetics don’t break down as easily, if at all. Some of the Cloutie trees have even died from literally being choked by all the pieces of fabric tied to them.

The whole thing comes together with a collection that shows a relationship to the past in various ways, such as through stitching and needlepoint, and other times through storytelling and illustration. There are times when we feel as though we’re looking at wardrobe for a Game of Thrones episode. Then, she turns and gives us something very bright and modern to the point of almost being a bit folksy.

There’s also a mixing of sport in the whole thing as well. One might not necessarily notice the stitching in the black leather pieces that come menacingly down the runway. We see those pieces and are simply relieved that the models didn’t pull out a dagger to exact the designer’s revenge on some unsuspecting editor. Then, she sends down a white piece with the exact same stitching and instead of fighting the urge to run for our lives we’re thinking about Spring Training and Baseball! 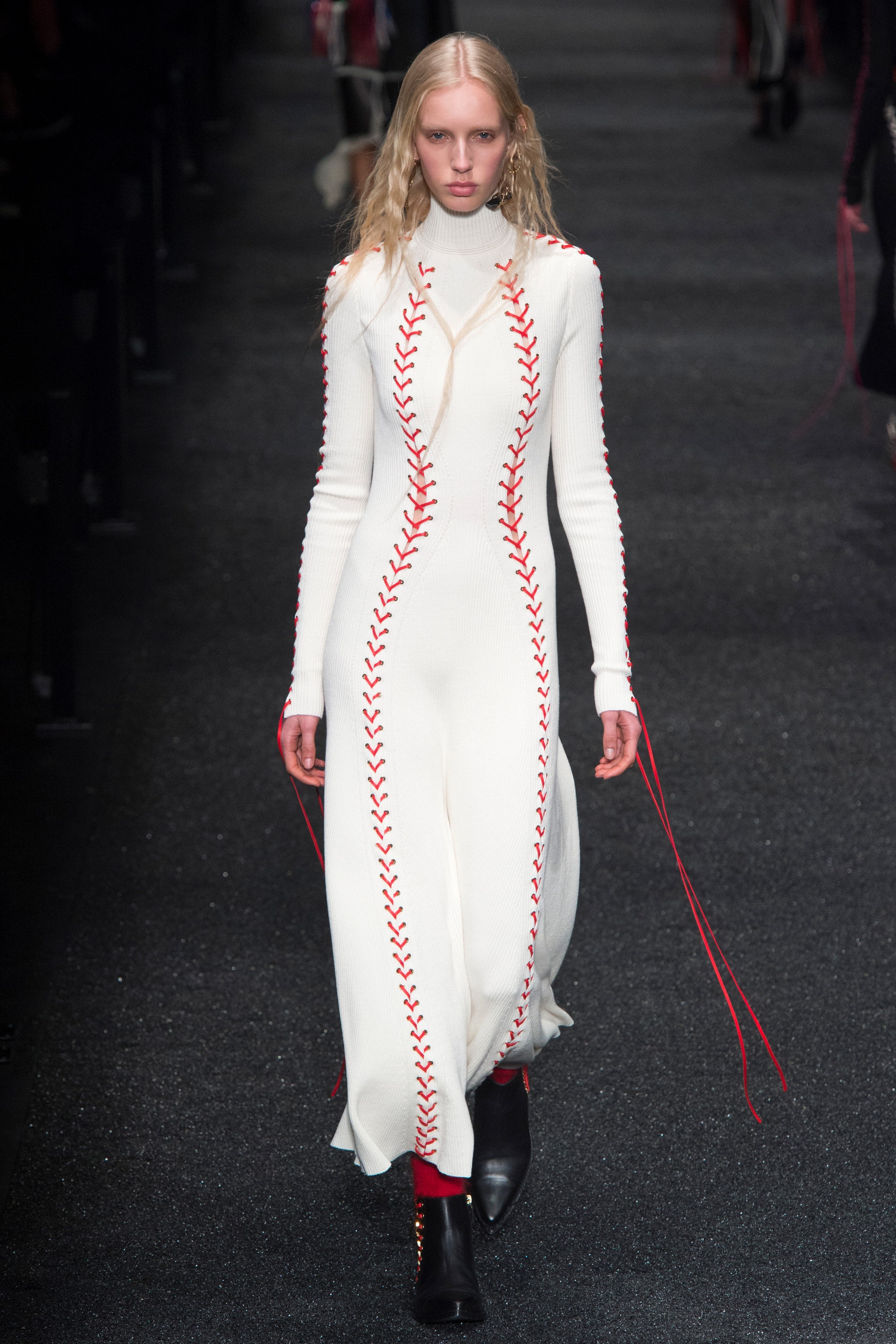 The trailing strings throughout the collection are callbacks to the Cloutie trees of Cornwall. While it’s nice knowing Burton’s inspiration fo the loose threads, though, it’s not exactly a new technique. Cats have been playing with the strings and women have been getting them caught in doors and elevators for a few years now. Where it makes more of a difference is when she takes all the loose threads from all the trees and meshes the together into a single garment: 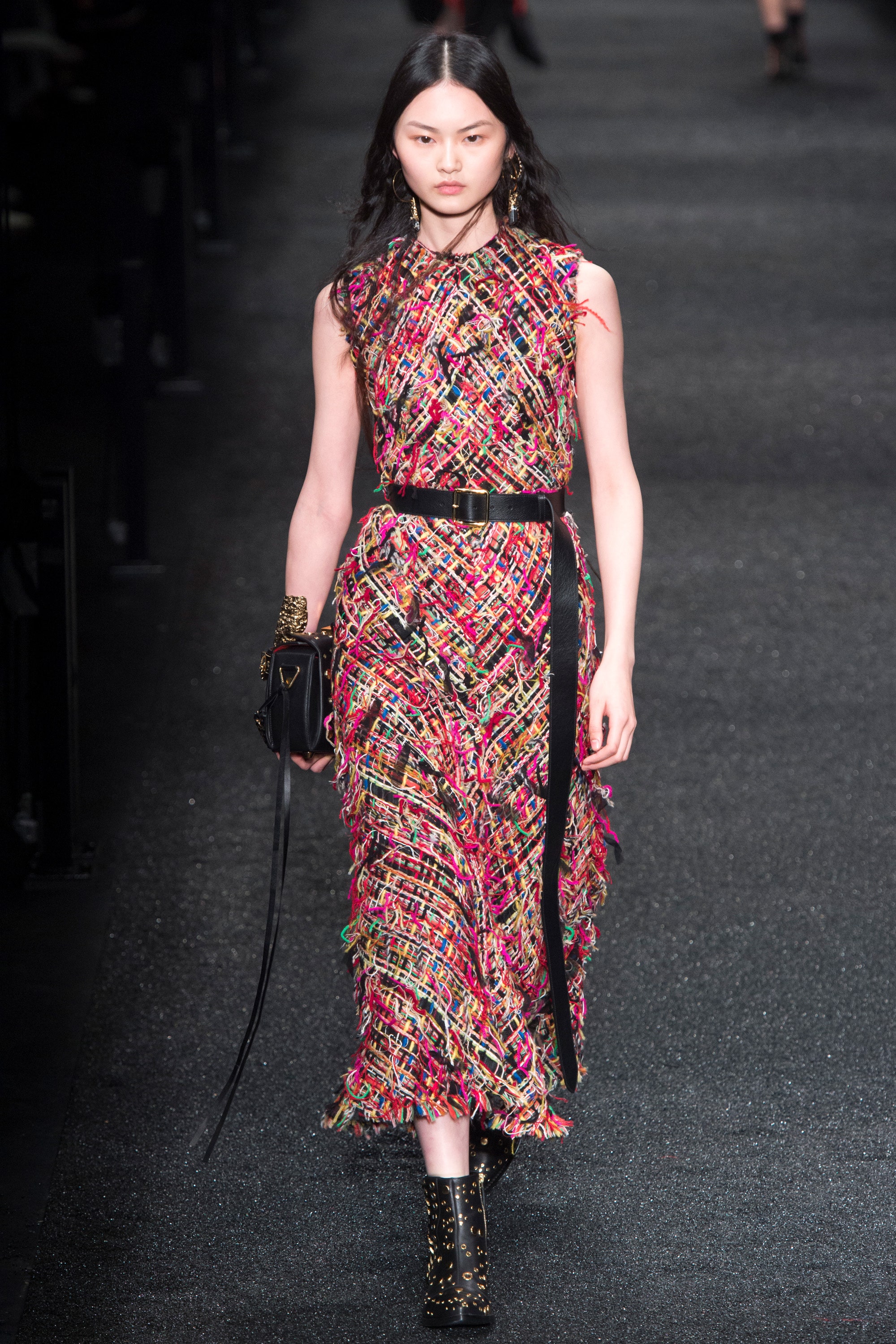 There, isn’t that a lot less intimidating, isn’t it? Much more friendly looking, we think, and a lot heavier for those cooler nights when the wind is blowing.

The looks continued to trade back and forth like characters in a medieval-themed move. There would be the tough-looking yet beautiful warrior princesses who were undoubtedly hiding their swords while waiting to relieve someone of their head. Note the gold chainmail skirt: 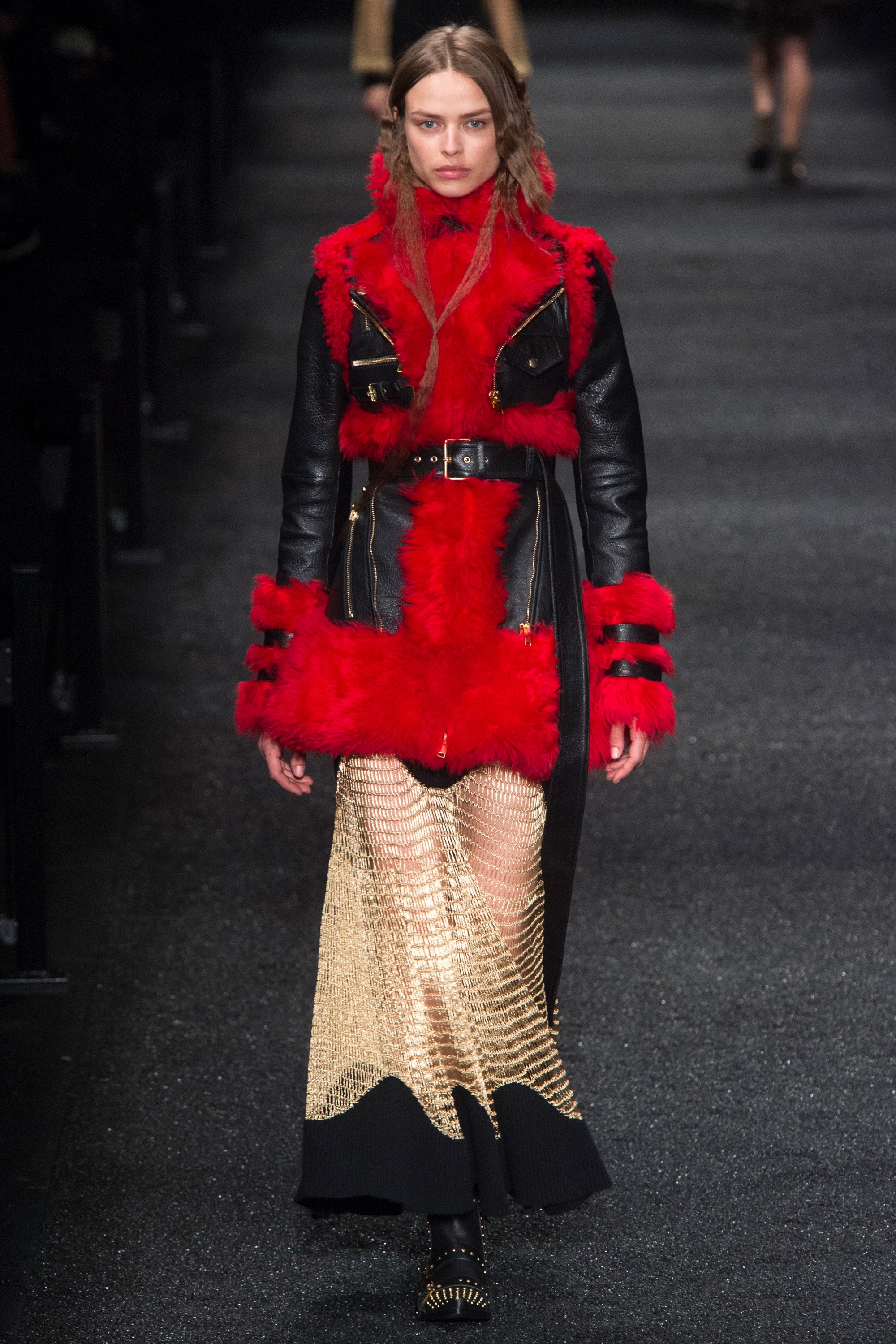 Then, the scene jumps to the fair maiden dressed in organics adorned with the hand-stitched embroidery her mother handed down from generations of sewing, fighting the emotional battle of wishing for love but not willing to let anyone control her: 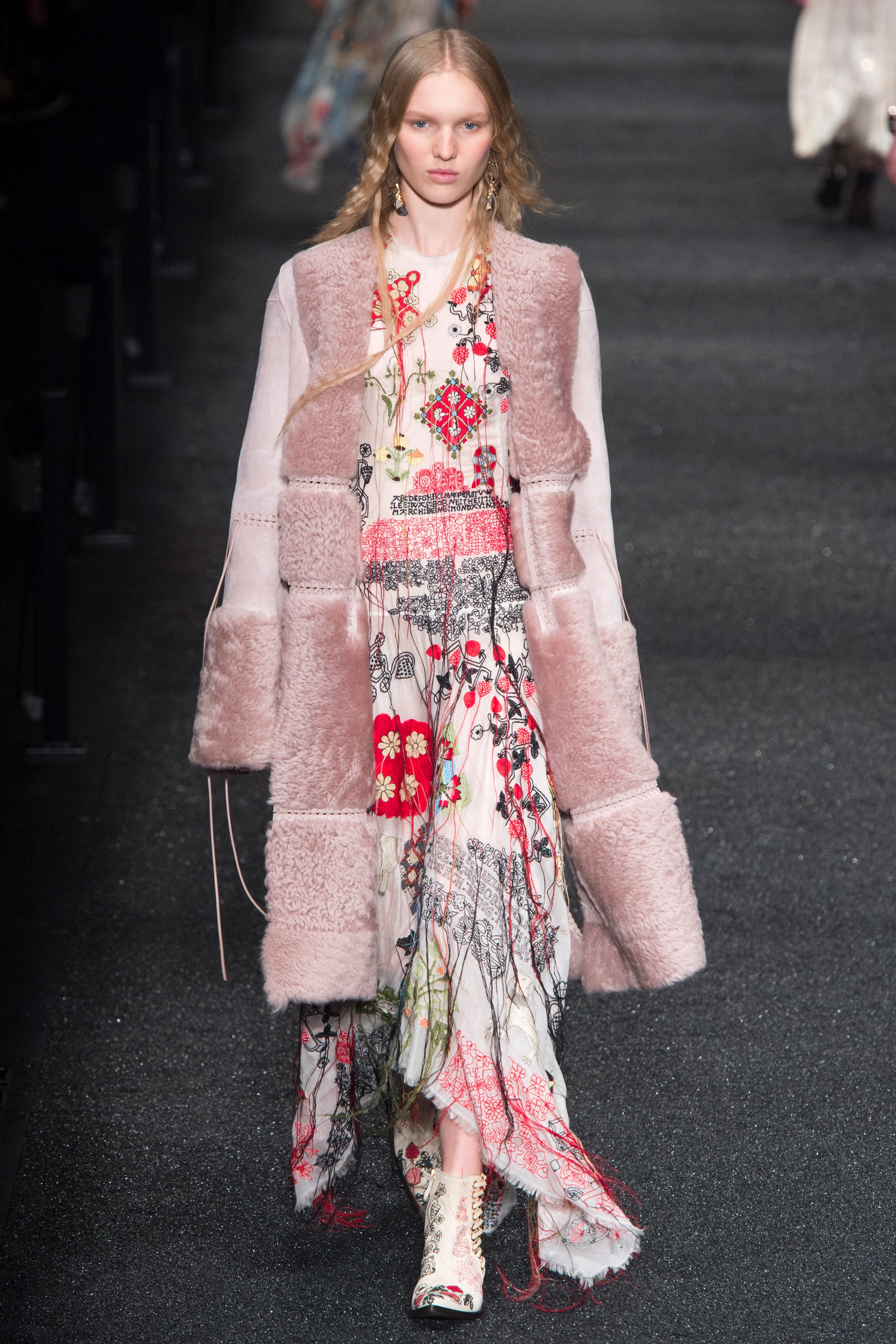 Each has been to the Cloutie trees, the strings of their pain and injuries trailing behind them, reminding them of the trials they’ve endured and conquered.

Finally, evening approaches, and the gowns continue to reflect the spirits and personalities of the day. The goddess of the Clouties wears a gown adorned in the threads of those seeking her healing. 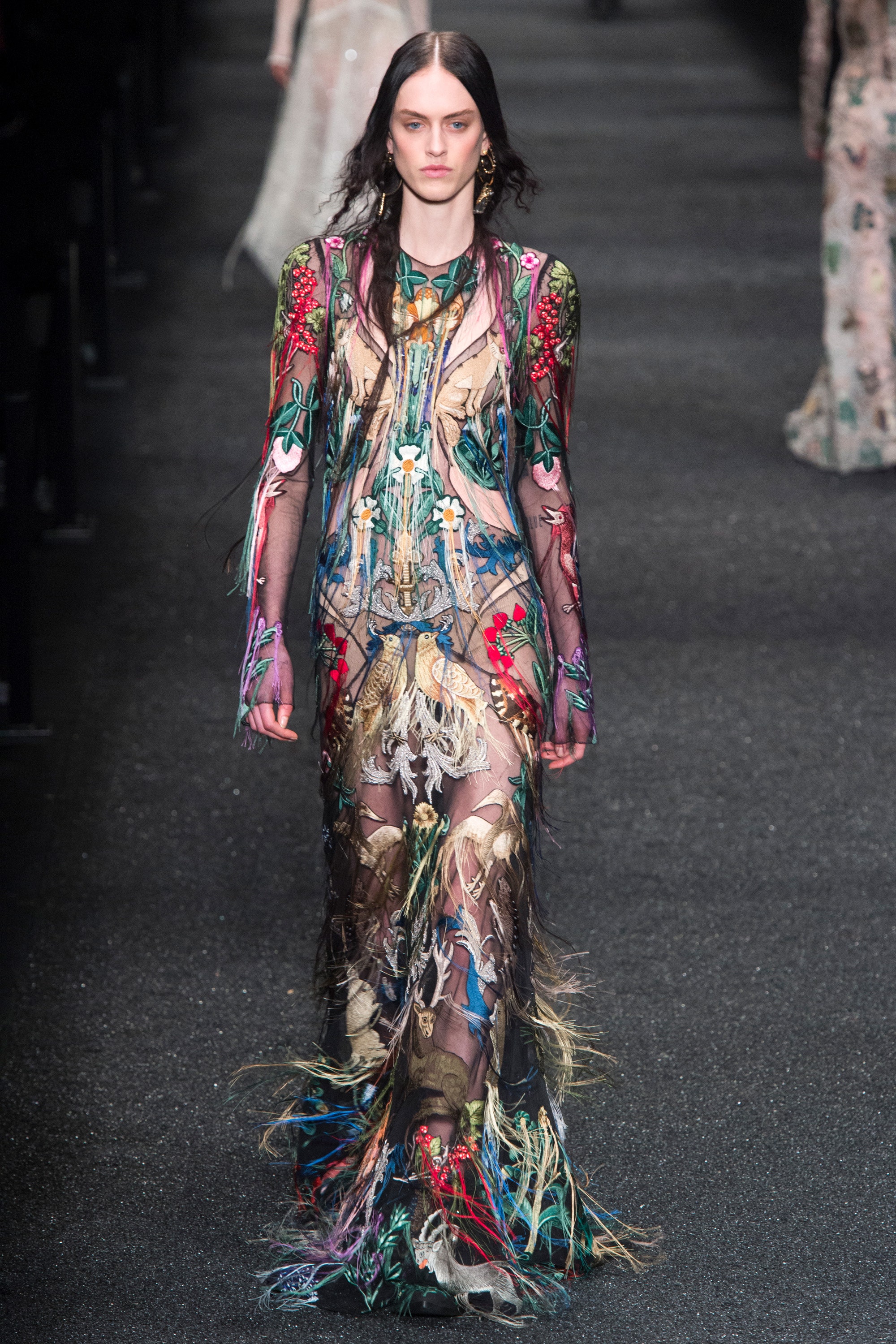 A virgin arrives, though her penitence may or may not be sincere. Her lace is delicate and she may appear vulnerable, but be sure that she is stronger than she appears. 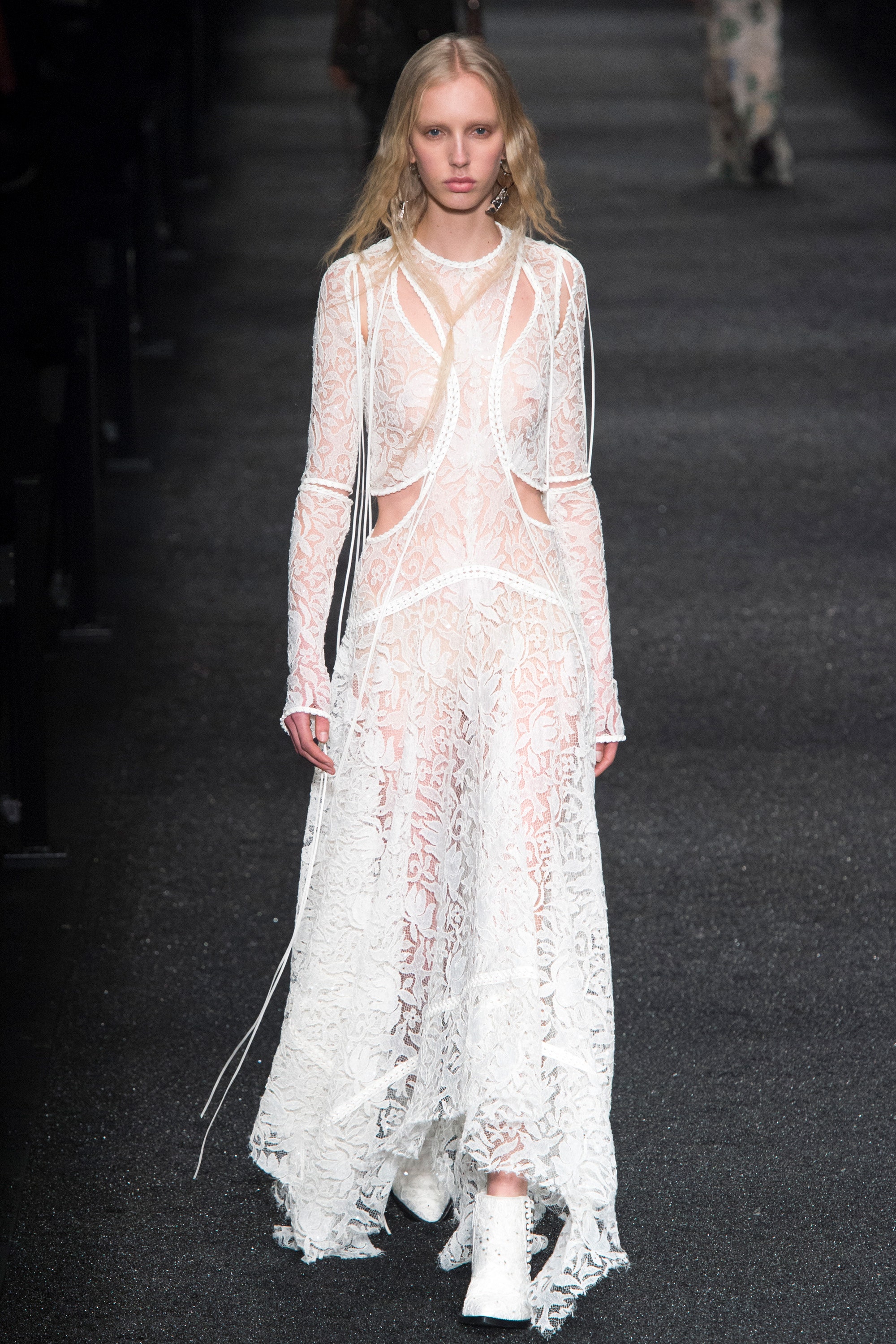 A warrior returns, her gown telling the stories of alchemies mixed and stars realigned. 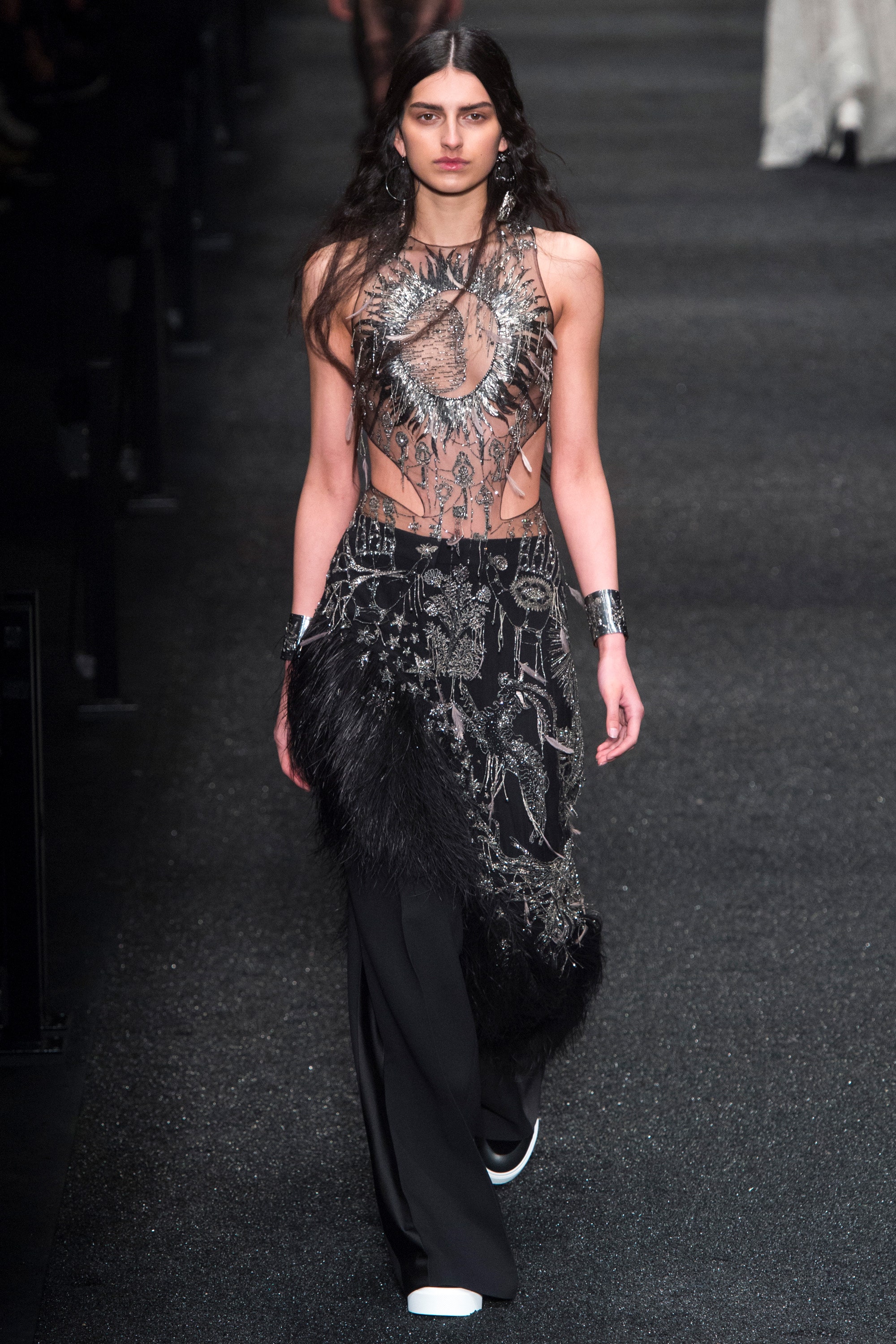 And finally, a mer goddess appears from the ocean, blessing them all. 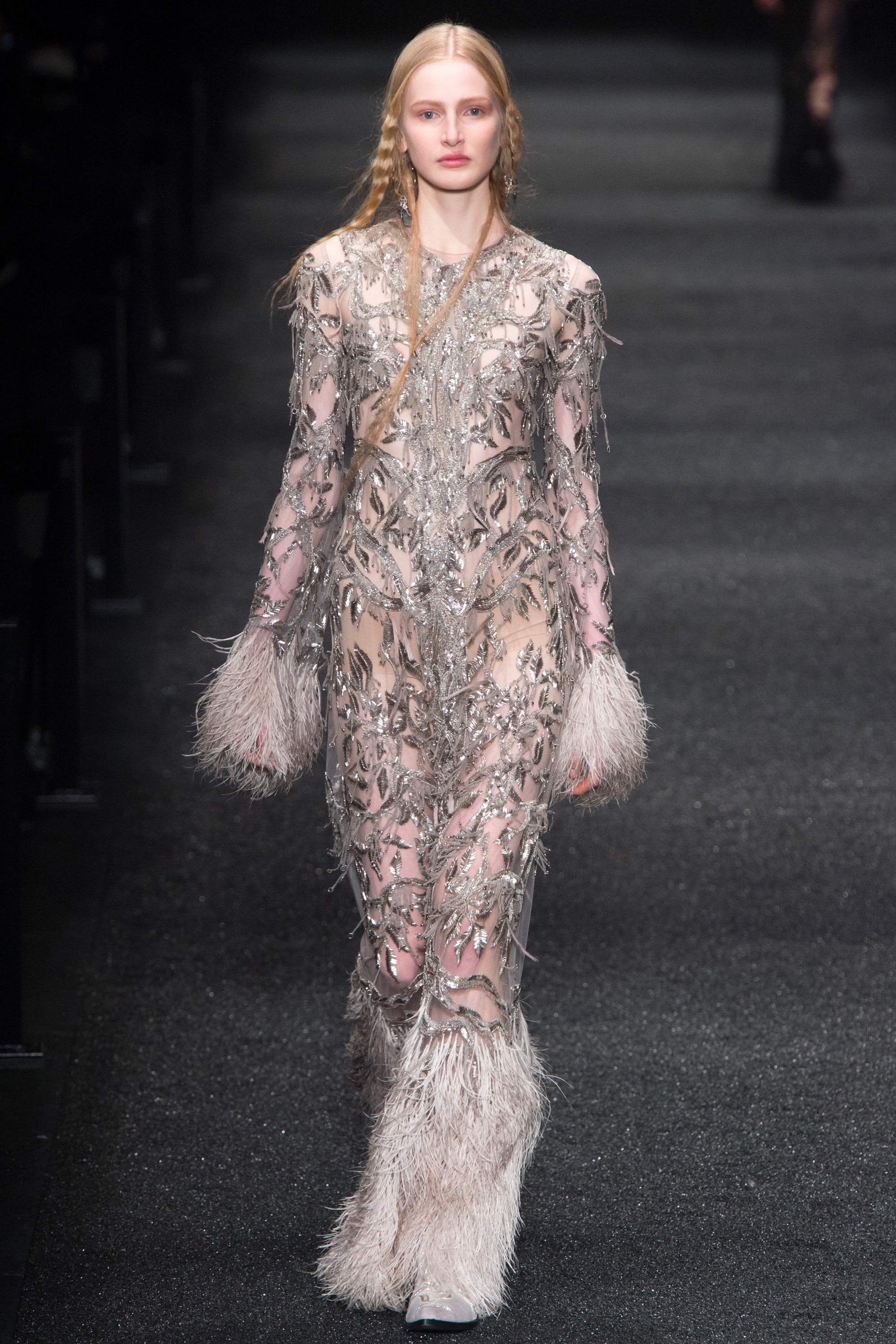 With each of the gowns, the hand work of embroidery and applique and hand stitching grows increasingly more complex. Every one is a sight of absolute beauty. Even if there were nothing of merit at the front of the collection, and there certainly is, one would remember and be amazed by the final gowns.

Sarah Burton has created a legndary collection based on the oldest stories and traditions of fabrics and sewing and how they play a role in our lives. I’ll let others argue whether the more folksy pieces are museum worthy. This is a deeply spiritual and moving collection with a lot more to it than a bit of fabric and string.