If I didn’t know better, I would think that Rodarte designers Kate and Laura Mulleavy ordered the rain that fell on their spring/summer 2019 collection. The grey and dampness fit the dark, moody aesthetic of the line a little too well for it to be a coincidence. After the sisters had decided to show elsewhere the past two seasons, everyone in and around New York was anxious to have Rodarte showing here again. As the rain fell all day, though, few expected the sisters to stick to the outdoor venue at the New York City Marble Cemetery.

What we expected was to show up and be directed to an indoor facility. No, instead guests were handed clear umbrellas. Of course, no one was dry in the first place since there was no close parking or drop off point. Still, who would have expected that the sisters would let their entire spring collection get soaked?

They did, though, and the rain only made the concept that much better. Rodarte has this over-the-top romantic air of fatality to it that made the cemetery the perfect place to stage this show. With miles of lace and acres of tulle and a rainbow full of primary colors, the women created an other-worldly collection that seemed to bring to life the ghosts buried there, such as Hannah Secor or any number of the Roosevelt clan who resided in New York prior to Teddy and Franklin becoming presidents. This was the kind of collection that movie director Tim Burton would likely use for his next not-quite-macabre film.

Explaining the collection is a bit difficult because there are no clear reference points. This is a unique set of clothes that on one hand are brightly colored and on the other designed as though one were staging a haunted house with real ghosts. To say that no one else in fashion is doing what the Muleavy sisters are doing is very much an understatement. No one else is even imagining what these women put on display here and that’s exactly the way they like it.

Kate explains: “Going to Paris and doing a show there was an important turning point to understand where our hand is, and now it’s on our own terms. We do what we want. And I’m not interested in anything else. These are the clothes I make. Before, we’d almost be apologetic for it because people want things to be something that they’re not, but now I’m like, this is what I do. And it just has to be that.” 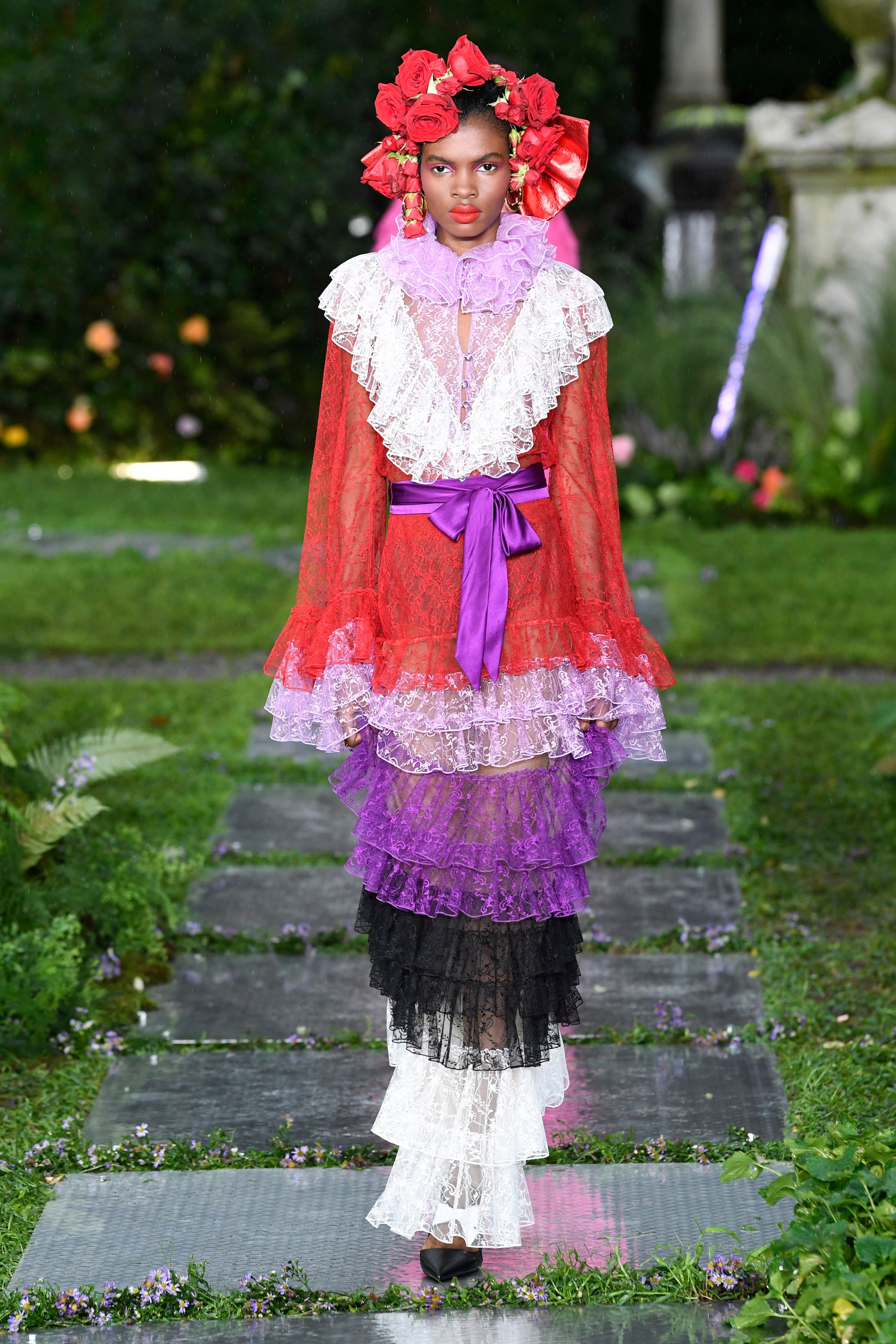 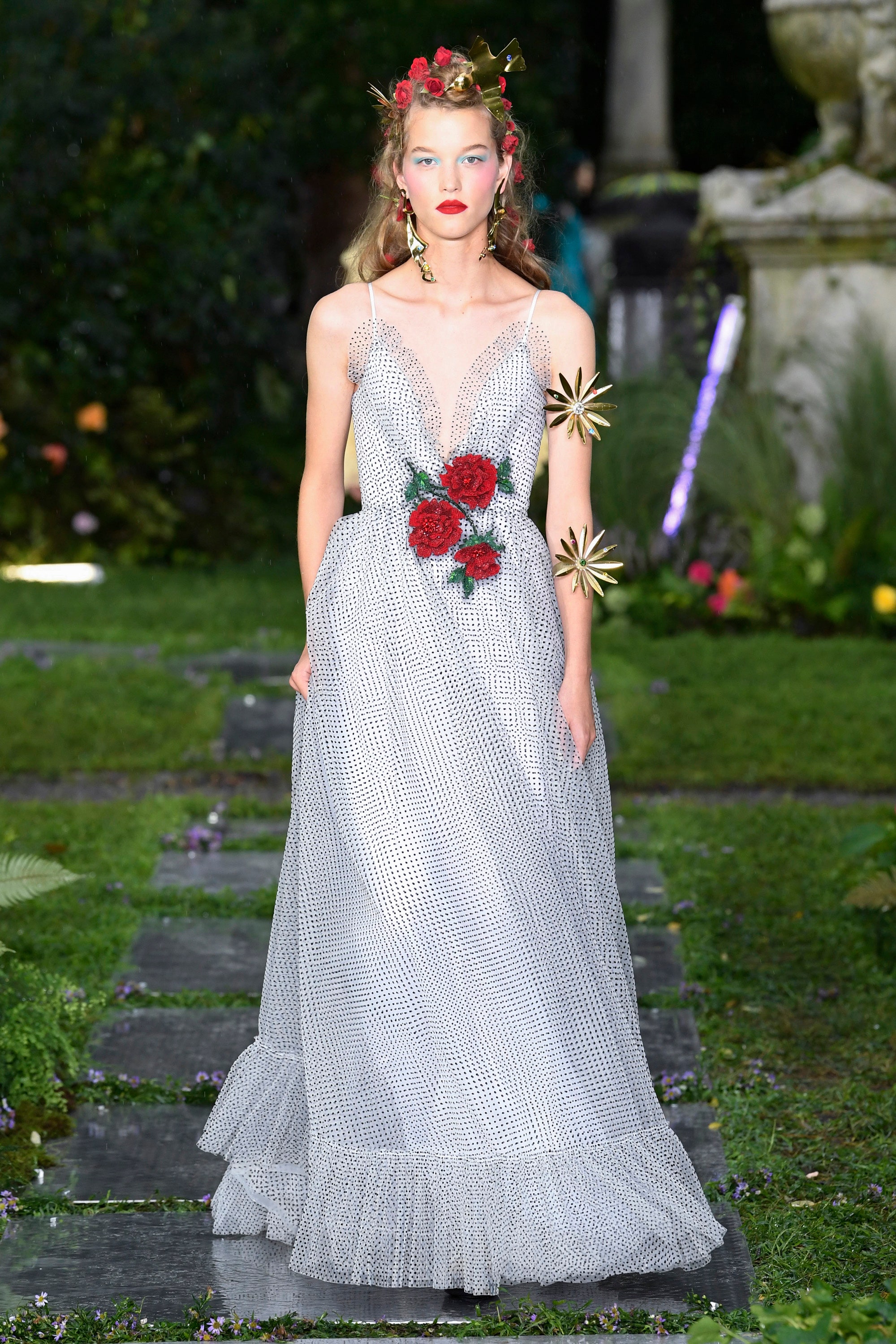 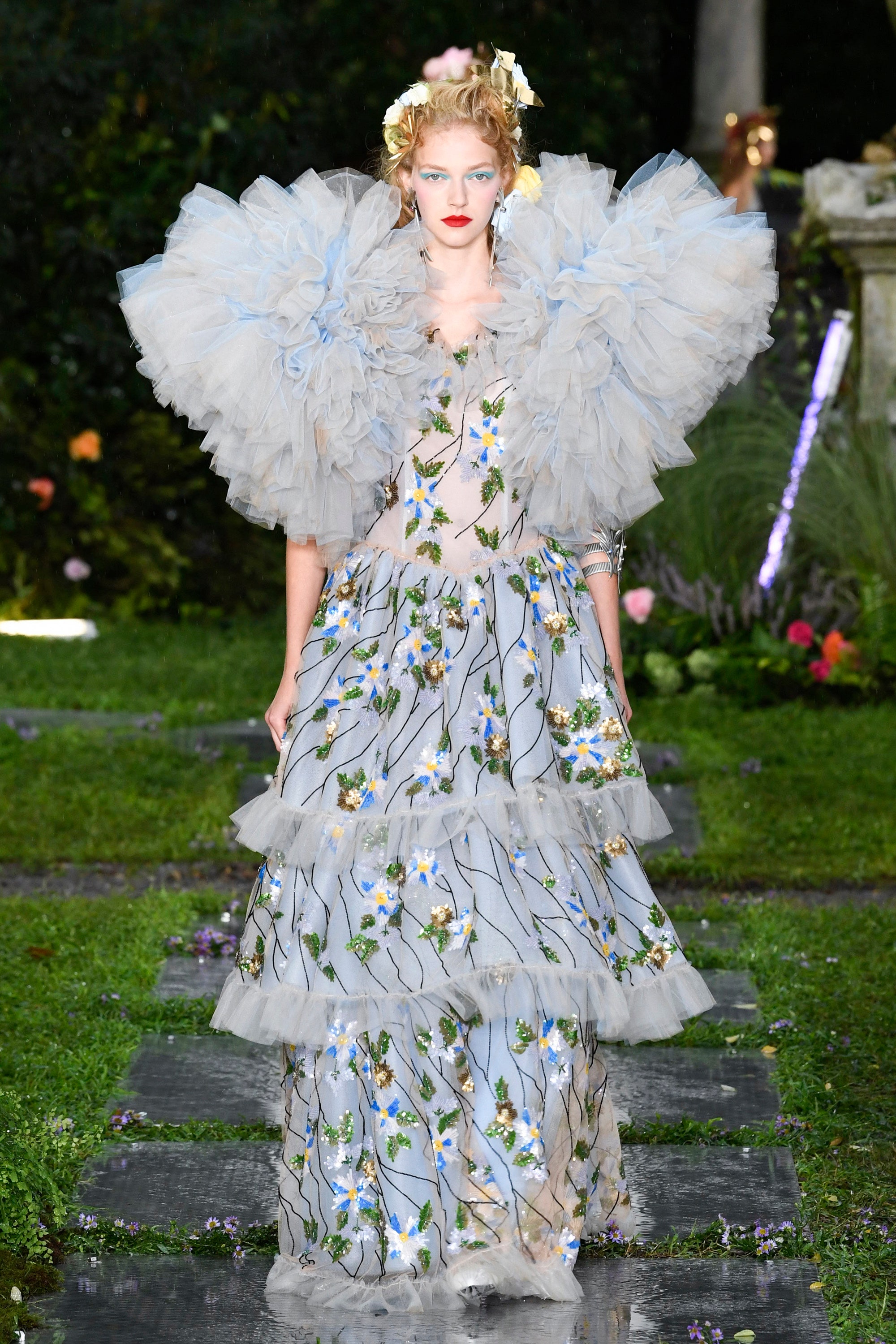 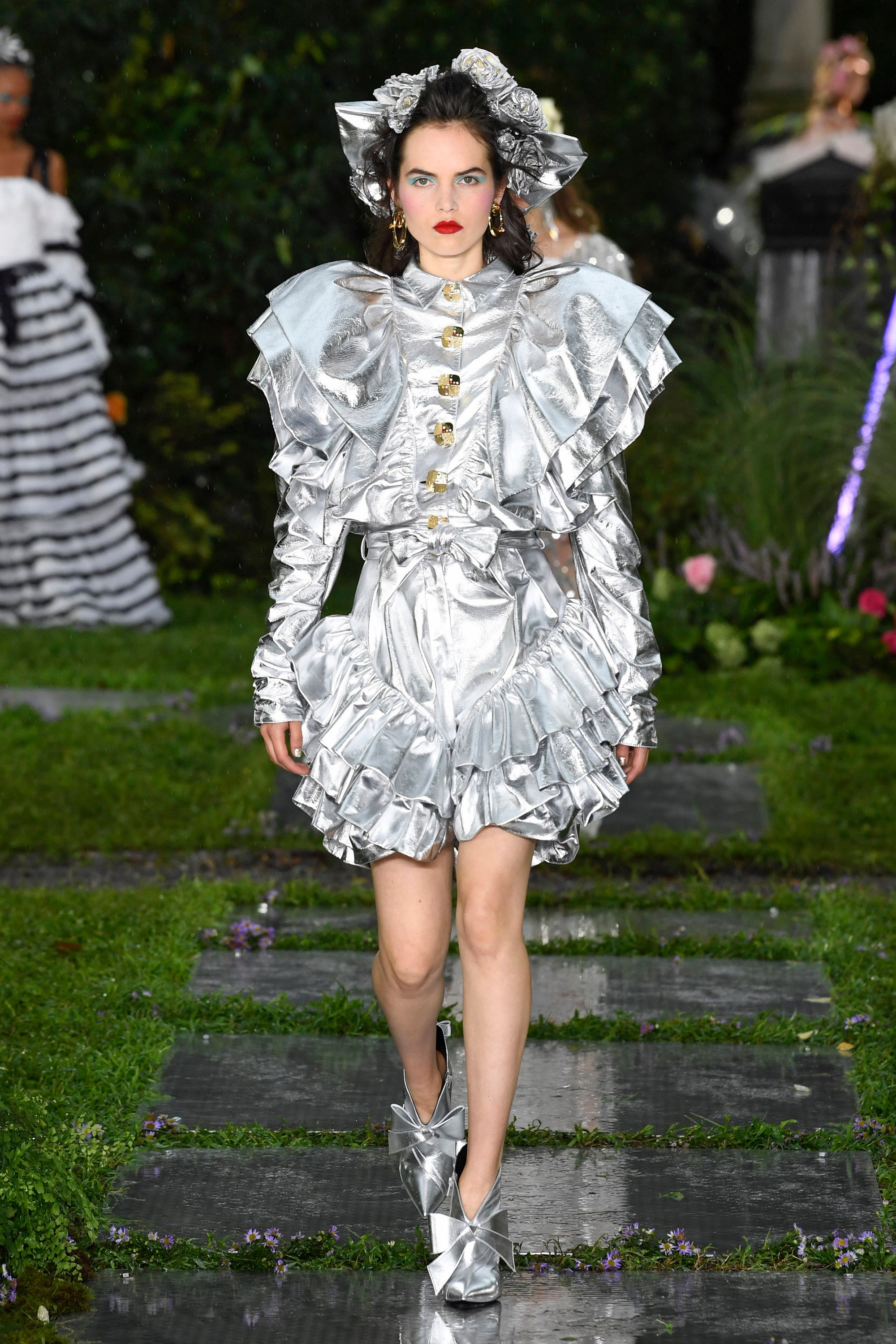 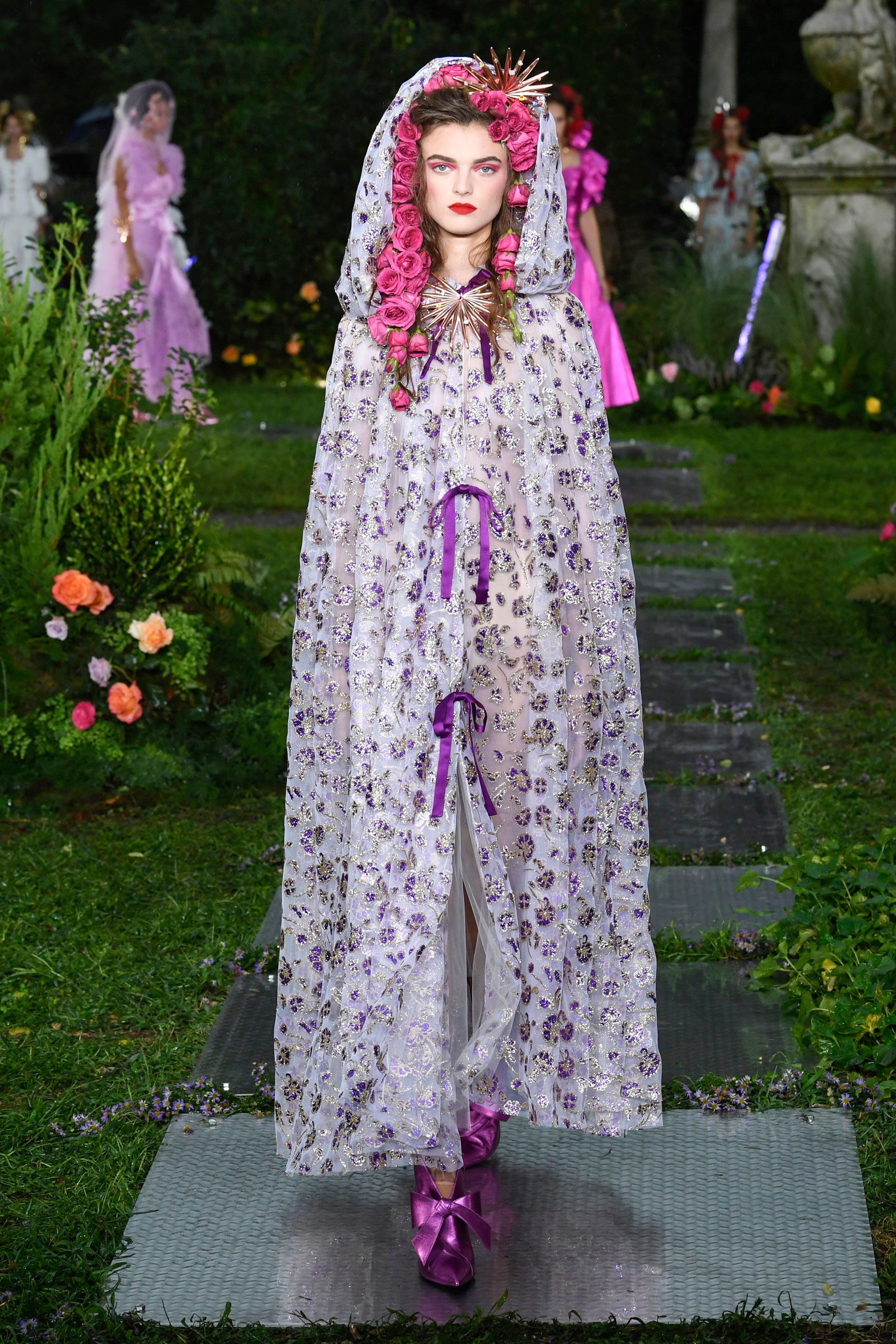 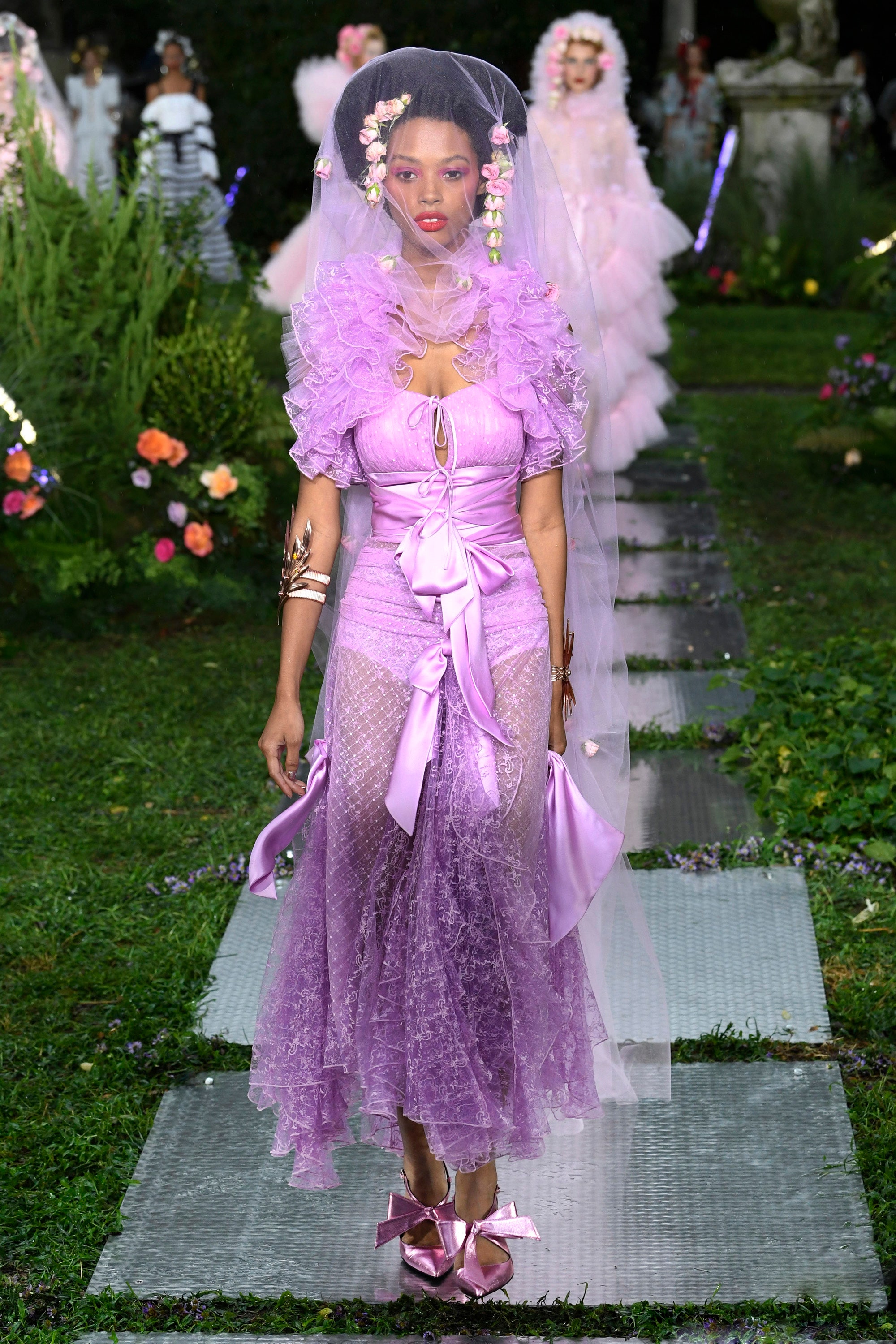 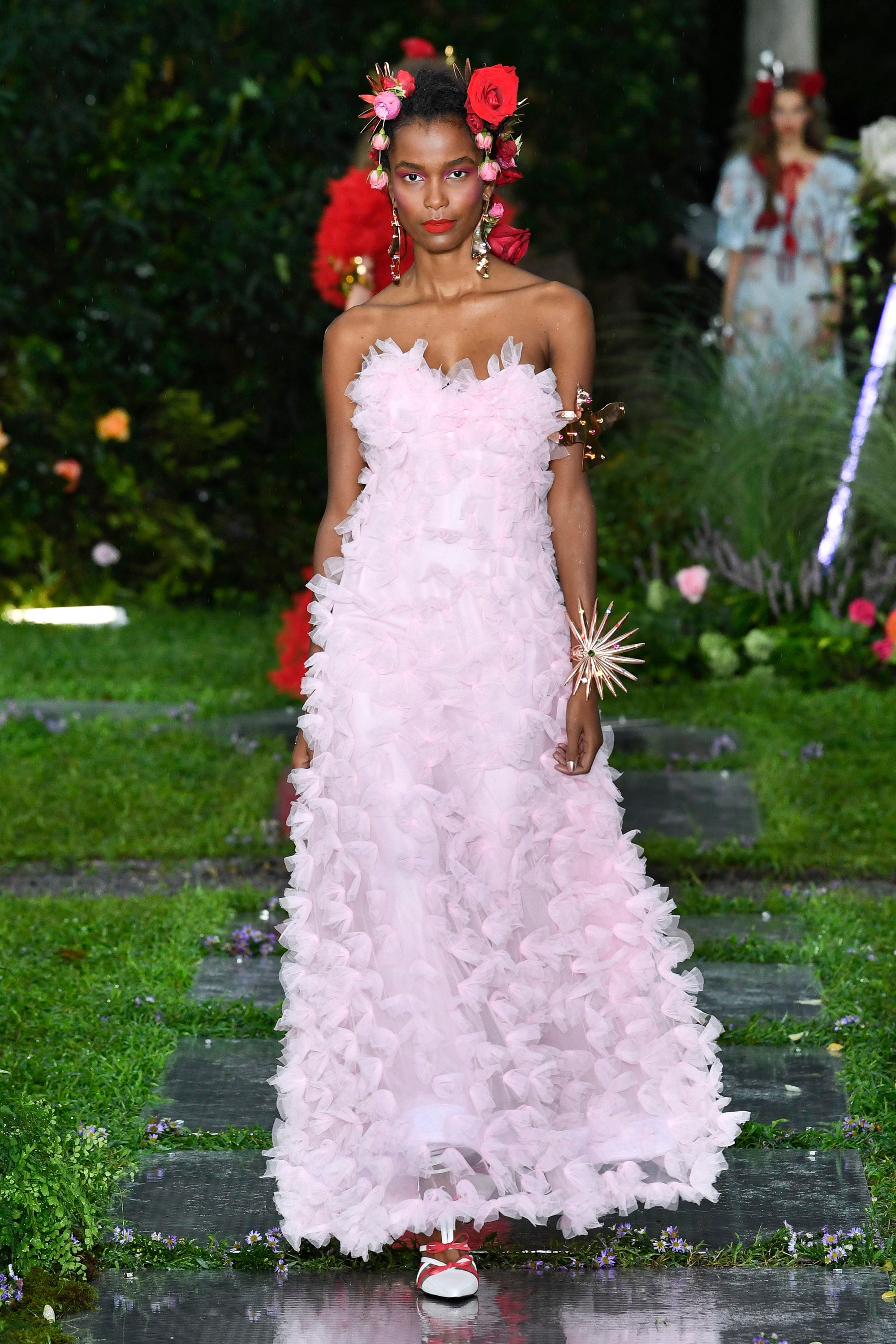 If this were most any other collection, I’d say something at this point about waiting to see what manner of redux actually hits store shelves next Spring. This is Rodarte, though. They typically, if ever, have made any significant changes between what walks their runway and what’s for sale in their stores. Rodarte customers are as unique as their clothing and they want exactly what they see on the runway, not some watered-down, modified version.

Extra applause should also be given to the models who had to walk this show. How they managed to keep their composure and their footing under these conditions is a mystery. I did see a couple of wobbles, but no one fell and considering the size of the raindrops falling when the show started staying on their feet is nothing short of a miracle.

Before I end, I have one final word of caution for other fashion creatives: Please do not use this as an excuse to go tromping around your local cemetery and taking your own “fashion” photographs. The Mulleavy sisters went to great lengths to ensure that no graves were disturbed and all due respect was paid. No one needs a bunch of  copycats trampling gravesites and being a general nuisance. Cemeteries see enough of that this time of year. Thank you.

Rodarte is back in New York and everyone is excited. The only question is how they’re going to top this show come February.