Everyone looked cold. By the time editors and buyers made their way to the Adam Selman presentation Thursday evening, they were not only cold, many had wet feet. Sure, the smart ones wore boots and heavy puffer coats, which is cool. Still, there were far too many people who would rather look good than avoid frostbite. There they were in their open-toed heels, slushing through the snow, attempting (and usually failing) to leap tall piles of shoveled snow in a single bound. Stock up on the cold remedies ’cause these folks are going to need them.

Getting into the Adam Selman show was worth it. Honestly, it was a last-minute decision for us. We had some favorites earlier in the day and had those gone well we simply wouldn’t have had time to add it to our schedule. However, as fate would have it, we were disappointed in the earlier shows and were looking for something that might give us a little faith in New York fashion once again. Adam Selman proved to be the perfection solution to our problem.

Still, there was no getting over how cold everyone looked. Even those who had chosen proper attire appeared chilled so you know those poor models had to be doing their best to not display any outward signs of hypothermia. They walked perhaps a little more quickly than usual and fortunately, for them, there were only 32 looks in the collection.

Adam Selman was a hot ticket again this season. Ever since he dressed pop singer Rhianna for the CFDA awards in 2015, his brand recognition has been growing. Attendance for this show was at standing room capacity and that’s after moving to a larger venue. Still, we did some quick checking and the only store in the Midwest that carries the label (that we could find) is Tender in Birmingham, MI. This underscores one of the biggest challenges for small labels. Just because they’re popular in New York or LA doesn’t mean they have enough capital to spread to the Midwest. Establishing a strong customer base is much more of a risk here, even though Midwest shoppers tend to be a little more brand loyal.

Sadly, buying online from Selman isn’t an option, either. His website is just for looking. This is another small label problem. Website creation requires capital and running an online store comes with a lot of expense and overhead that emerging labels often cannot afford.

So, why are we here if you can’t easily buy the clothes? Because the clothes are worth the extra effort to find them.

Selman’s theme for this season appears to be roses. They were set atop tall columns in the middle of the show space and appeared both in print and applique, which gave the pieces a cool 3D aesthetic. What I really appreciated is that while the roses were certainly dominant throughout the collection, they weren’t on every piece and rarely were they overwhelming. Roses, and flowers in general, are one of those creative elements that are great in measured doses, but begin to look like your great-grandmother’s wallpaper when overdone. Selman very carefully avoids that trap and gives us a good balance.

Another dominant element throughout the collection is shiny metallics. Metallics are likely to be one of the biggest trends we see this season (based on what we’ve seen so far) but, once again, Selman is very judicious in how he uses them. His approach is careful even then the styles themselves might seem exciting and a bit adventurous. I think my favorite metallic piece was a black trench coat that I’ll include in the pictures below. There is a serious feel of glamour going on with this piece that still manages to be a bit understated. It’s always nice when a metallic doesn’t overwhelm.

Denim is Adam’s go-to fabric and these are the pieces most likely to work for Midwestern women. The jumper’s are especially attractive and there’s a jean jacket in there that is going to be right at home no matter where you live. Pay attention to how the pieces are styled in the pictures below.

Speaking of styling, the hair buns models are sporting here have been getting a lot of attention. It’s just enough done up and just enough sloppy to look good with or without the veil. The overly long belts are attractive from a visual standpoint, but I would be concerned about the practicality of something that long just flopping around loose, especially if one has small children, or a rambunctious dog, or playful cats. In other words, unless you’re single and live alone, they’re probably not a good idea.

The ultimate look in this collection was a bit daring, especially given the cold. Selman sent a model down the runway wearing a pair of blue metallic slacks and a bunch of roses. Literally. No top, mind you, but it looked very much as though she had stepped outside, suddenly realized she was topless, and grabbed the nearest rose bush and took it with her. We’ve seen topless variations on the runway before (think Marc Jacobs) but this bushy version was definitely unique.

All in all, I think Adam has every right to expect his brand to explode over the next year. His designs and aesthetic are strong and has a broad appeal. One doesn’t have to stop wearing these clothes when one turns 25. While his stocklist is thin for the moment, consider mentioning his brand to your local department store manager. It might save you a trip to Michigan.

Here are some of our favorite pieces. 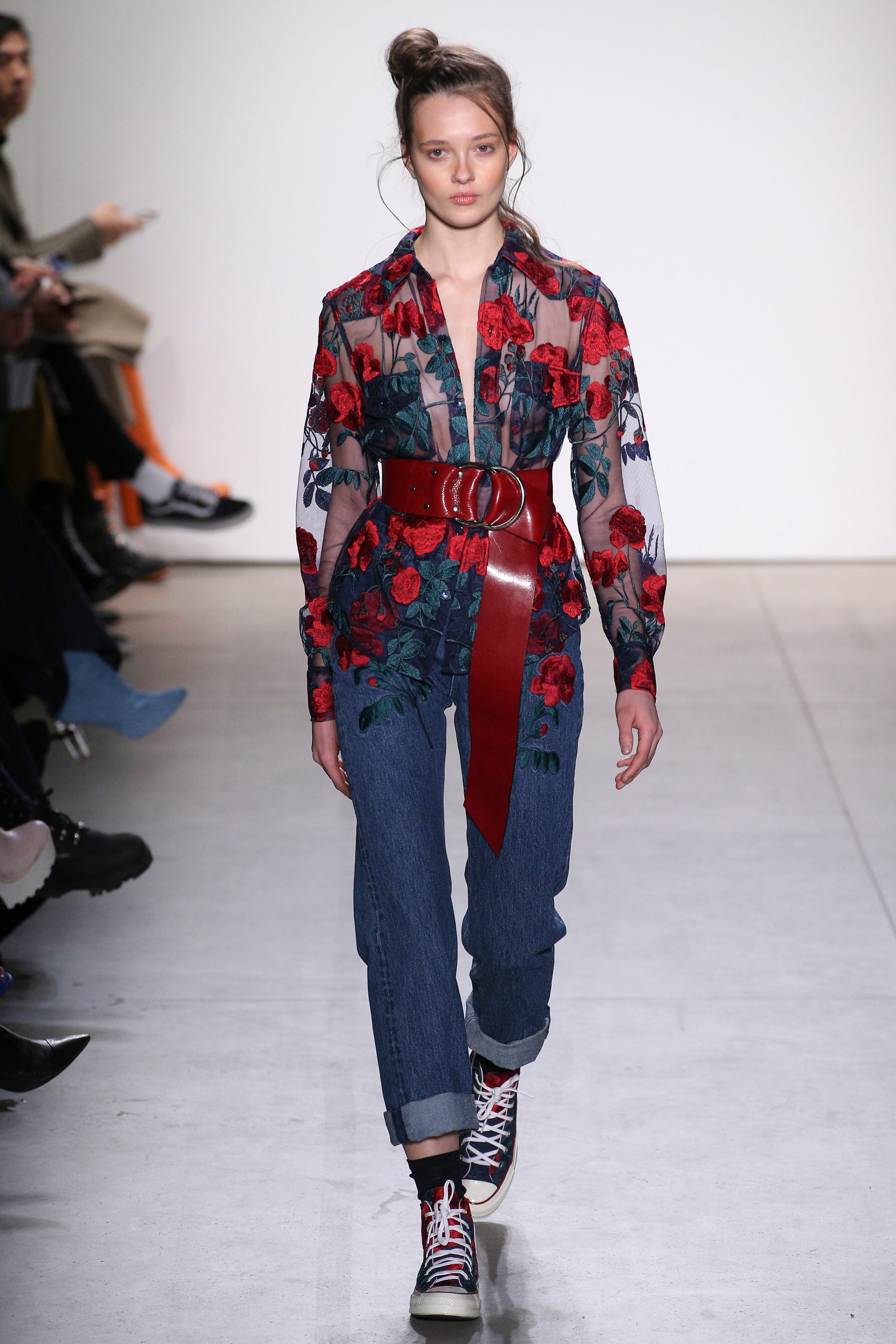 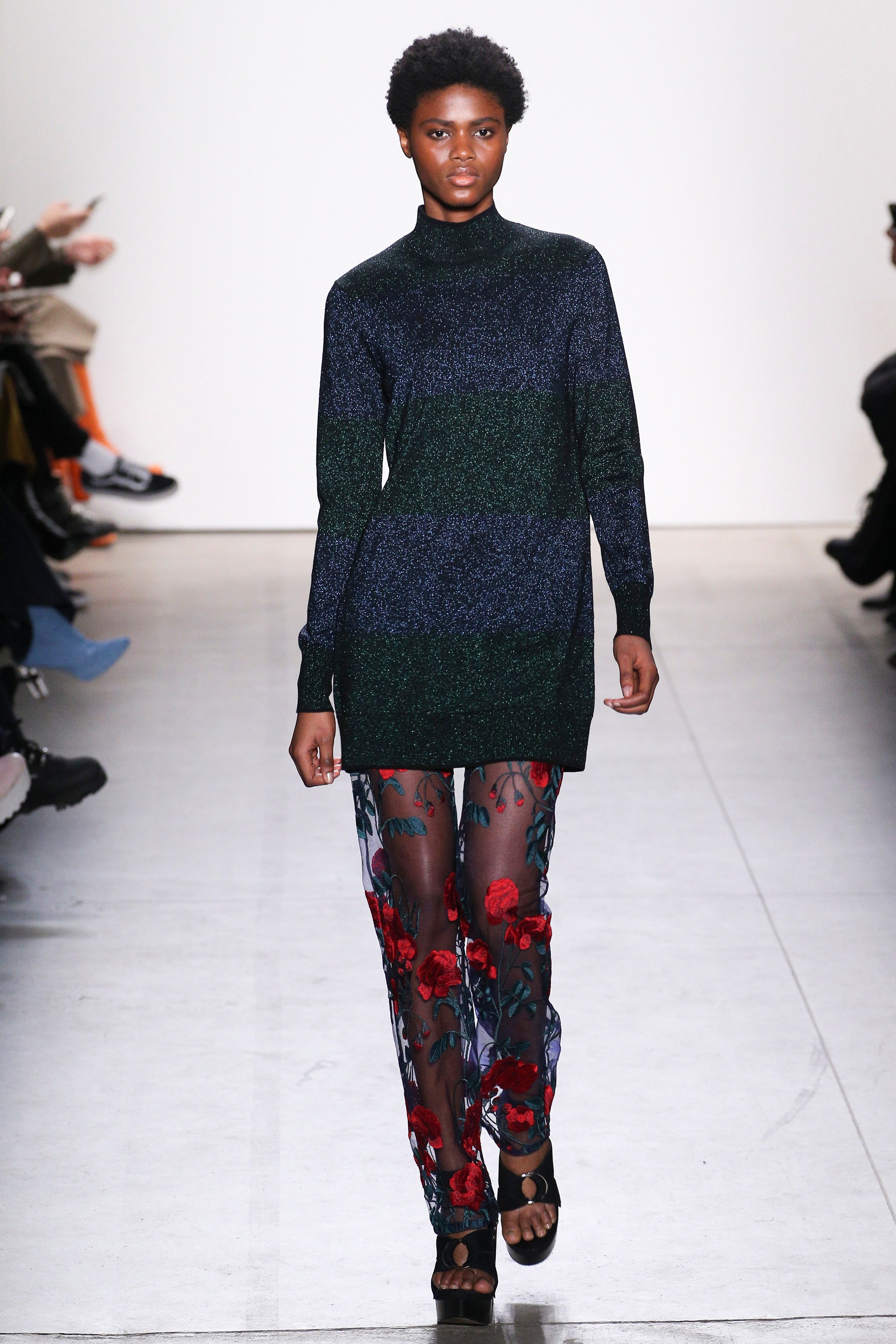 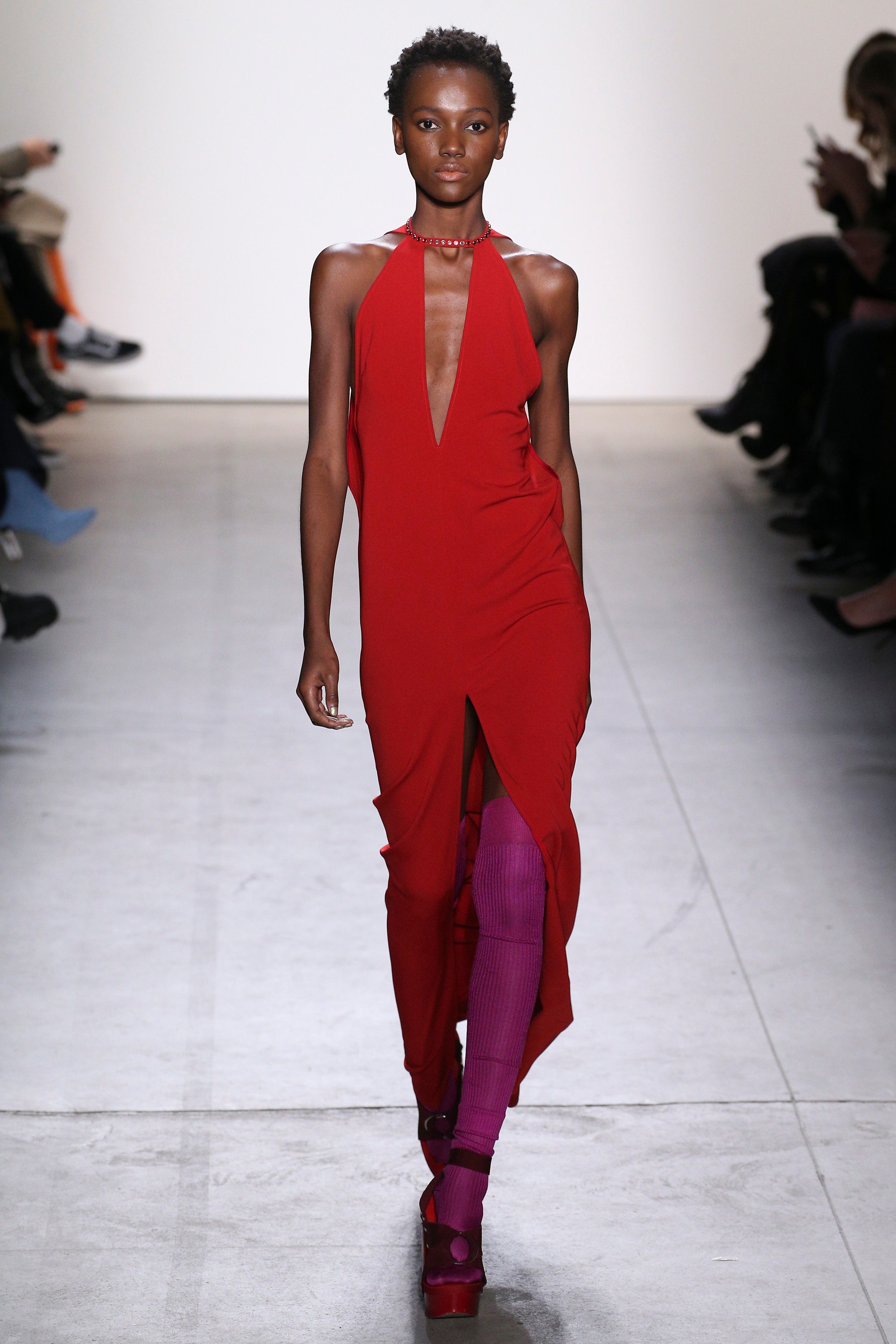 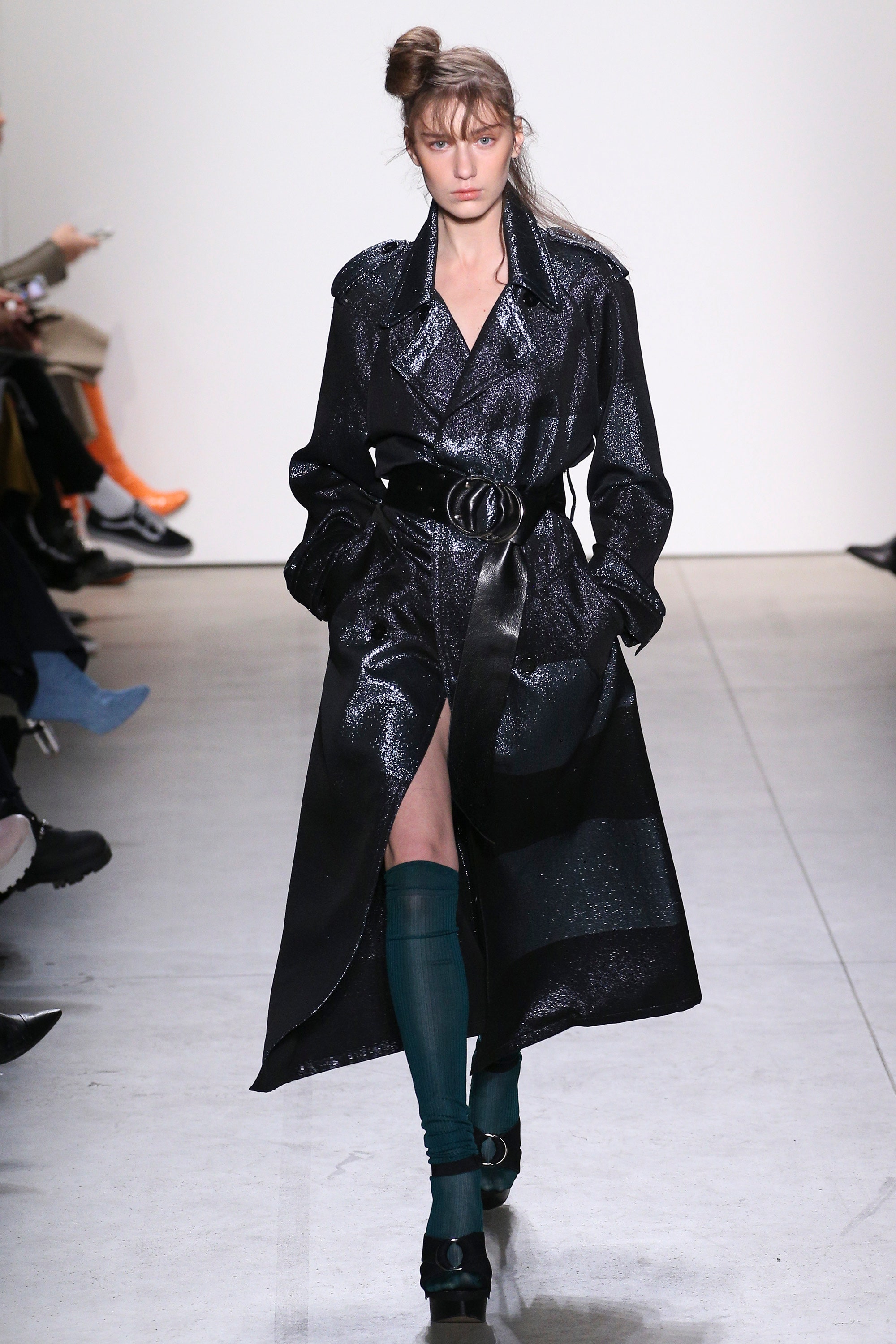 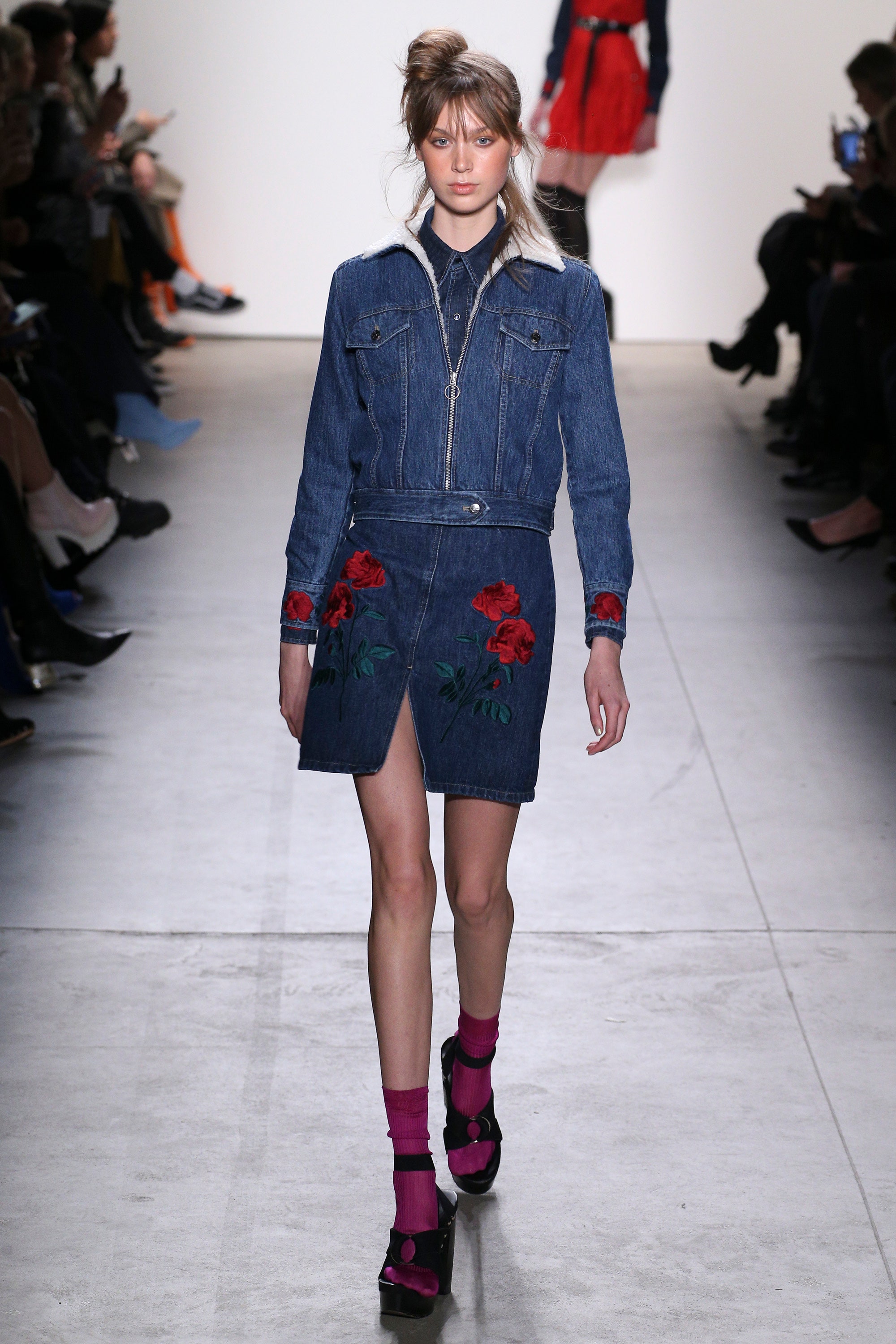 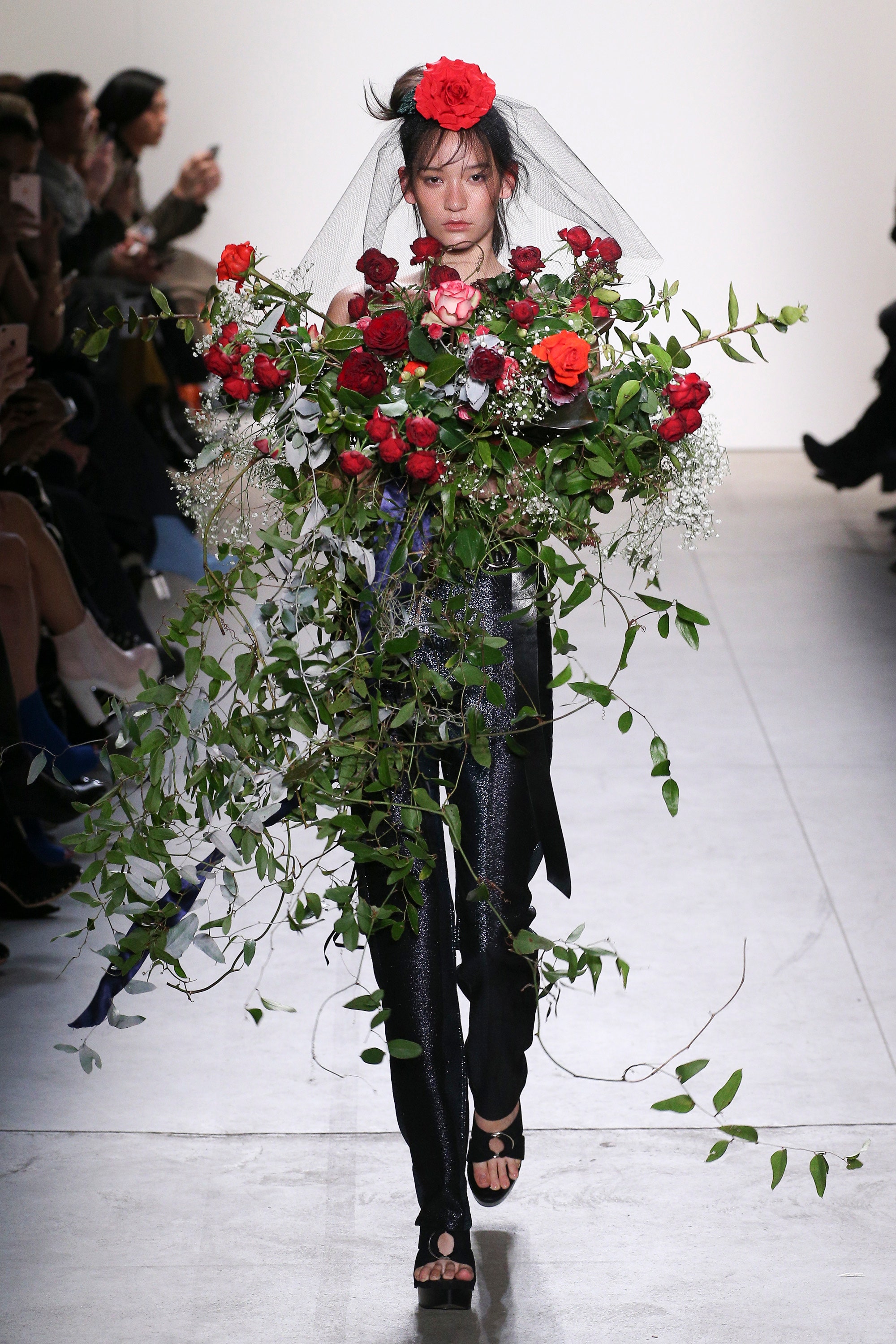 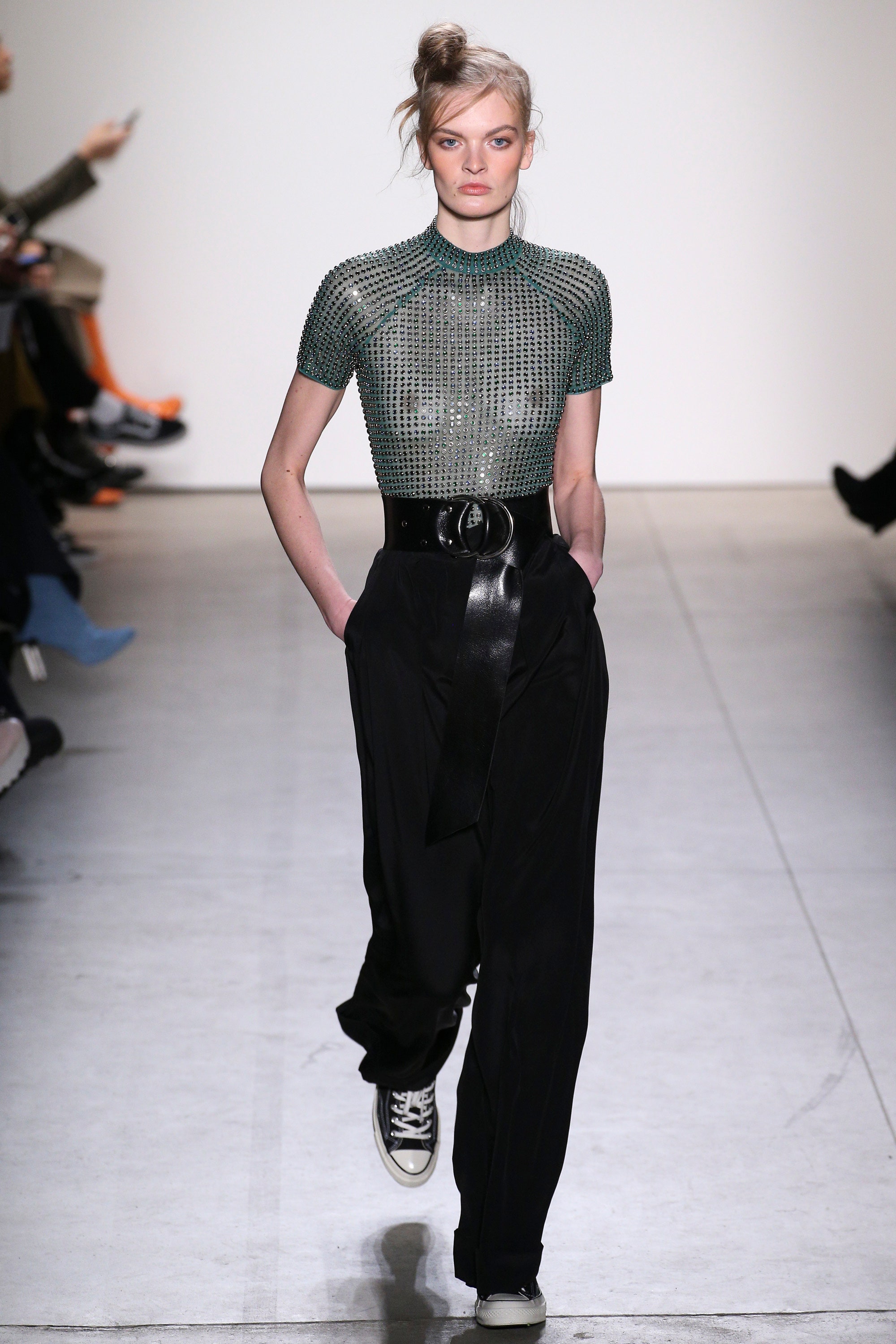