What makes a fictional person believable to an audience? For actress Glenn Close, fashion and creative collaboration have always been significant factors in understanding the characters she brings to life on stage and in film. Known for playing a wide range of personalities with equal aplomb—from Hillbilly Elegy’s earthy Mamaw to 101 Dalmations’ over-the-top Cruella—Close says the act of getting into of character, of truthfully representing another human being’s emotional landscape has taught her a lot about life. “You can’t understand somebody if you judge them,” says the acclaimed actress.

Close started collecting costumes with her first movie, The World According to Garp, selectively choosing iconic fashion from each production, such as the white nurse’s uniform she wore in her portrayal of Jenny Fields. That uniform, along with 55 other ensembles from her voluminous collection, is part of a free exhibit at the Sidney and Lois Eskenazi Museum of Art on the campus of Indiana University (IU) in Bloomington, opening May 6.

Aptly named for Close’s lifelong admiration of the artists who’ve helped her build characters, The Art of the Character displays the work of celebrated designers she worked with over her lengthy career. The collection found its way to Indiana University in 2017 after Close had visited Bloomington as a guest speaker about mental health issues.

Touring the IU campus, the award-winning actress noticed something that piqued her interest: a state-of-the-art archival space that could shelter over 800 garments and accessories accumulated over the decades. Sizing up the university’s lively scene for the study of art and design, Close decided IU was the perfect place to donate her collection, a place where it would not be tucked away and forgotten, but used to ignite creativity in generations of budding designers and artists.

“I knew that if I didn’t preserve them, they would be sold at a great discount to costume houses and rented out, changed, torn apart, remade and then eventually I don’t know where they would end up,” Close says.

“It just seemed like a desecration of all the incredible work that went into not only the design and building of them, but also what they represented for the characters I played.”

For the past five years, students in the Eskenazi School of Art, Architecture + Design have been working with the collection in classrooms, learning the nuances of design for creative arts such as film and theatre. “I think she [Close] liked the idea that we did a lot of hands-on learning with these objects,” says Kelly Richardson, curator of the Elizabeth Sage Historic Costume Collection at the IU Eskenazi School of Art, Architecture + Design.

The Art of the Character shows ensembles by designers such as Anthony Powell (101 and 102 Dalmatians), Ann Roth (Stepford Wives), Ellen Mirojnick (Fatal Attraction), and James Acheson (Dangerous Liaisons) and artists such as Barbara Matera and Katherine Marshall. Within the exhibit, visitors will see how costumes have been used to convey contemporary ideas as well as gender and stereotypes, historical dress and fantasy.

The exhibit, which runs through November 14, is augmented by several experiences, including film screenings, lectures and activities for all ages. Learn more at the museum’s website. 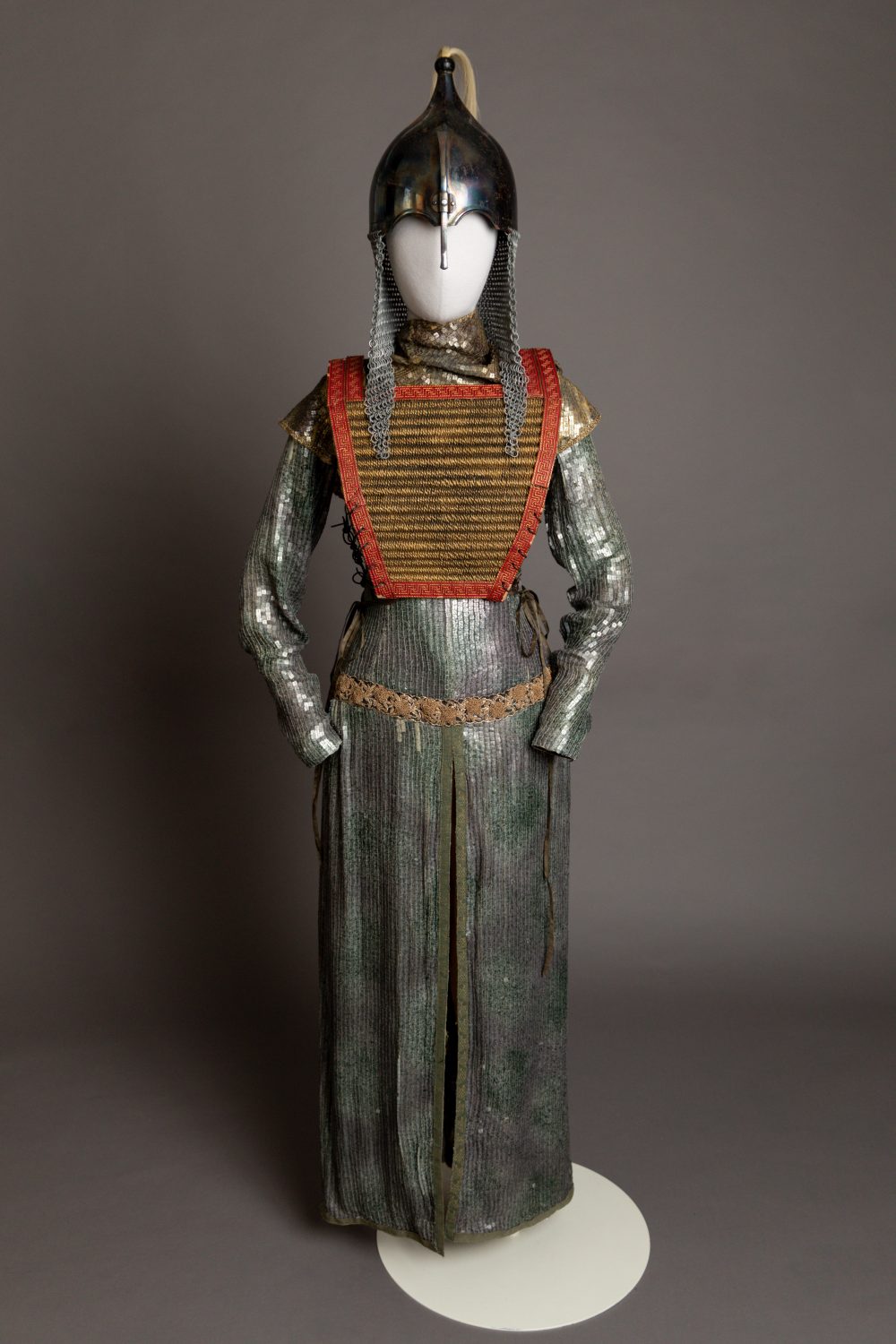