When one arrives at a fashion show, especially those as prestigious as a major label in Milan, one expects to be placed on less-than-comfortable seating, typically positioned too-close-for-comfort next to someone who decided that cologne was an acceptable substitute for bathing. Yes, even at this level of fashion it still happens.

So, imagine the surprise of guests arriving at this Marni show only to be shown a seat on a bed. Not a pretend bed, mind you. An actual bed. This made the act of sitting somewhat challenging and just a tinge awkward when one could look across the catwalk and become embarrassingly aware of the fact that the person on the opposite mattress wasn’t wearing underwear. The need to divert one’s eyes didn’t help matters as the same decision was made by more than a few people, none of whom expected to not be seated on something more closely resembling a chair.

Welcome to the discomforting world of Francesco Risso where the name of the collection is “Mattress Recipe” and the inspiration was an odd mix of Venus de Milo and Doctor Frankenstein. Risso may be one of the few young designers who still works from what I assume his peers might refer to as OG methods. That is, no computer drawings, no digitized prints, but everything done by hand on mannequins with muslin … and paint. The result was a beautifully bizarre collection of clothes that were expertly finished but still looked undone. Like the scars on Frankenstein’s monster or the missing arms of the Venus de Milo, whose image graced the prints of several looks, the styles were off kilter in a way that made the attractive and enticing.

Okay, so nothing here is exactly straight, no hems are even let alone symmetrical, and maybe some of those jackets are carefully perched in a way that might not survive actual moving around in the way that most humans move. It was almost impossible to not fall in love with the looks and by the end of the show be ready to declare Risso either a monster or a genius. I’m pretty sure most people settled on genius. Dr. Frankenstein would be jealous. 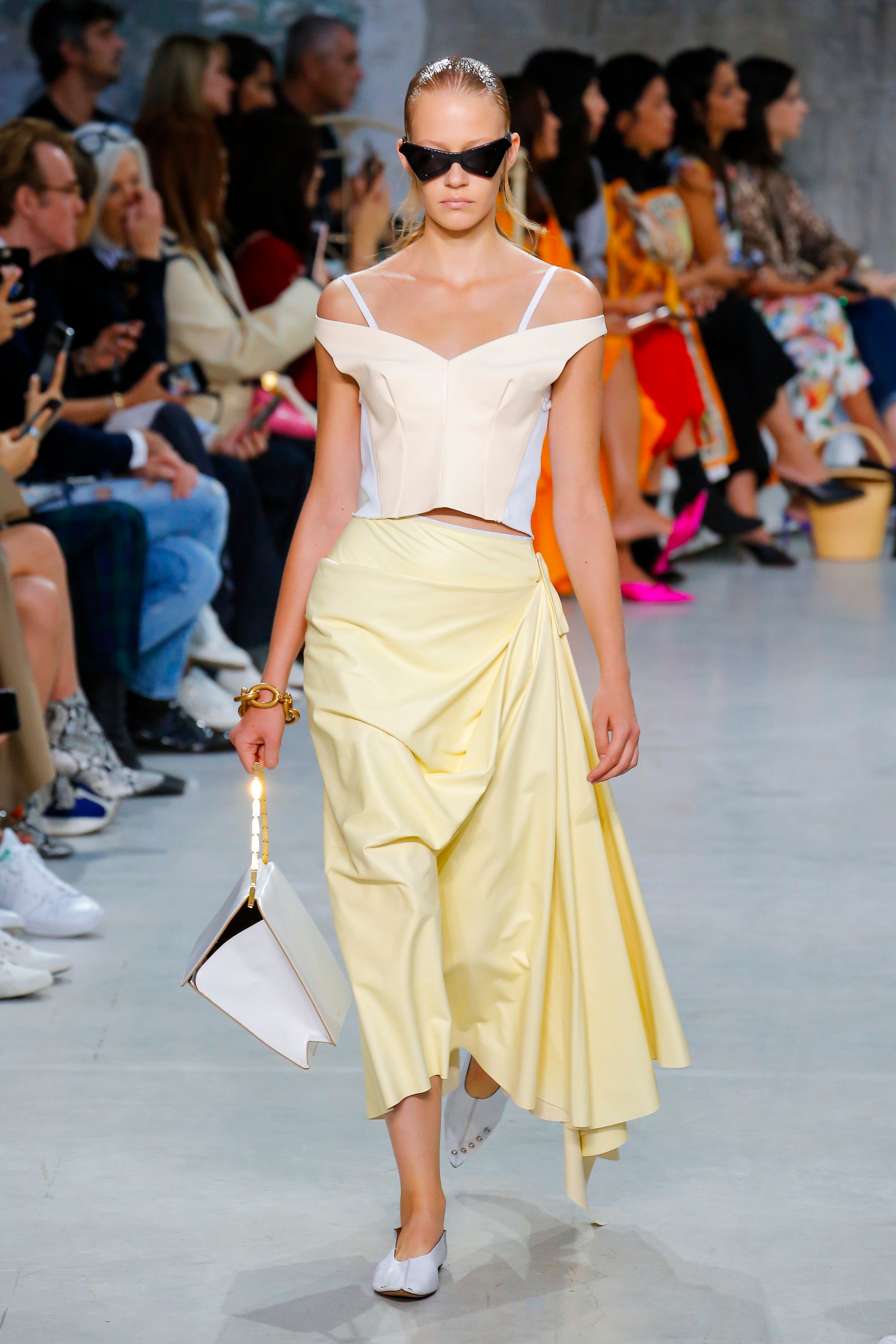 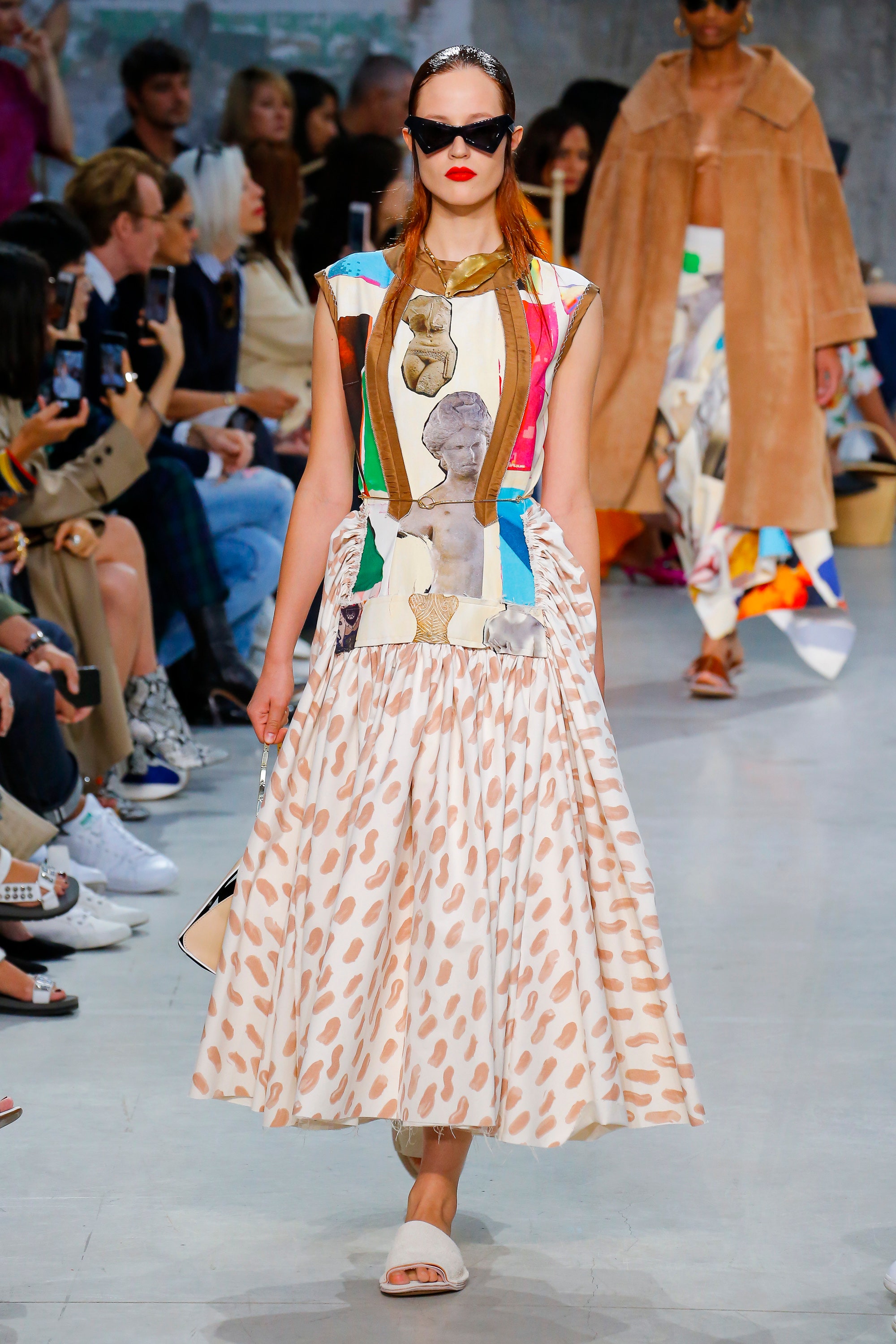 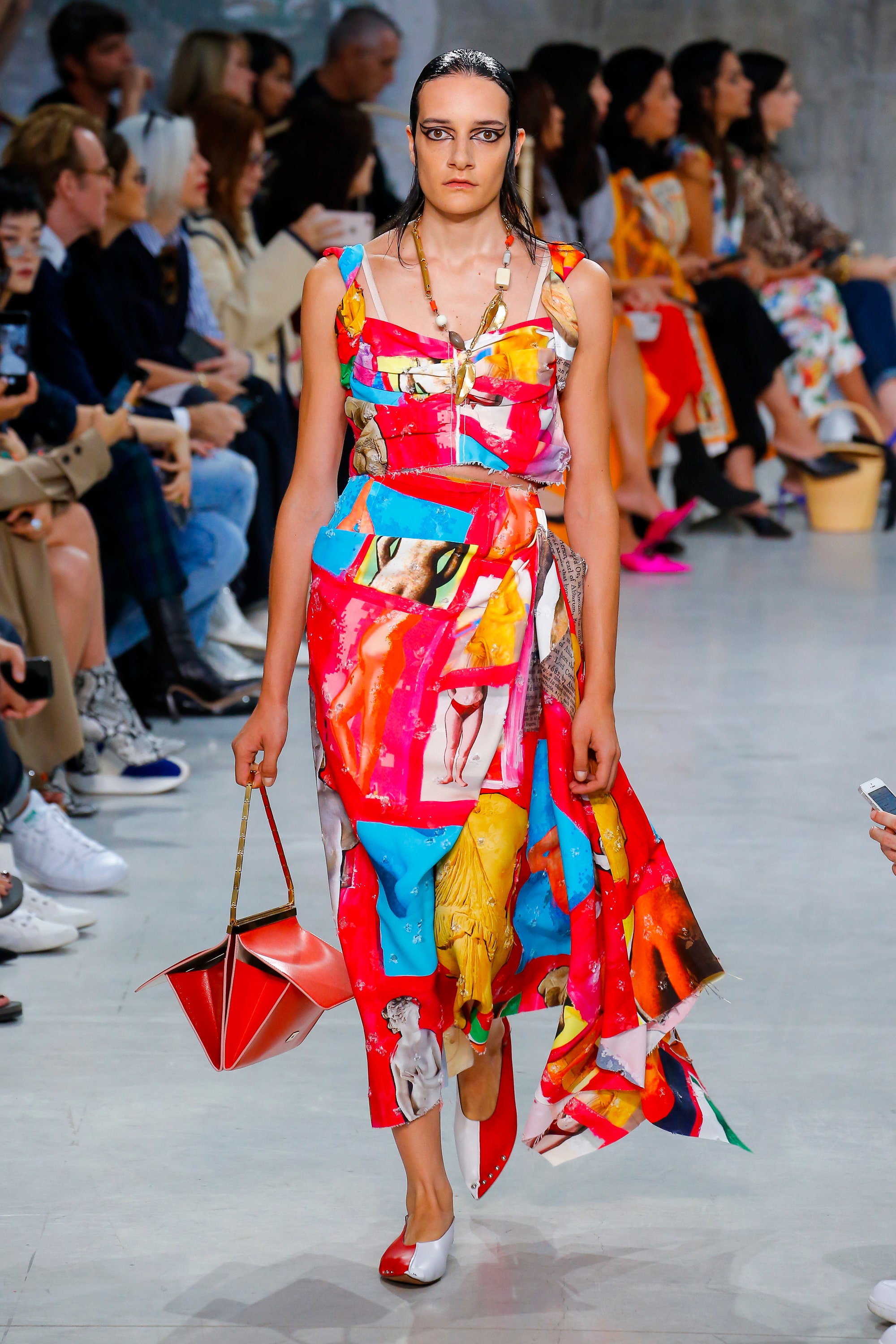 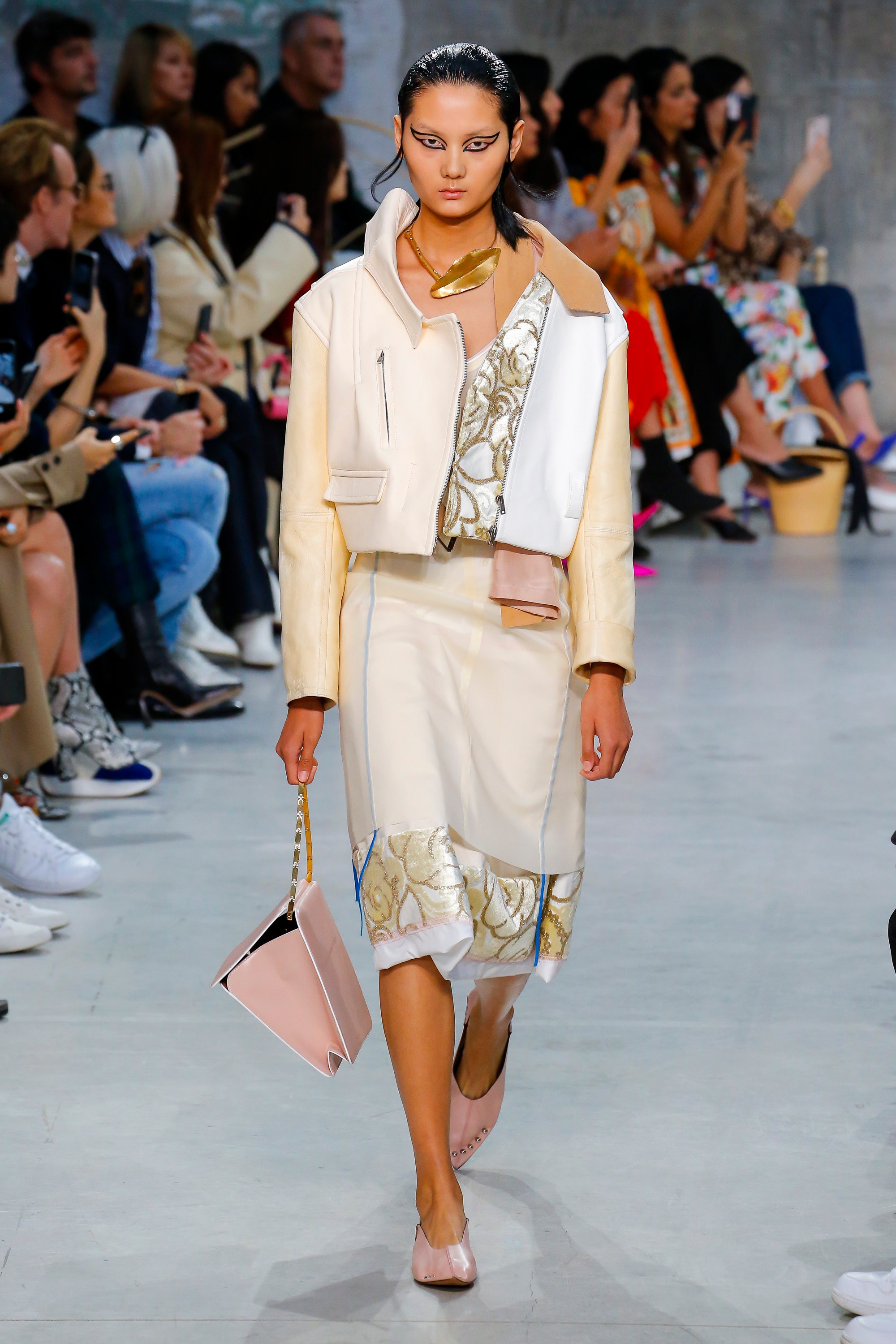 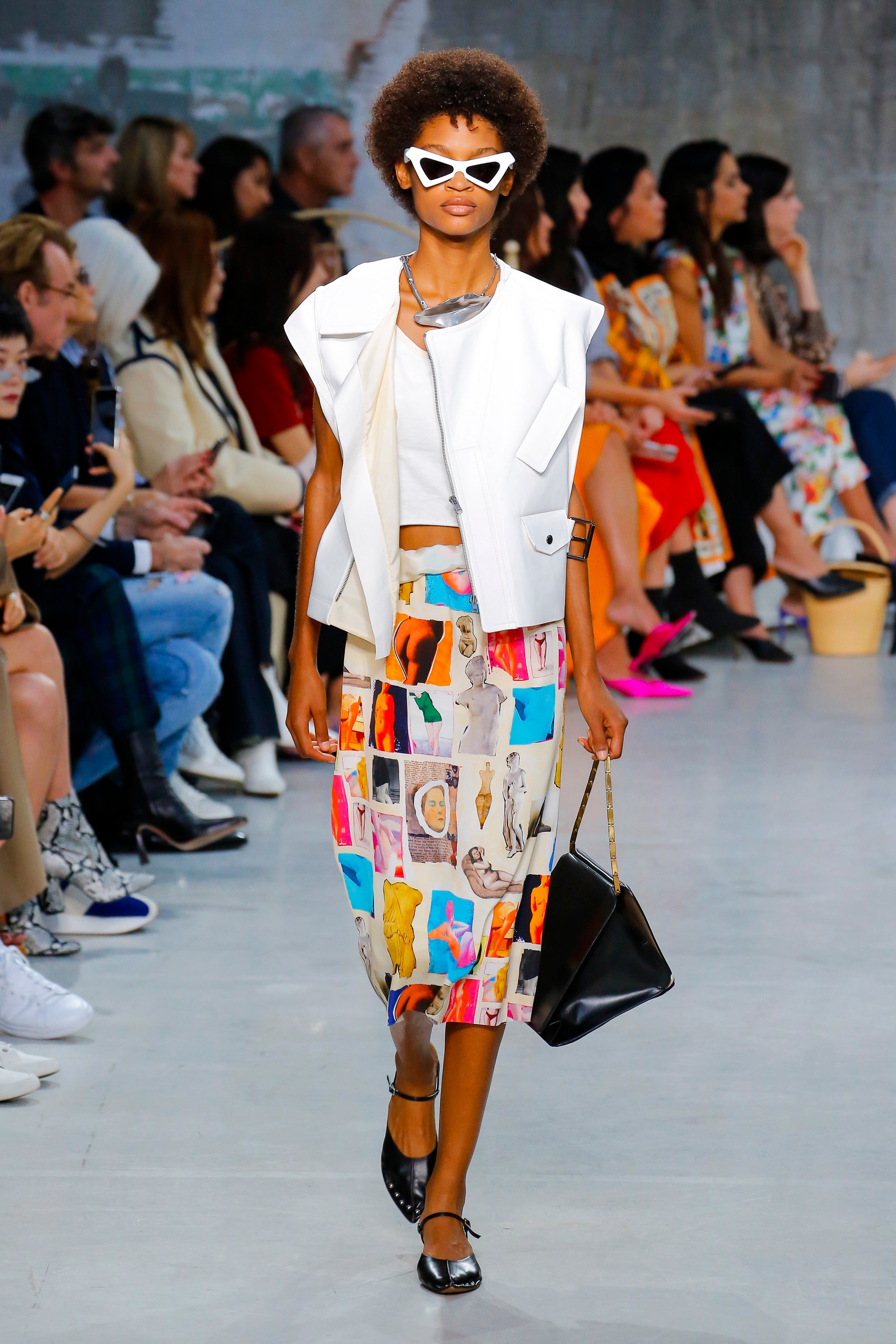 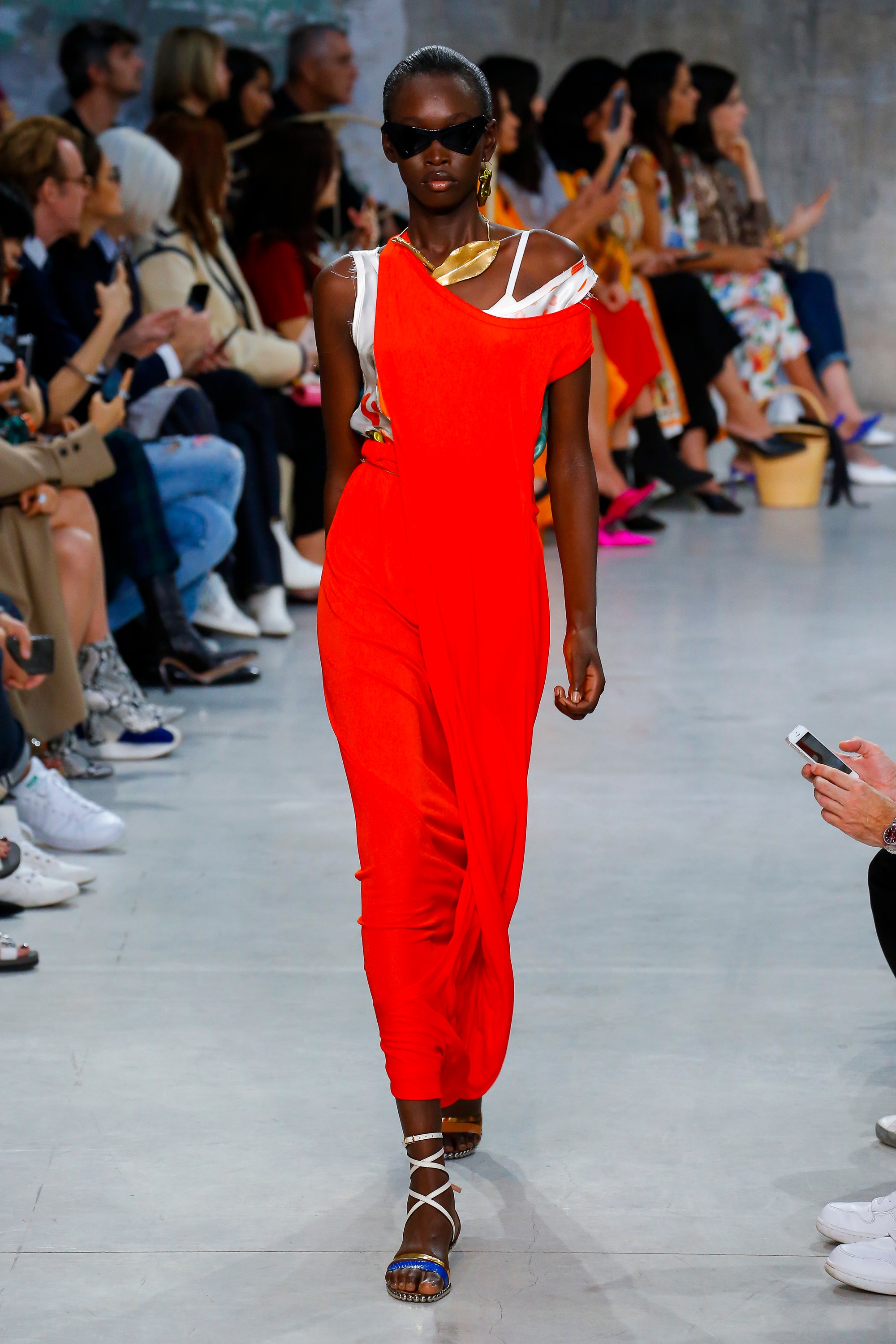 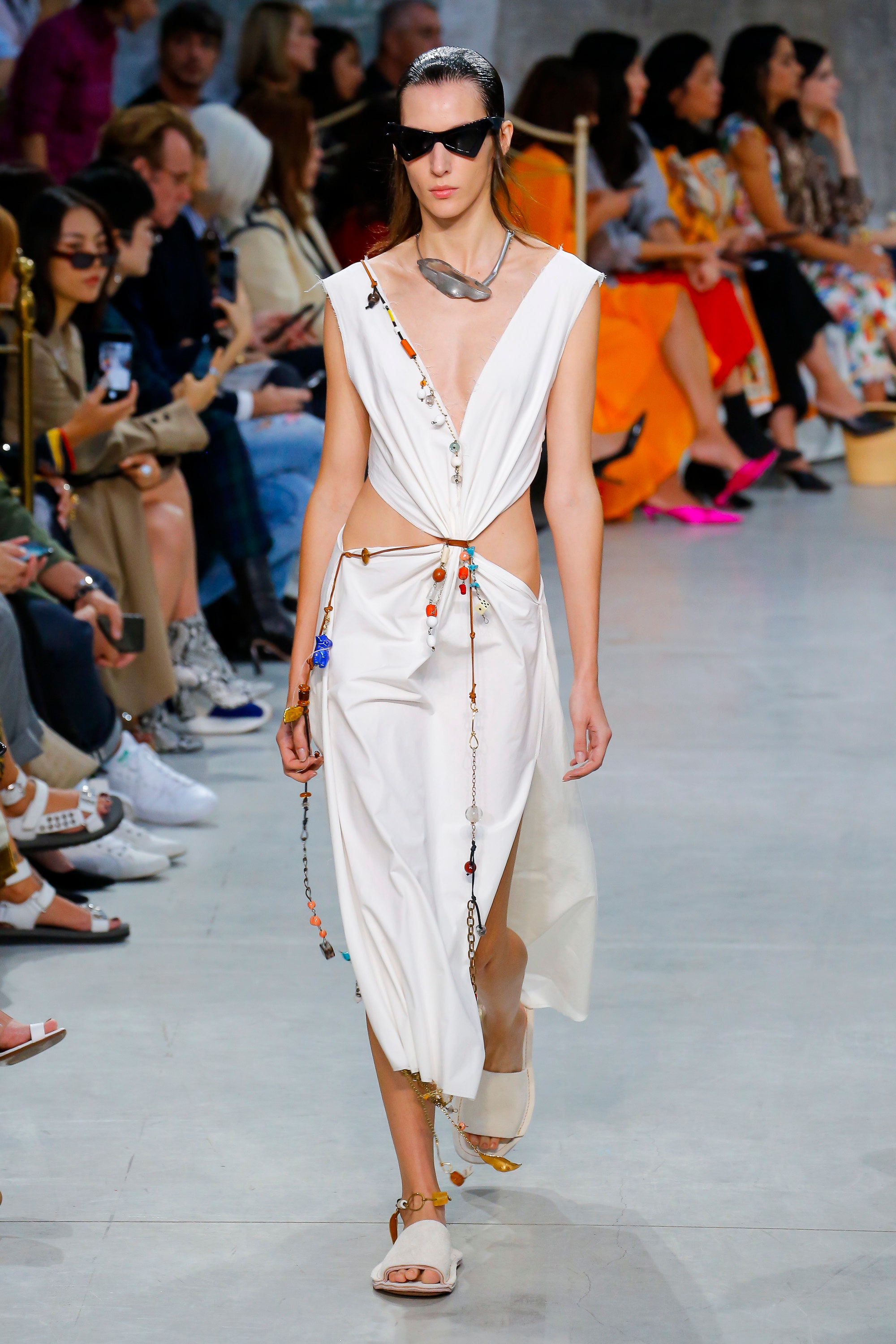 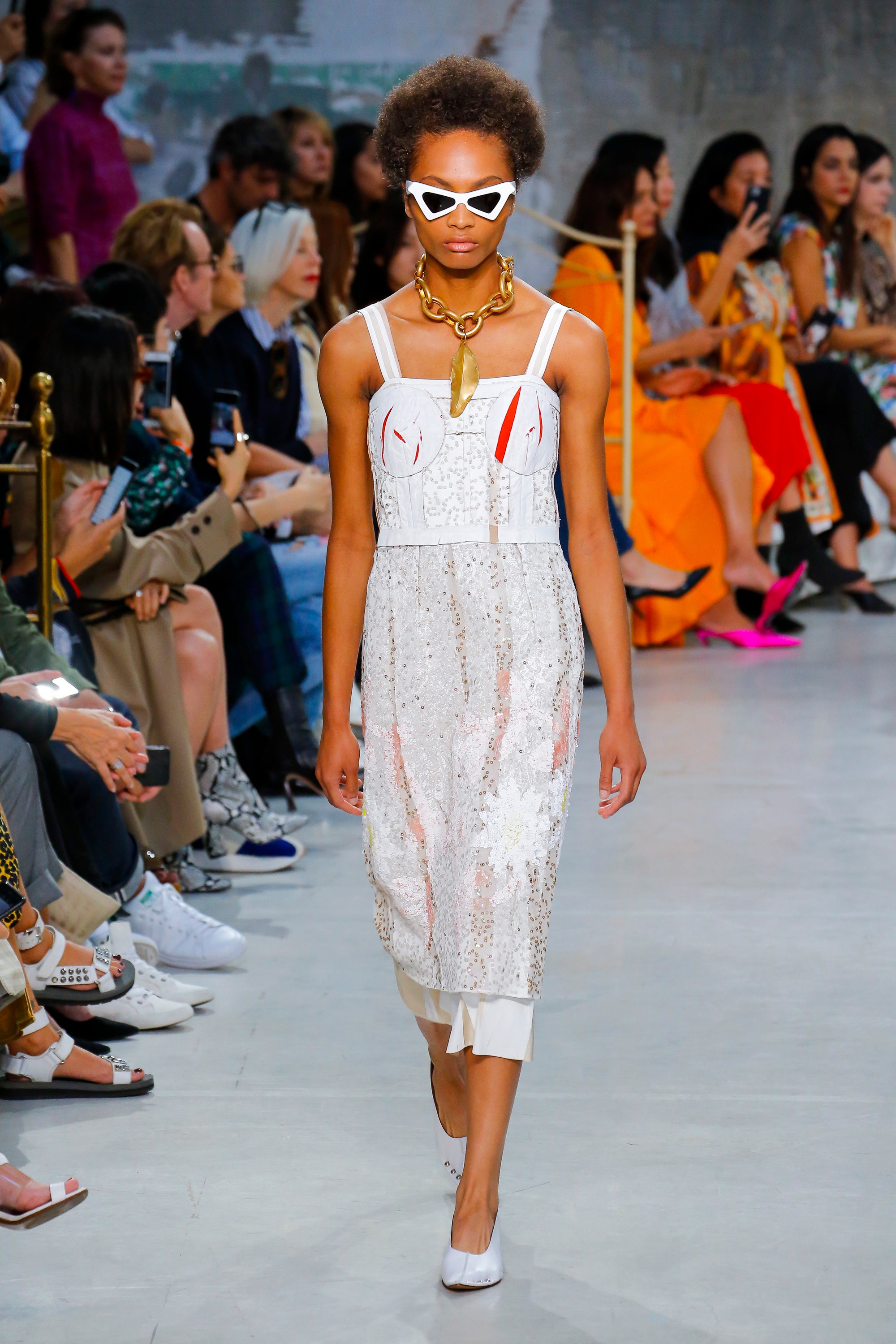 There is a sense of handcrafted artistry in Risso’s work. One sees the mishappened polka dots and wonders if those are Risso’s own fingerprints one sees in the paint. One notices dangling threads from the hem of a skirt and perhaps wonders if the designer was suddenly distracted and forgot to go back and trim his work. He has managed, somehow, to capture in clothing an aesthetic not unlike a masterful painting or sculpture that is certain to be a masterpiece if only the artist ever gets around to finishing it.

To some degree, this isn’t all that unlike Jeremy Scott’s sketch clothing for Moschino. Risso is giving us a sense that’s he’s letting us look under the covers, behind the scenes in the artist’s studio. The difference is that there’s no lampoon here. Risso takes the artwork quite seriously, having accumulated some ten copies of the Venus de Milo in various renditions prior to beginning work on this collection. What we saw on the runway isn’t treated as a joking, “Oops, I didn’t have time to finish,” and more of a “Take this for now and maybe I’ll do something different with it later.”

Like the madman who was certain he could create a living being out of spare body parts, Risso is determined to fashion a clothing line of disparate pieces of cloth and paint and creative stitching. Maybe it will work, maybe it won’t, but he won’t be satisfied until he gives it a try.

Is Risso nuts or is he one of the most brilliant designers of our time? I suppose the point is always up for debate with any creative, but for the time being, the best money is on Risso being that level of genius that the rest of us lack sufficient vision to understand. And he’s just getting started. Fire up the Tesla coils, Igor. There’s fashion to create.