Watching this afternoon’s show, one of the first things to come to mind was the line from the nursery rhyme, “Pretty little maids all in a row.” We’ve become so accustomed to Anderson’s unisex collections that seeing a decidedly feminine collection with every look topped by a kerchief was almost a bit shocking. Granted, this is a good kind of surprise. One can much more easily imagine wearing these pieces than was possible with last season’s collection, for example.

Anderson says that he was going for a more bohemian approach this season and to that end, he was largely successful. Along the way, he also tosses in a little bit of Little House on the Prarie and those awful poofy sleeves from the 80s (which he really should give up), and even a slight hint of a Victorian aesthetic in his shirt dresses. There really is a lot to this ambitious collection, to the extent that one has to wonder just how much will actually make it into production.

Some of the better touches are in the details and accessories. Crocheted lace shoulder pieces are especially precious. Combine those with tall boots and scalloped edges and one might get a sense of nostalgia running through the obvious bohemian touches. Only the opera gloves seemed a bit out of touch.

Giving clothes a sense of handcraft seems to be on trend for London this season and the aesthetic is going over well with audiences. Whether this enthusiasm continues into next spring may depend more on fiscal attitudes once Brexit takes effect than actually reflecting the clothes. Anderson is fortunate, though, since his brand is part of the LVMH group, headquartered in Paris, he might be a bit immune to some of the potential fallout. 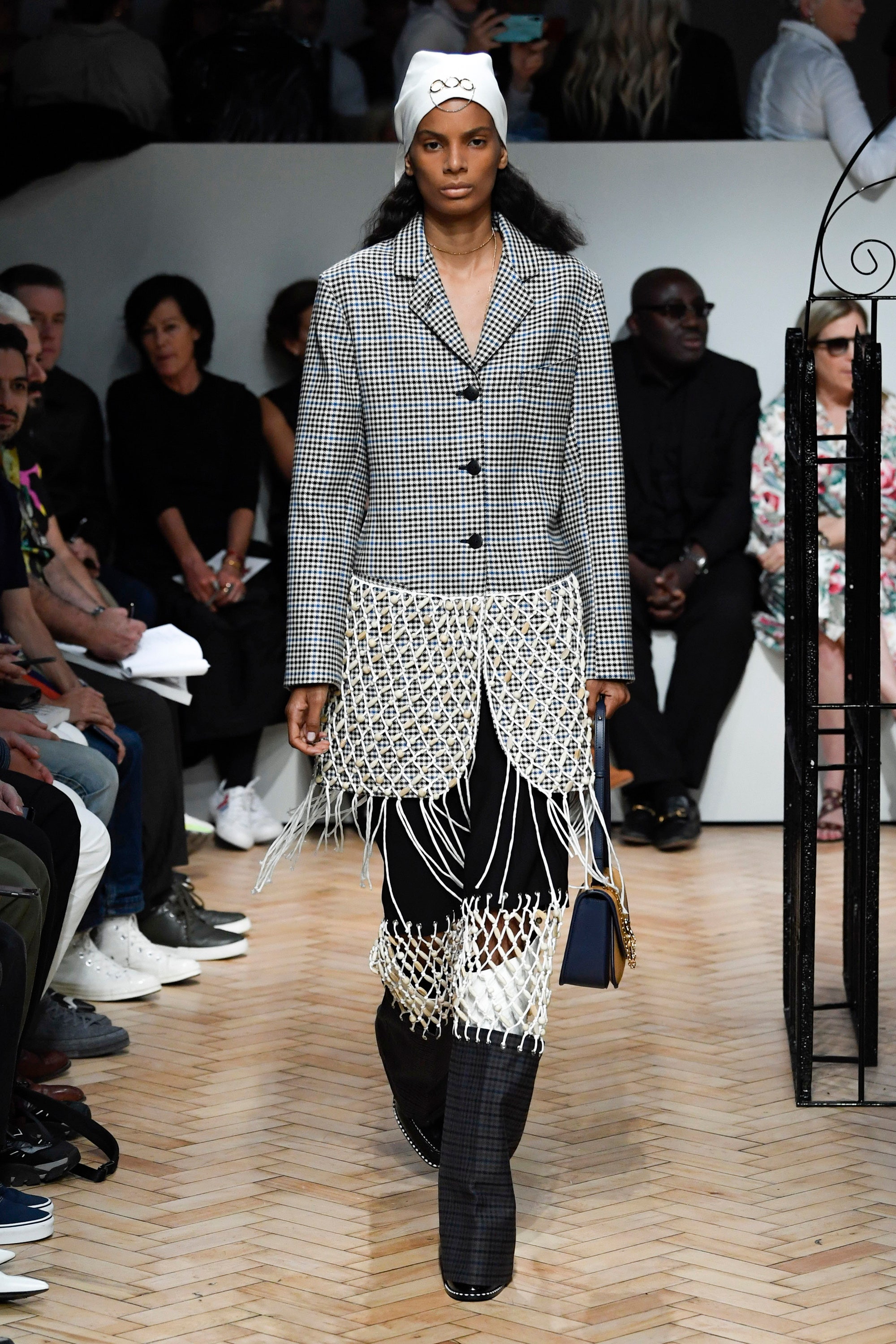 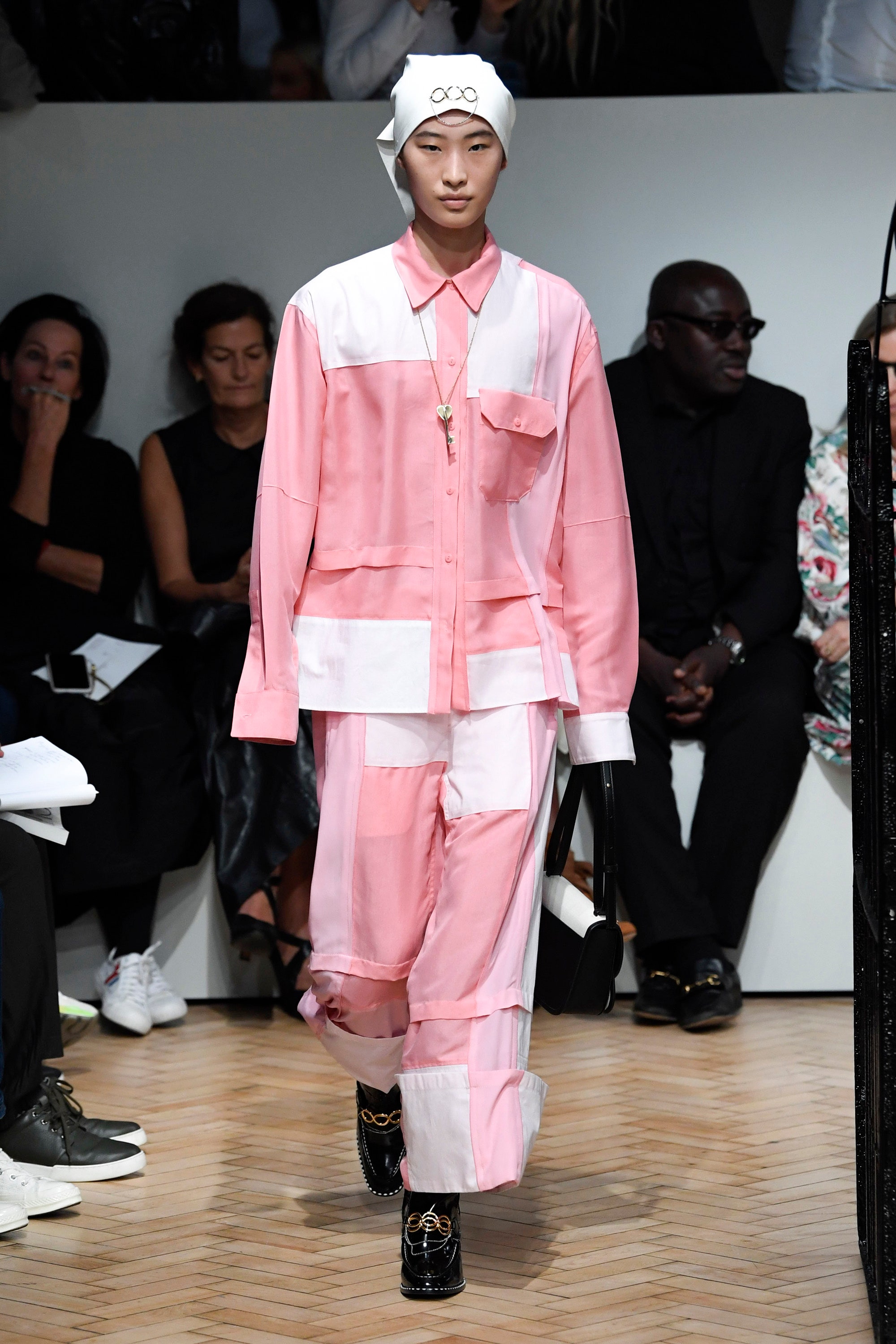 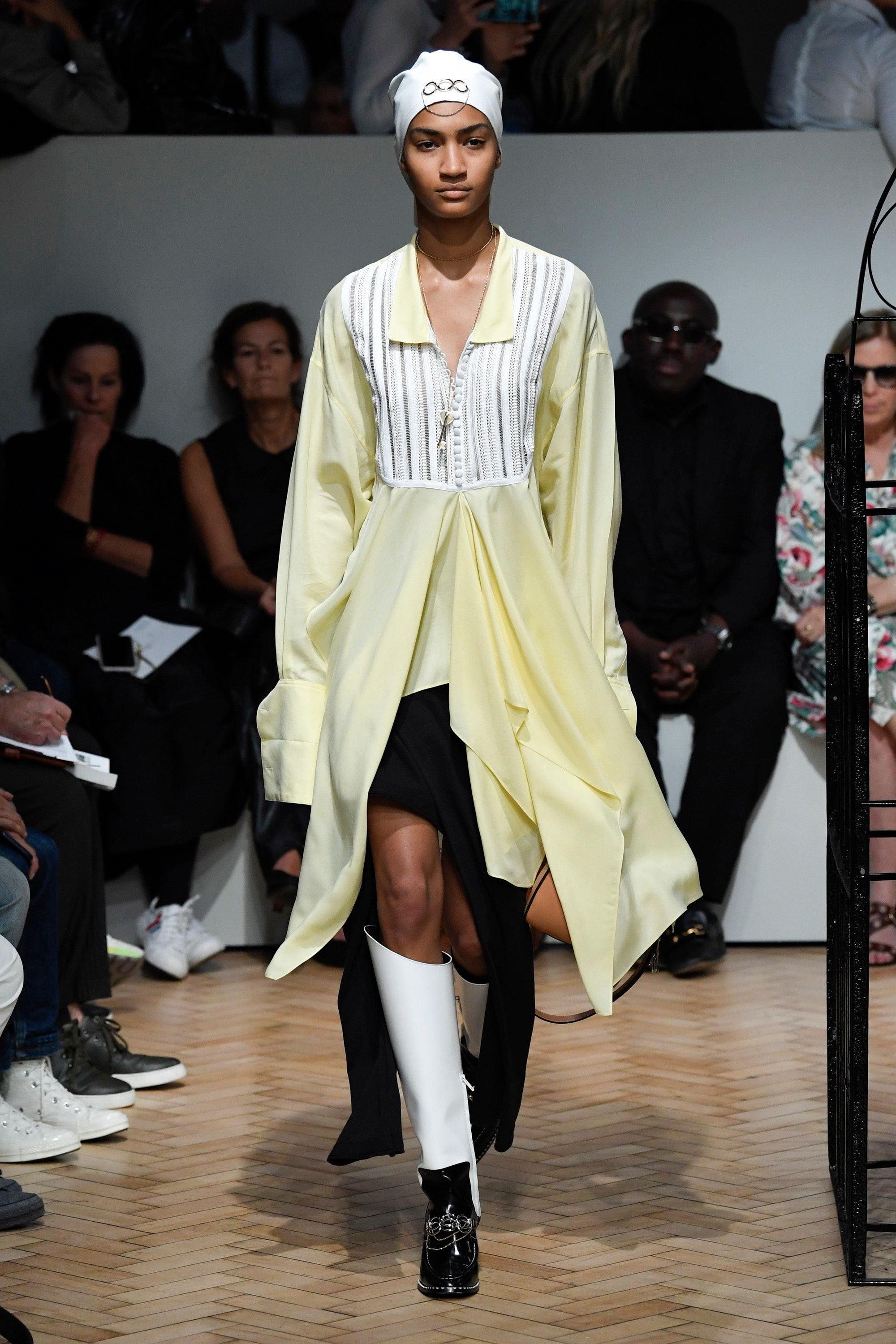 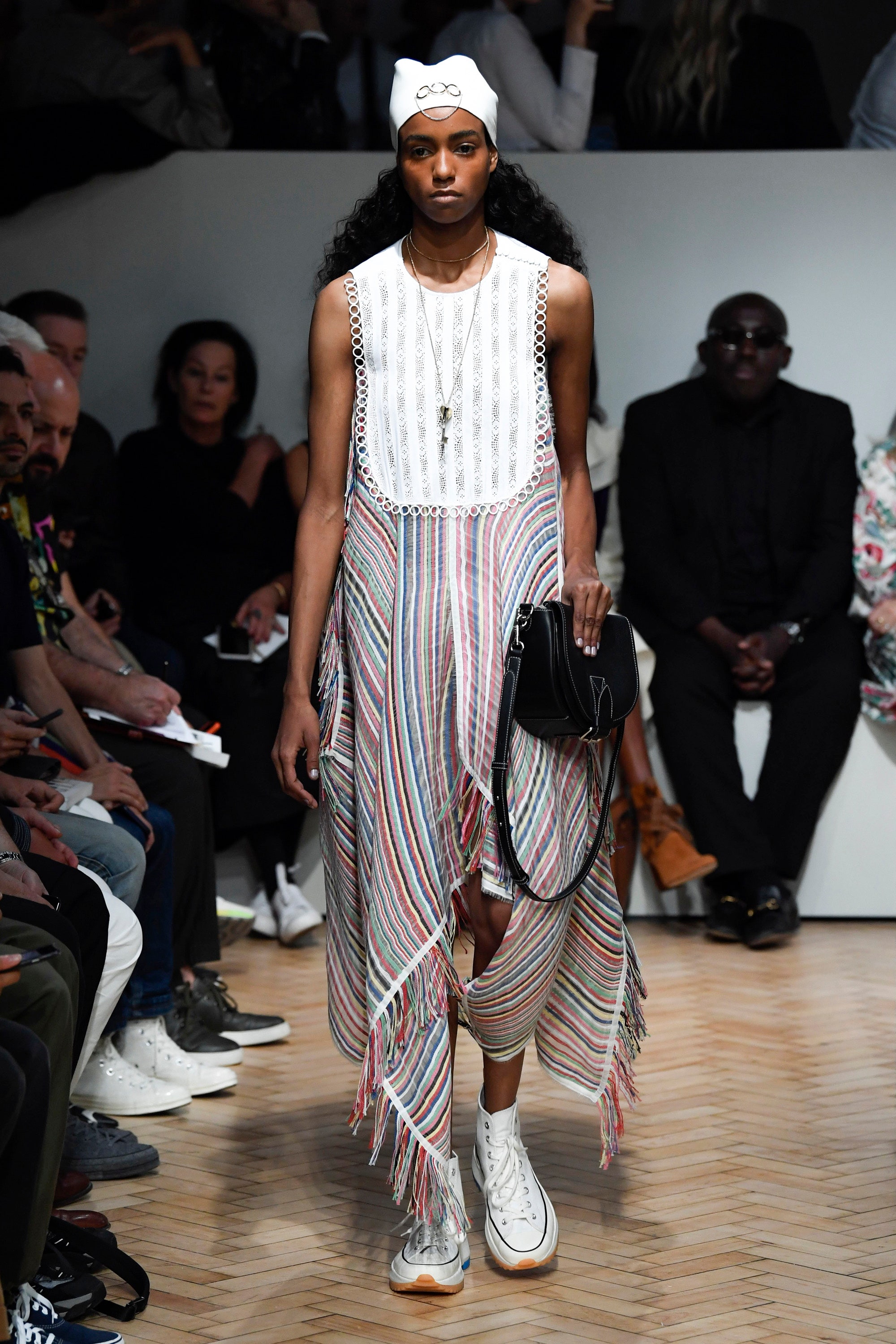 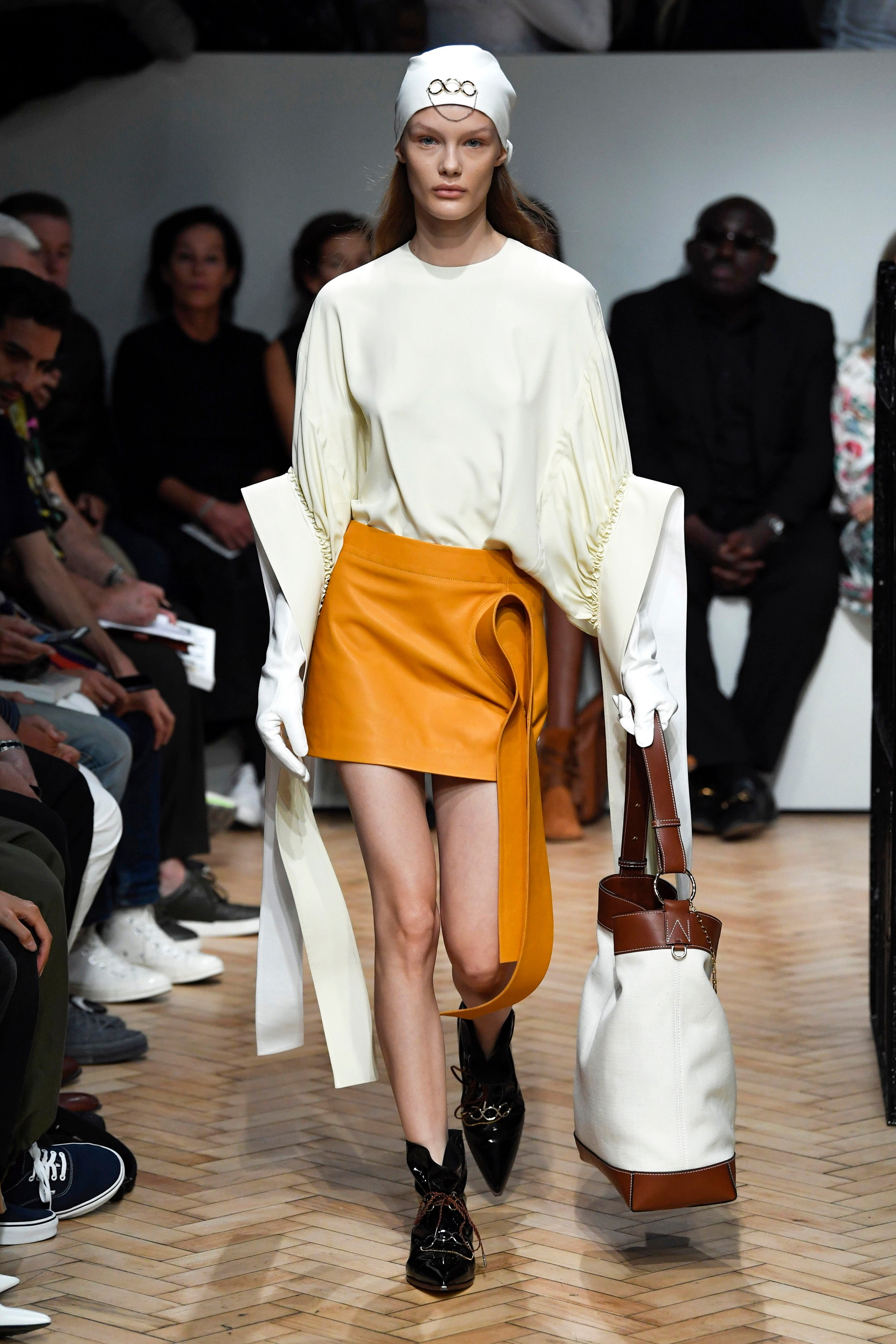 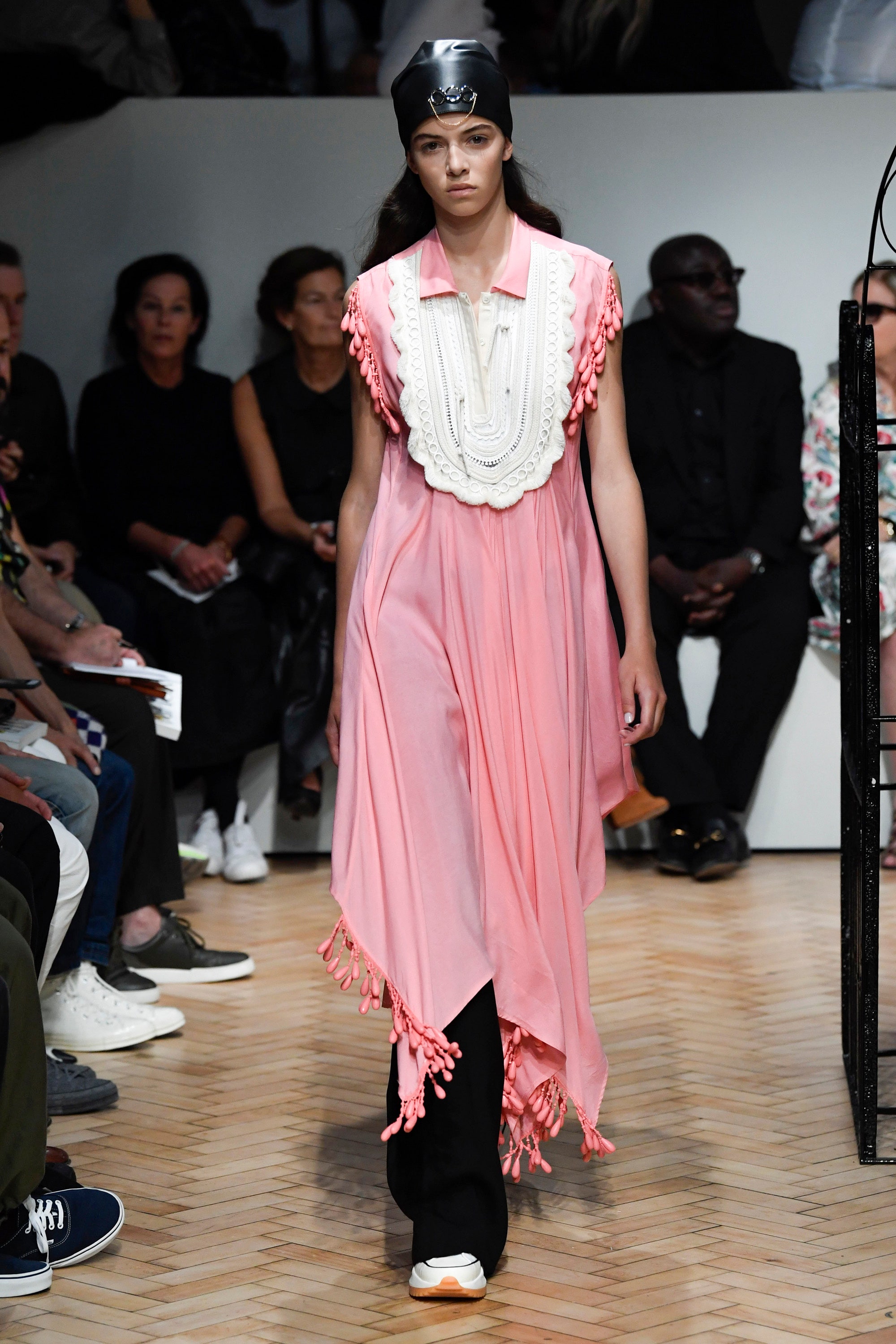 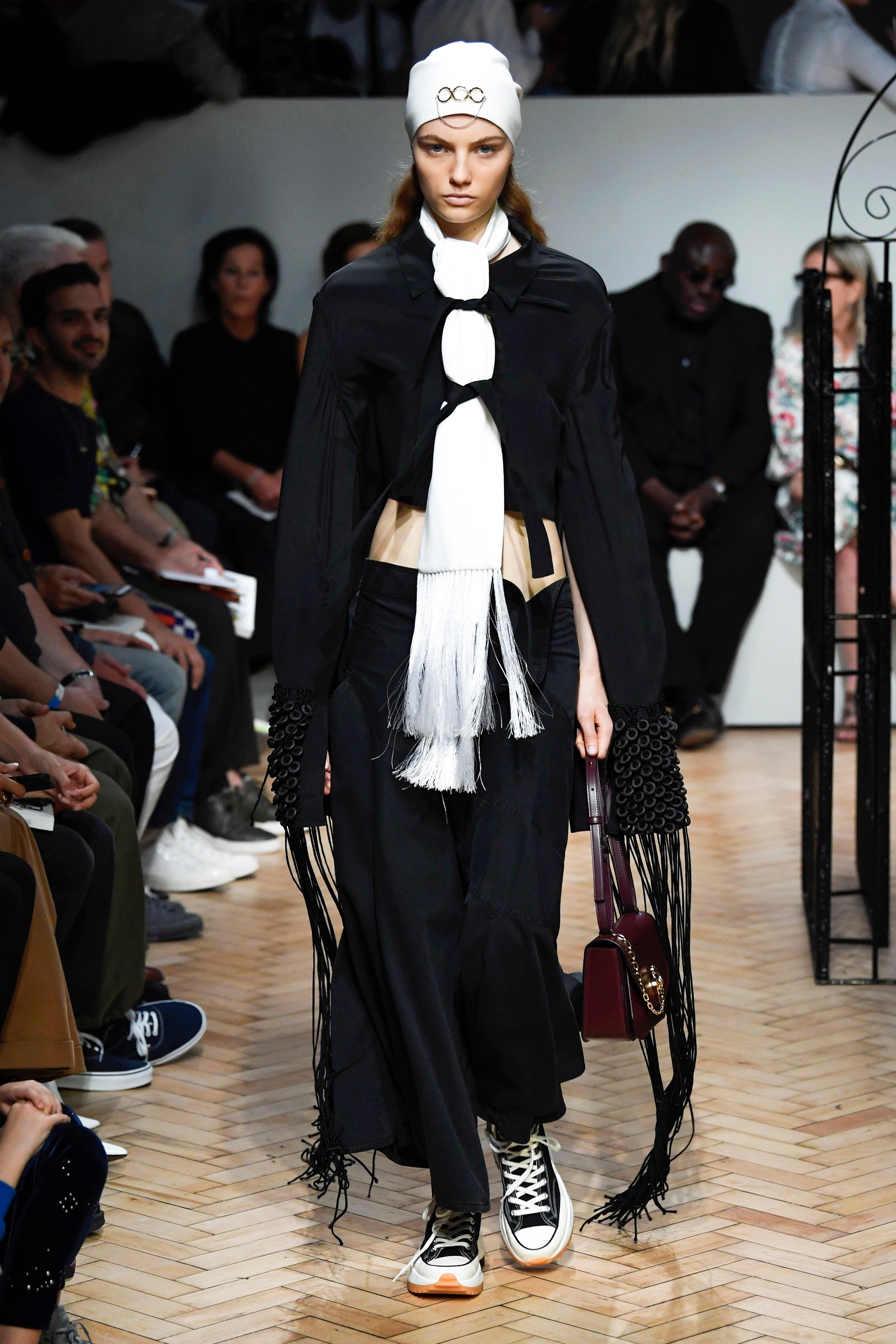 One interesting element that occurs not only here but in several of the collections we’ve seen already in London are the occasional pops of bright pink in an otherwise darkly hued palette. Anderson also tosses in a pale version of the yellow that seems to be this season’s must-have color. One might also wish to take note of the sneakers in the last few looks that are the result of a special collaboration between Anderson and Converse.

At a time when designers are looking to hedge their bets against fiscal uncertainty in the next yet, Anderson seems to have made a safe choice without actually sacrificing anything in the creative arena. This is a significantly large collection and the more that makes it onto store shelves the better.