Everyone whose job it is to sit through runway after runway, day after day, sooner or later has a day where they’re not sure whether what they’re seeing is real or if their imagination has started making up things just to alleviate the boredom. Today was that day for a lot of people. The question at hand was this: Did we, or did we not see a man on the runway posing as a woman? The answer was yes. Twice.

The reason for the comparatively hairy set of legs on the catwalk comes with a story, as it should. When designer Erdem Moralioglu and his partner, Philip Joseph, bought a house in Bloomsbury recently, they discovered a plaque just around the corner dedicated to two sisters, Fanny and Stella. Only the two weren’t sisters. Nor were they women. They were Frederick Park and Ernest Boulton, celebrated cross-dressers. Socially, they were well known and very much celebrated. They did not hide who they were. In fact, they were arrested at one point for “conspiring and inciting persons to commit an unnatural offense” There were acquitted of that charge. They also raised a ruckus by insisting that they be allowed to use the women’s restroom. They took a dramatic stand for Queer people everywhere.

That’s right, as much as the tale of Stella and Franny sounds like one of recent events, they were out and proud during the otherwise highly restrictive Victorian era. Erdem new that their story had to be the inspiration for his Spring collection and it just wouldn’t have been right to not have included two men in the lineup without necessarily telling anyone. Had it not been for the absence of shaving their legs, I rather doubt anyone would have noticed. They’re almost impossible to pick out in the photographs.

As a result, we get a collection full of Victorian references. Oh look, there are more wide-brimmed hats with veils covering the whole head. Strong tailoring, both masculine and feminine, and multiple floral patterns (including one magnificent blurred rose print) are as trendy today as they were when the subjects of Queen Victoria and Prince Albert were wandering the streets of London. Narrow waists were punctuated by broad shoulder pads and one needed to really watch for the dramatic lapel work present on several pieces. 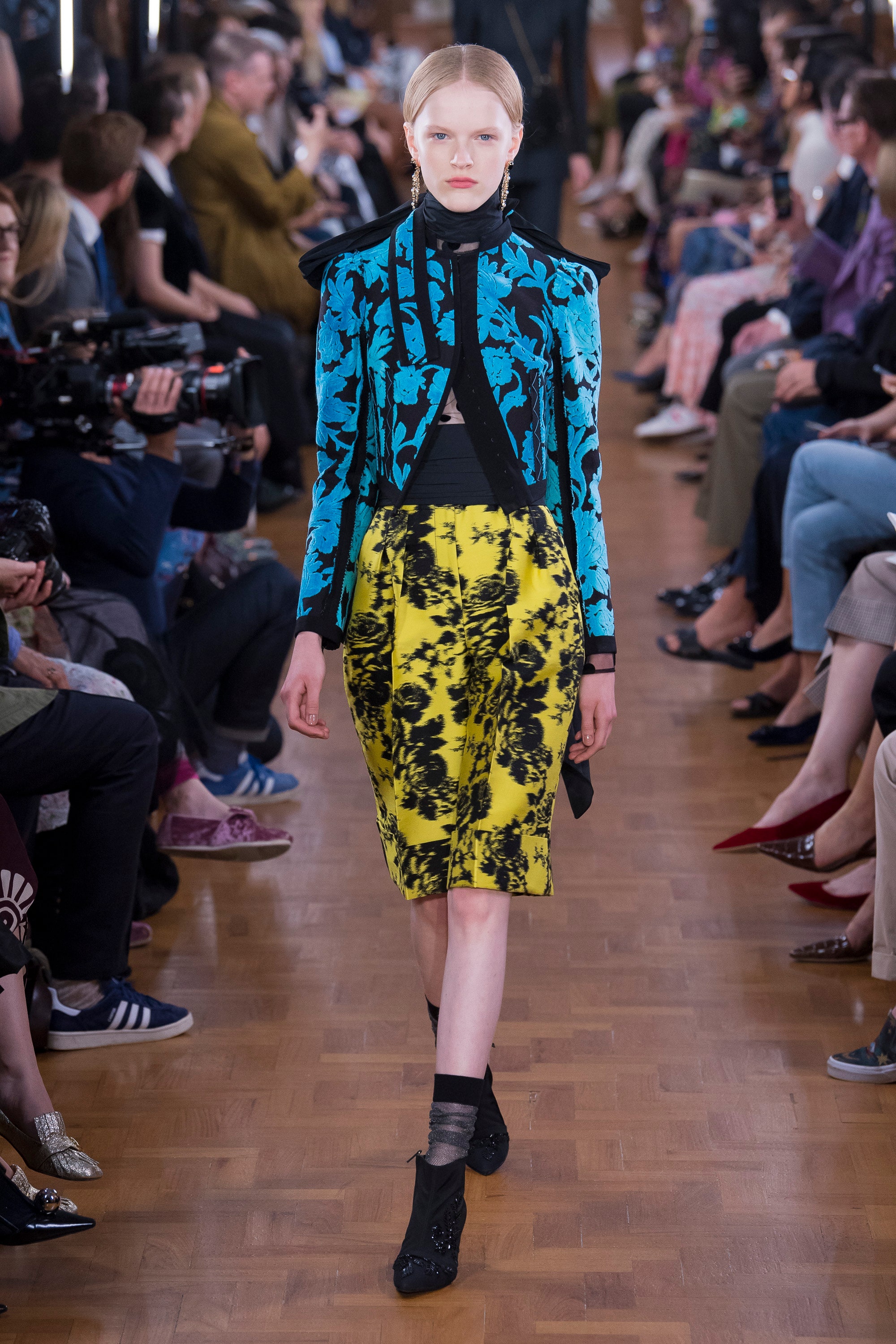 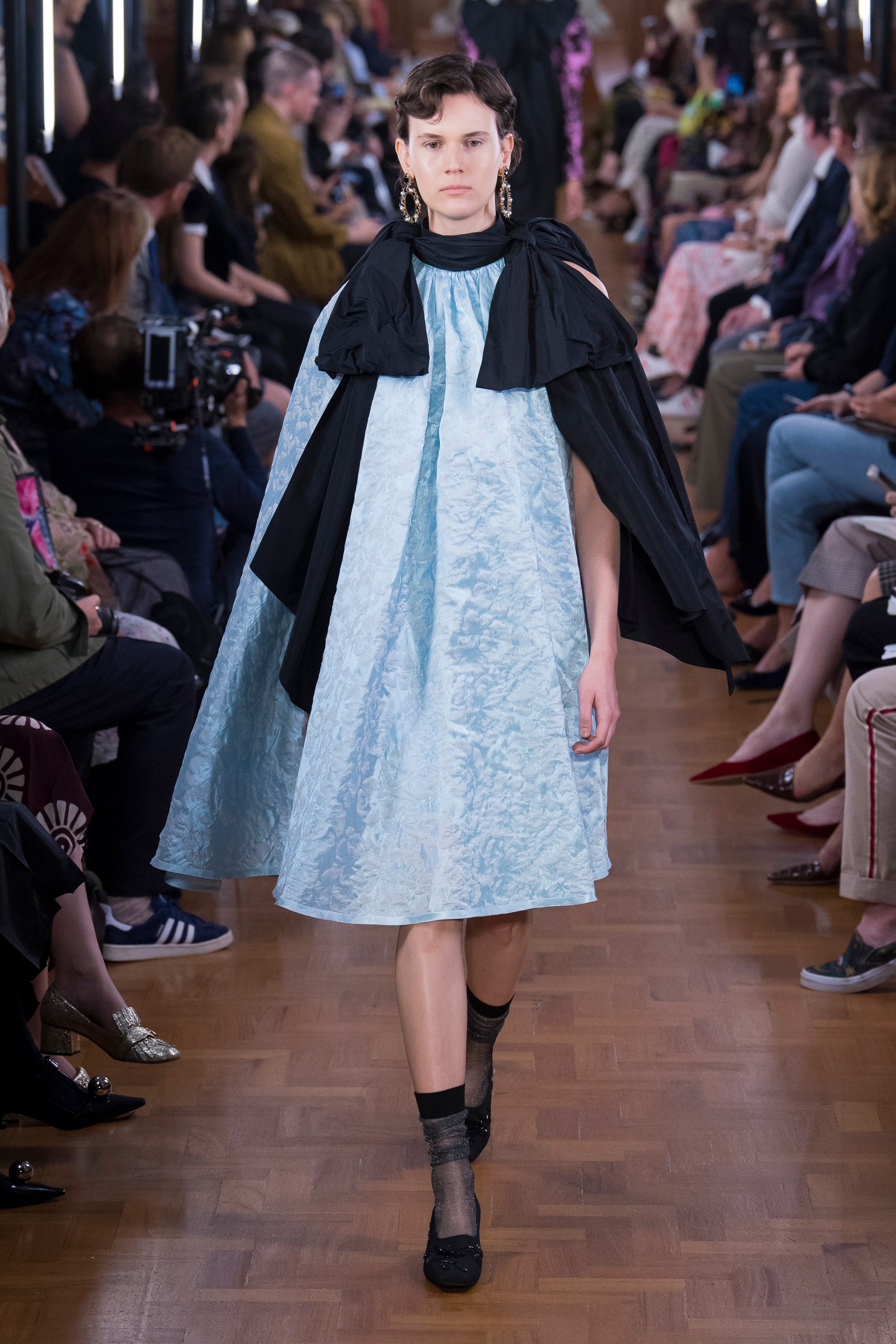 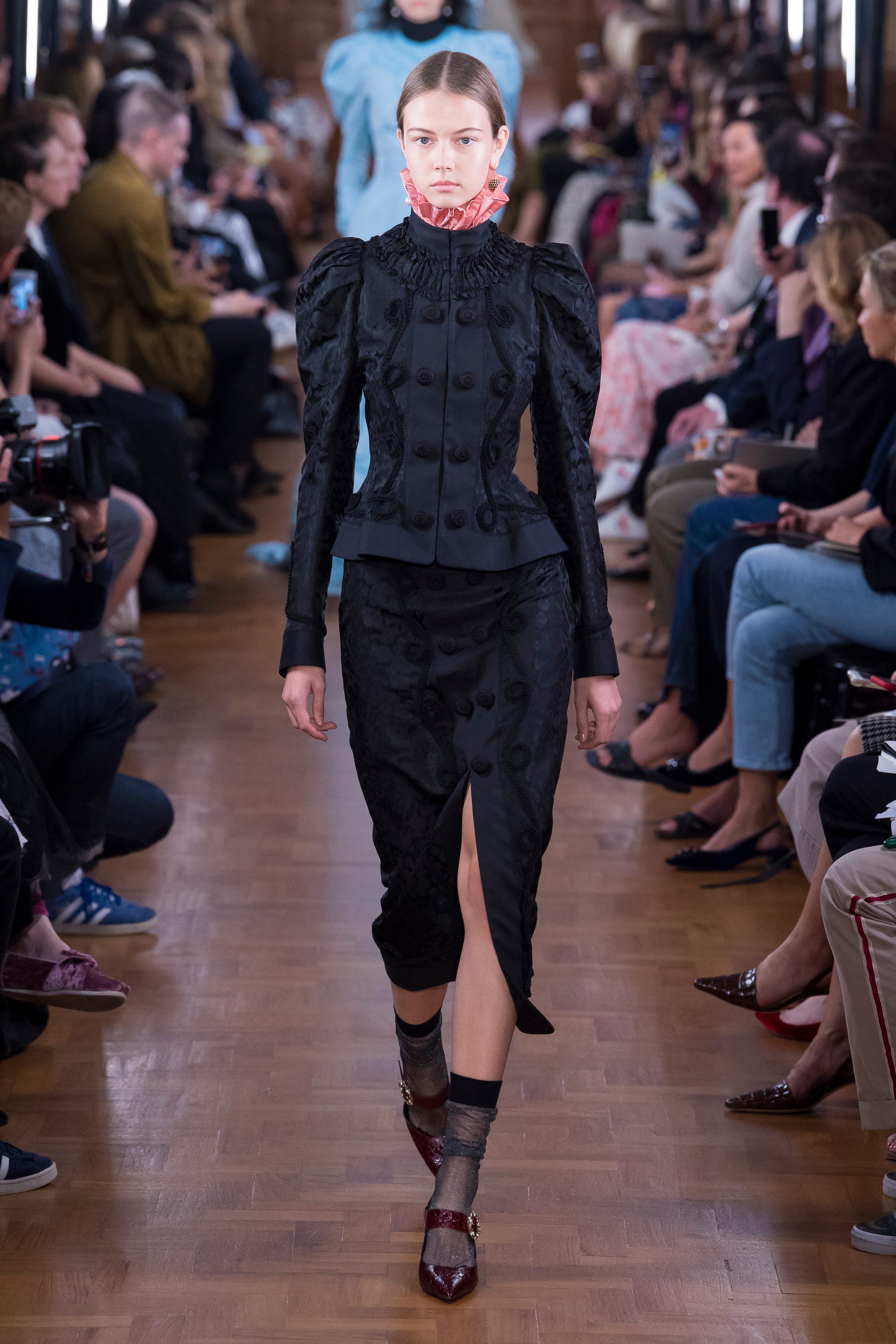 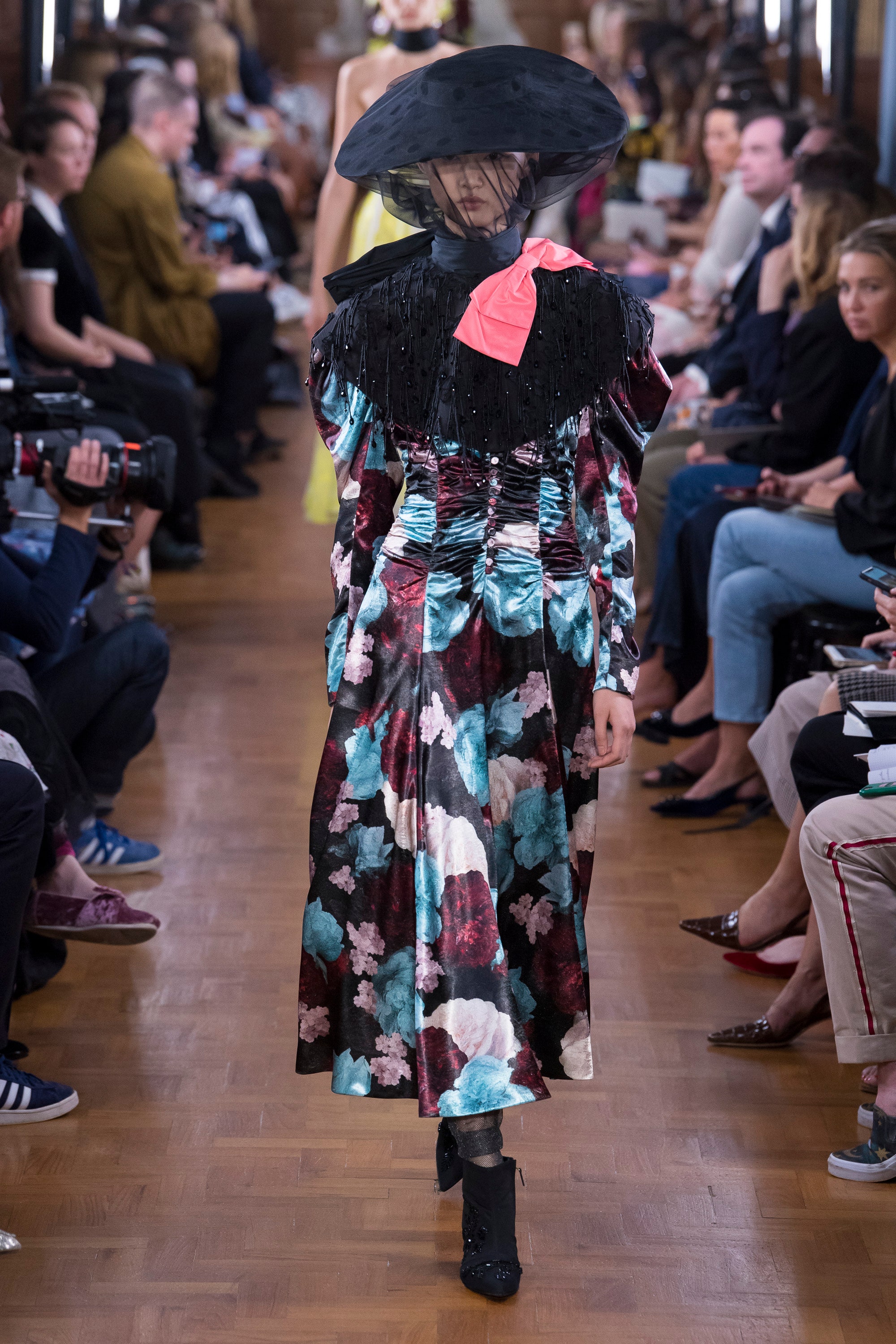 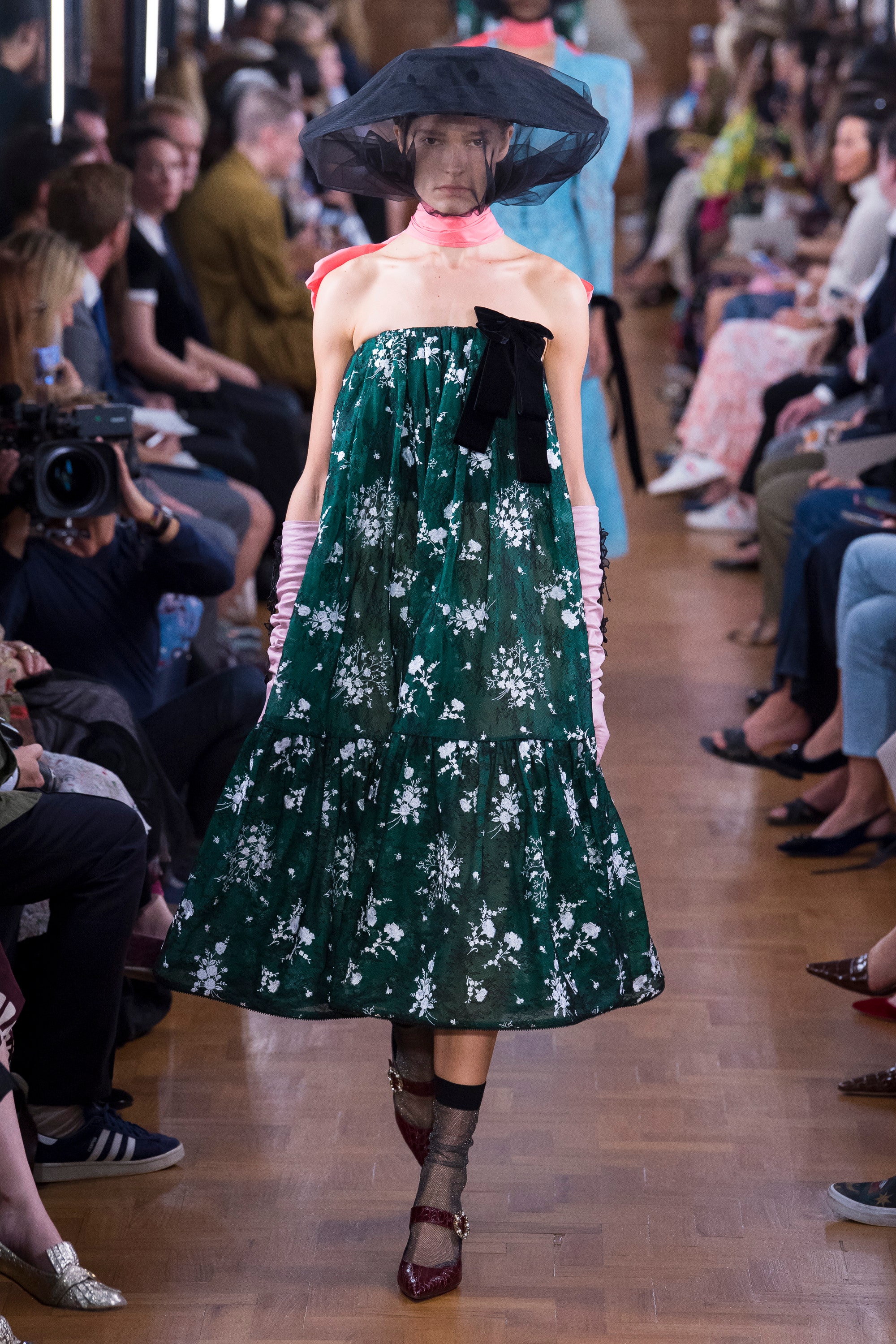 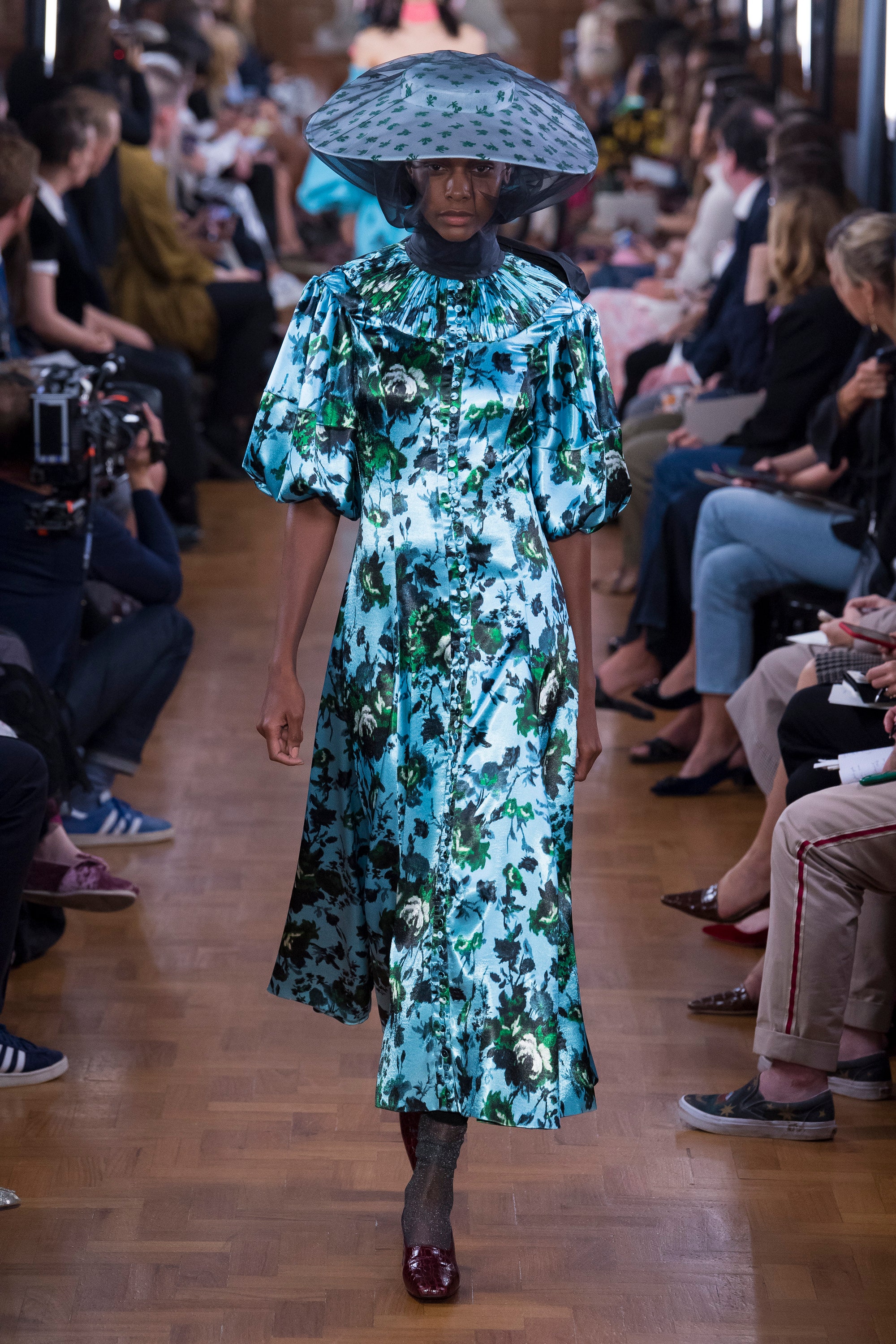 There is a lot of talk in the fashion world about gender fluid and non-gender-specific dressing. This Erdem collection rachet the volume up a couple of notches and provides a solid foundation for just how long the issue has been present. Cross-dressing isn’t something anyone needs to fear or avoid. Let’s hope this is the opening of a door to a new attitude that welcomes a surprisingly large group of new customers.