If it’s Sunday morning, it must be time for Anya Hindmarch. This quirky handbag line has become one of the most anticipated shows of London Fashion Week. Her sets are legendary, and to arrive not carrying one of her signature bags is to risk looks of scorn as security questions whether you are in the right place and know how to behave properly. There will be no acting out during this show. You will stay off the set. Behave yourself, please.

We understand the stern attitude at security. You know how these handbag enthusiasts are; rabble rousers, every one of ’em. This is a different set of editors, buyers, and bloggers from what we see at other shows. They’re focused on accessories and really don’t care what kind of fur is being used in that orange-colored wrap or whether the wool in that coat is angora. They’re not here to buy wraps or coats. They’re here to look at handbags and handbag accessories.

And they received that for which they came. Handbags and clutches and backpacks and, the biggest item of the show, furry monster house slippers. Ms. Hindmarch could have set up a pop-up store right there in the lobby and sold every pair of slippers she had.

Of course, what always matters as much as anything is the elaborate set constructed for these shows. This season, Ms. Hindmarch takes us skiing in the Alps, with a downhill runway full of switchbacks that might have been dangerous had she actually put the models on skis. Fortunately, those furry monster slippers made for considerably easier navigation of the whole thing.

The set was massive, filling a room not only from top to bottom but front to back. Changing colors throughout the show, the set was so large that models almost appeared to be animated toys as they made their way down the slope.

Interestingly enough, I didn’t see any shocking new designs in the handbags themselves. Everything in today’s collection seems a slight variation of popular styles she’s used before. The big difference comes in the details, such as paper-chain-styled straps, which gave a certain sense of cute adolescence to the bags only grownups can afford. 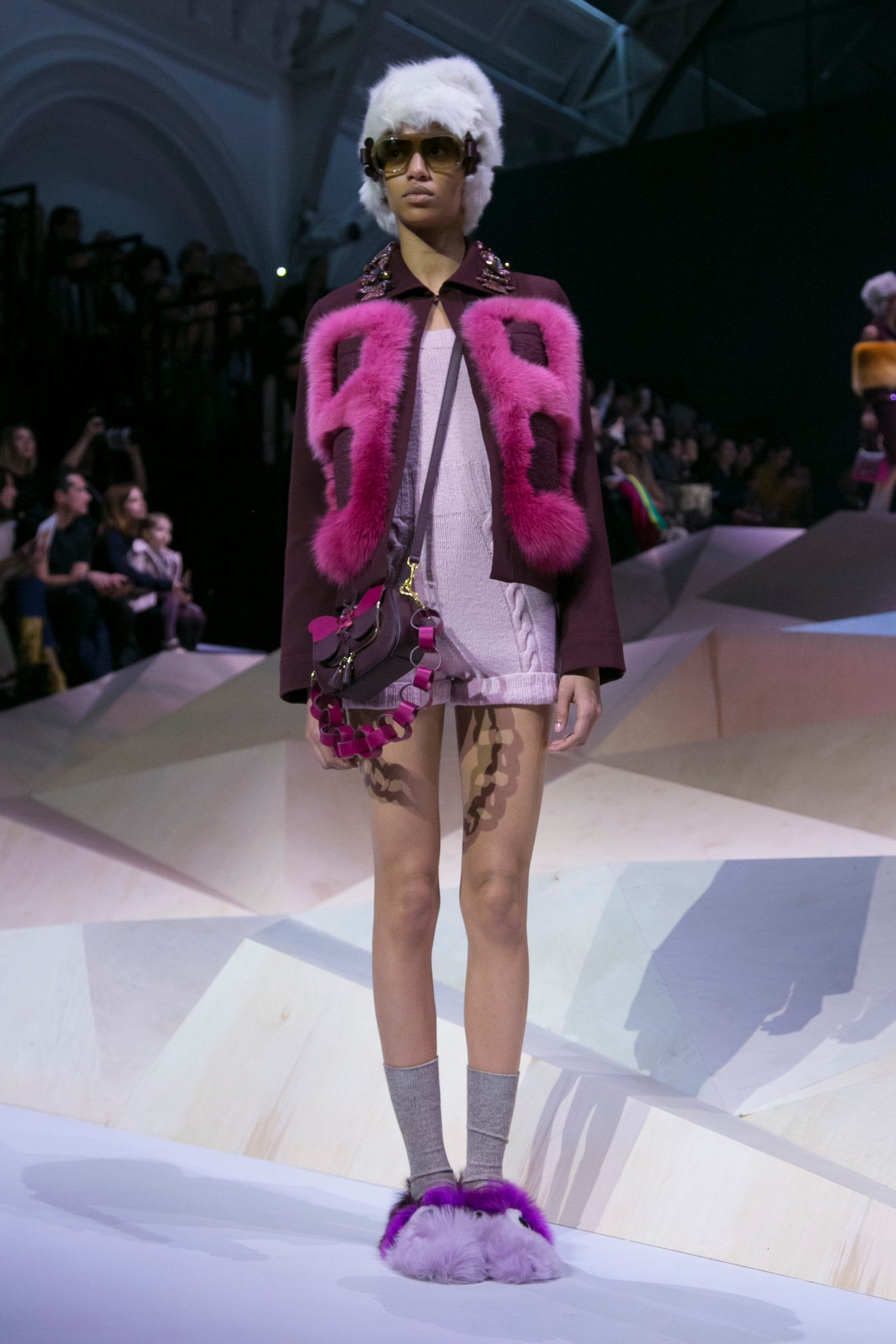 At other times, she used overlaid leather hearts, which seems especially appropriate for smaller bags. Hearts were a major theme throughout the collection, appearing not only on the bags and accessories but on the clothes as well. Just don’t ask me what’s going on with the shorts in this picture. I’m thinking she perhaps raided her grandmother’s underwear drawer. 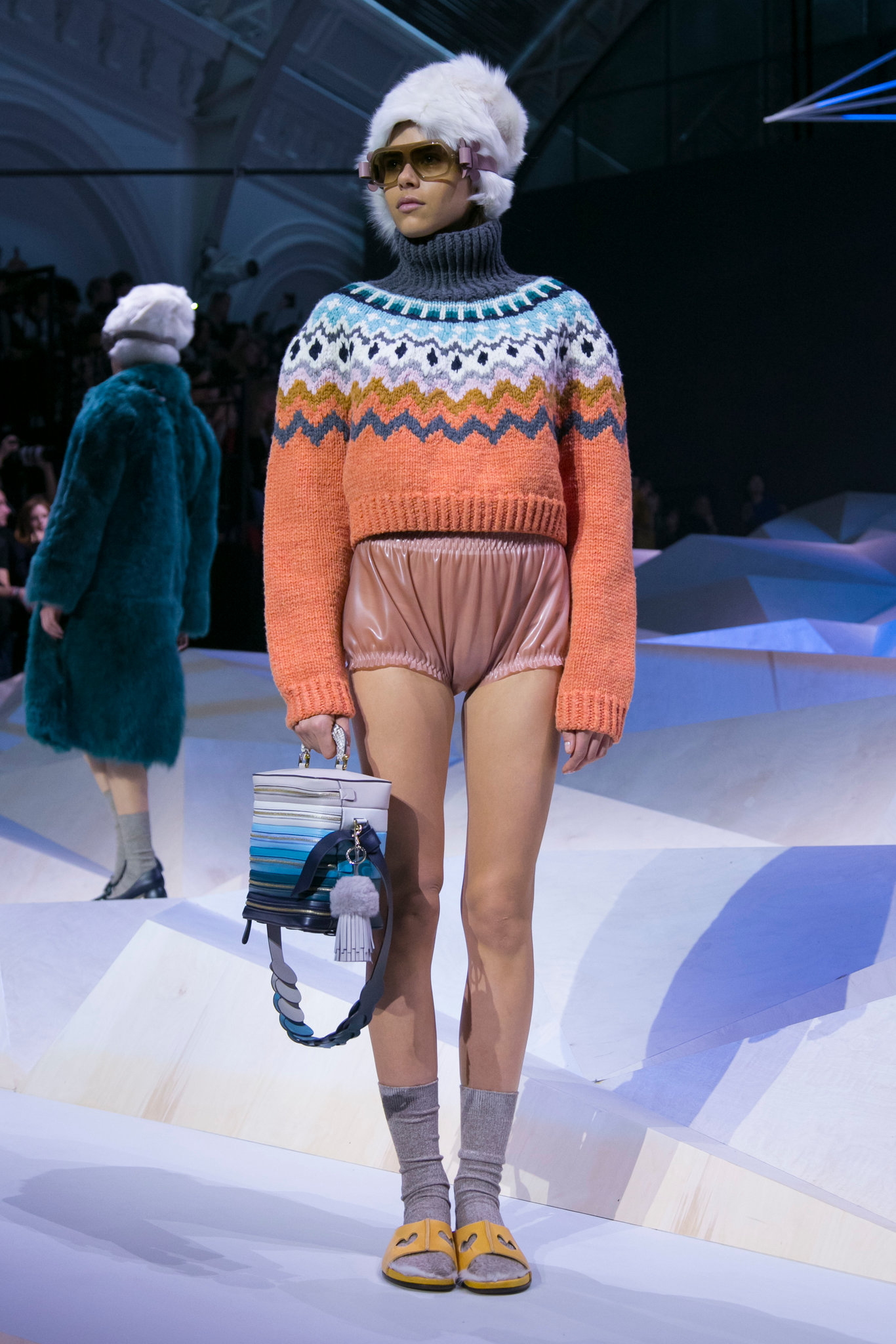 You’ll also notice from that picture that not all the slippers have furry monsters. The heart cut out is a frequent look as well. And apparently, grey socks go with everything.

Backpacks probably get the biggest makeover in this collection. Notice that instead of one large, cavernous pocket, into which things disappear, never to be seen again, she uses three smaller pockets. The top is about the right size for a tablet but probably too small for a laptop. The lower two pockets are more appropriate for other devices such as portable keyboard or gaming accessories. 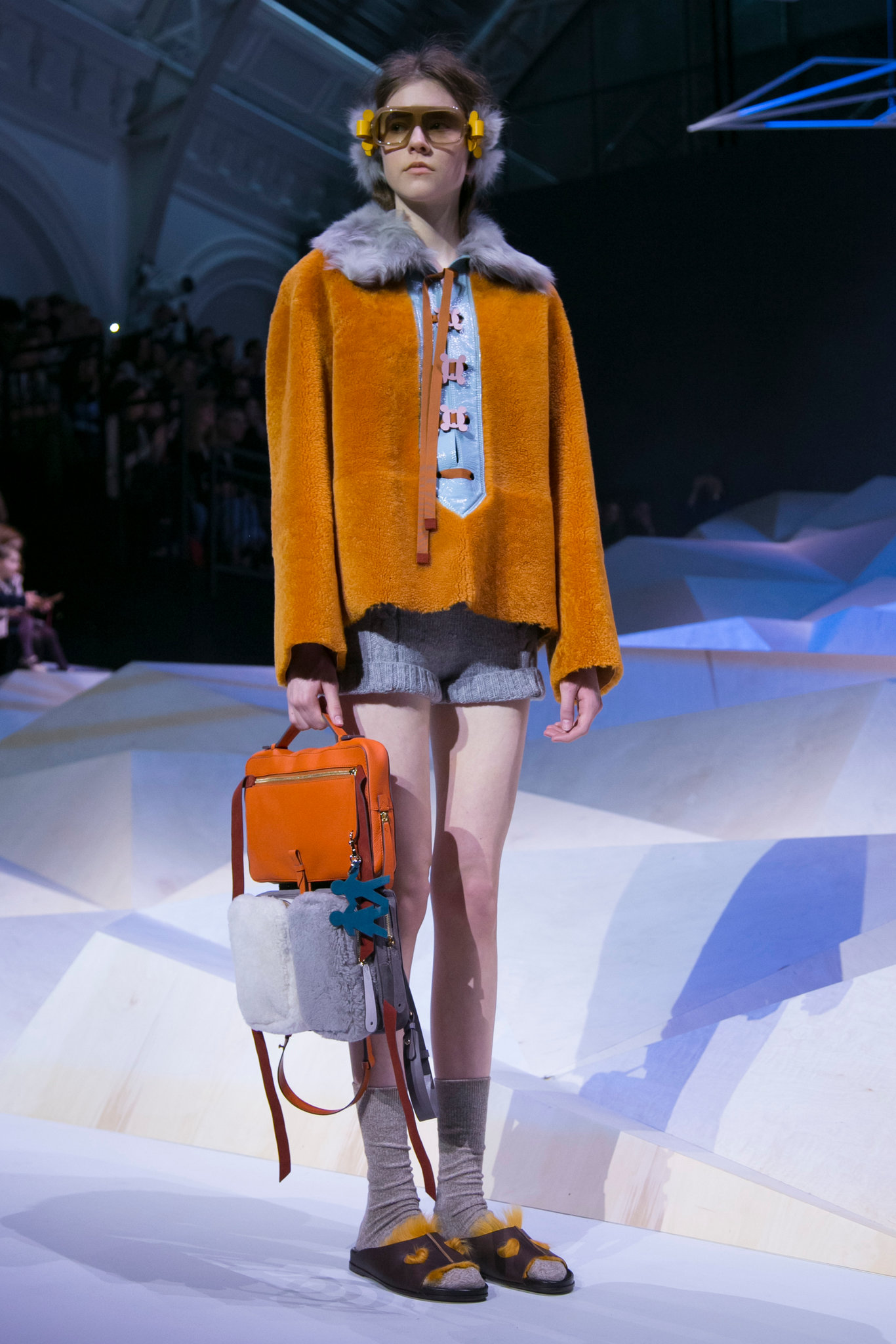 What we don’t see this season are any over-sized bags that can carry everything including the kitchen sink. Mid-sized bags are about as large as she gets. Instead, we see a high number of really small bags that are just big enough to carry a card, an ID, and maybe a cell phone if you didn’t get the one with the largest screen. There’s a subtle message here, I think, to not drag around more stuff than one actually needs. 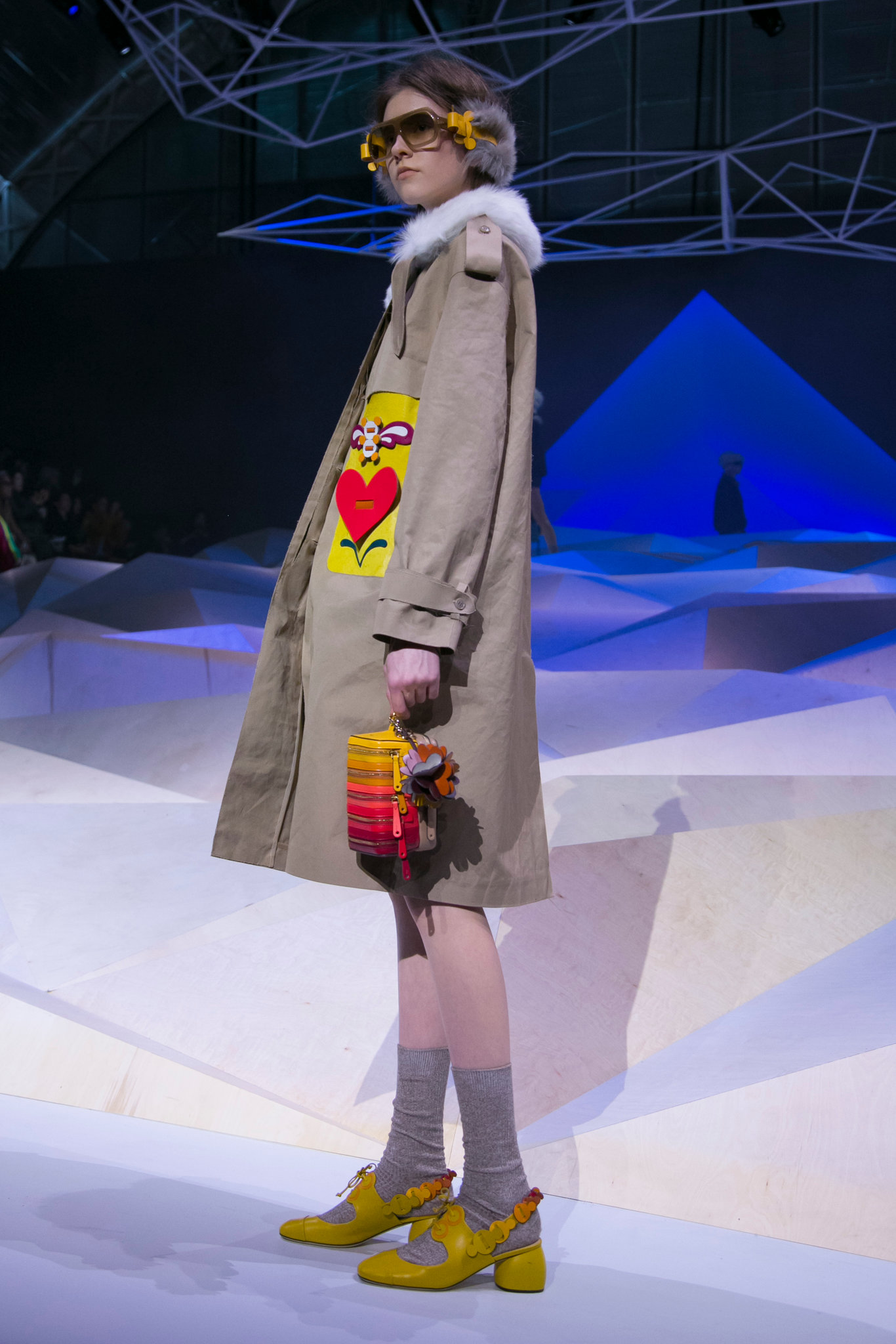 Entertaining as it was, this wasn’t Hindmarch’s most exciting show. In fact, there was no real jaw-dropping moment as we’ve seen in other seasons. Yet, this is still one of the most exciting shows in London. Let’s hope that never, ever ends.