Today, thousands of people will gather at the Staples Center downtown LA for a public memorial to celebrate the life of Kobe Bryant and his 13 year old daughter Gianna. While we cannot be a part of the event in person, we thought we’d share what Kobe meant to Ericka Sanders, an award-winning journalist, and Indy resident whose thoughts will no doubt resonate with many other fans. The memorial will be streamed live at 1pm EST on a variety of channels including NBA TV, Facebook, Youtube and others. Thank you to Boxx the Artist for the beautiful illustration. – Editors

Kobe was otherworldly, yet, you felt like you knew him personally. At least, I did. Our love story started in 2000. In the NBA Finals. Ironically, against the Indiana Pacers. Game 4 to be exact.

Then came Game 4. Let me set the scene: Conseco Fieldhouse was rocking. Lakers had a 2-1 series lead. Kobe had been battling a sprained ankle and didn’t play much in Game 2 and didn’t play at all in Game 3. It was the 4th quarter and Reggie Miller and Shaquille O’Neal traded baskets throughout sending the game into overtime. Shaq was owning the game and Kobe – just 21 years old – was playing on what he would call later ‘a throbbing ankle.’ Midway through overtime Shaq fouled out and Pacer fans erupted into cheers feeling that the game was in the bag. Then Kobe went Kobe making two beautiful straightaway jumpers and a reverse layup put back to seal the victory with 5.9 seconds to play. My favorite moment was after the second jumper Kobe turned his palms downward and made the coolest face as if to say, “Calm down. I got this.”  Lakers won in six, Kobe won his first of five championships with the Los Angeles Lakers and he became my guy; my favorite basketball player.

I loved everything about basketball Kobe. The way he moved. The way he dominated. His grimace. His smile. That fade-a-way. I was inspired by how he reacted to defeat (particularly that heartbreaking Finals loss to the Boston Celtics in 2008). I grew to imitate his confidence. I admired that he walked it like he talked it.

I didn’t know it was possible, but I loved retired Kobe even more. The #girldad.  How he worked out with so many younger players in the offseason. How he always made time to sit court side at women’s basketball games. The conscious effort he made to put his family first. I continued to imitate his confidence. I admired how he was showing the world his brilliance, work ethic and drive wasn’t only for the basketball court. He was still walking it like he talked it.

I didn’t know how happy Kobe made me until he died. Even writing the word died continues to feel unreal and weird. A part of me has been sad since January 26. See, Kobe wasn’t my generation’s Michael Jordan. He was simply our Kobe Bryant. He didn’t make a Space Jam but the fact he got hoopers to wear ankle basketball shoes cannot be mitigated. He also showed up for Trayvon Martin’s family proudly wearing a t-shirt with the teens face covered by a hoodie. And when asked if he was still playing would he have stood or kneeled for the National Anthem to bring awareness to injustices against African-Americans and the killing of unarmed African-Americans at the hands of the police, his answer was short and said boldly, “Kneel.”

It’s unfair that we won’t get the opportunity to see Kobe get old. It’s unfair that we won’t get to see him enshrined into the Basketball Hall of Fame next year. It’s unfair that we won’t get to see him make funny Instagram videos with daughters or post pictures doting on his wife, Vanessa. Yet, in the midst of the sadness, disbelief and unfairness is where Mamba Mentality shines. Kobe would want me – all of us – to live out his legacy in the only way it is to be lived: fully and with no regrets. So for my forever favorite basketball player Kobe “Bean” Bryant I will dream bigger. I will work harder. I will not give up no matter how frustrated I may become. I will help others. I will crush my fears. And most of all, I will love with all of my heart. 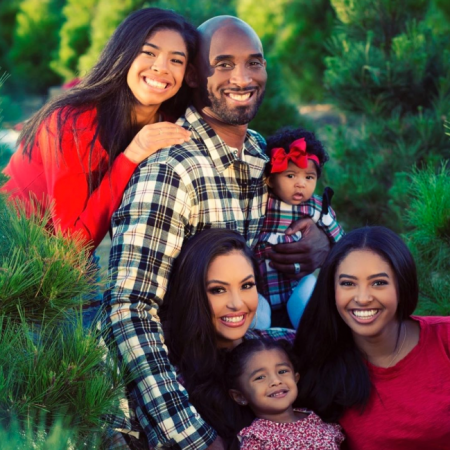 Tags from the story
kobe bryant

Written By
Ericka Sanders
0 replies on “In Memoriam: Kobe Bryant”