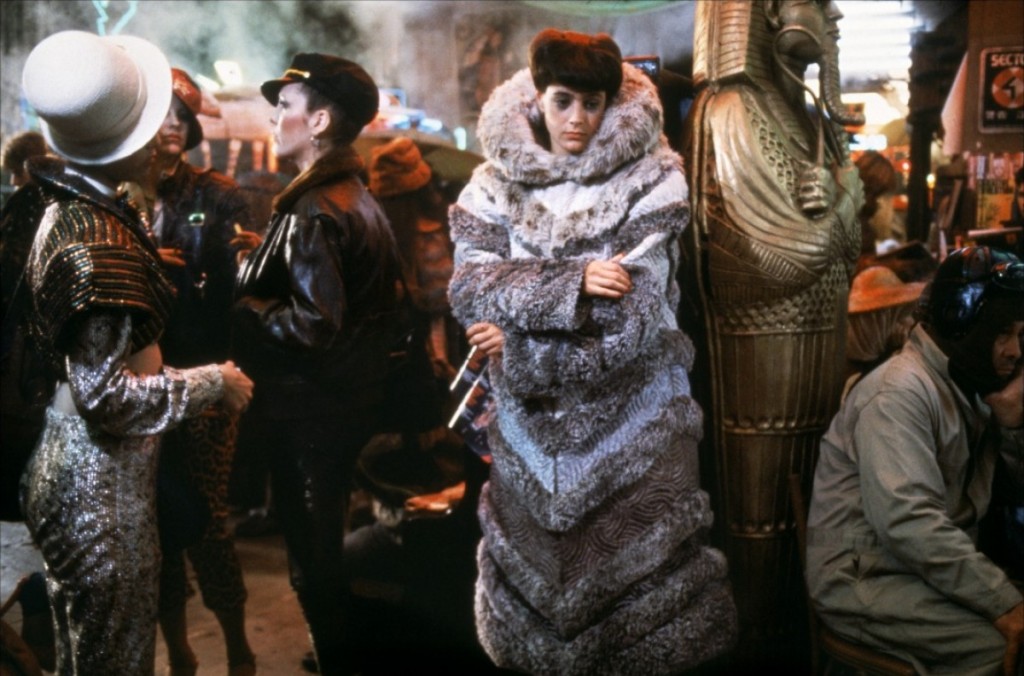 Above: A scene from the 1982 cult film Blade Runner

Two words to define the bulk of the fall collections: Dark, Edgy.

Yea, yea, yea, you’re thinking. Edgy is sooooo played out. This time though, instead of again borrowing inspiration from nineties designers like Alaïa and Herve Leger for slashed cut outs and skintight bandage dresses, designers looked to the future. To 2019, to be exact. The year cult sci-fi film Blade Runner depicts.

Rachael, the replicant is the style icon of the hour, inspiring cyberpunk costumes galore. Donatella Versace designed a sexy leather strapless dress perfect for Rachael’s hot date in dystopian Los Angeles with Harrison Ford, while the futuristic metallic suit at Chanel is just the thing for a leisurely drive in a flying car. When fleeing from bloodthirsty blade runners, Rachael looks no further than Gareth Pugh, whose floor-length caped minidress makes for quite the dramatic exit.

Looking for something more suitable for 2012?  Try Fendi’s crocodile mini, the perfect frock to bridge the gap between now and the future. 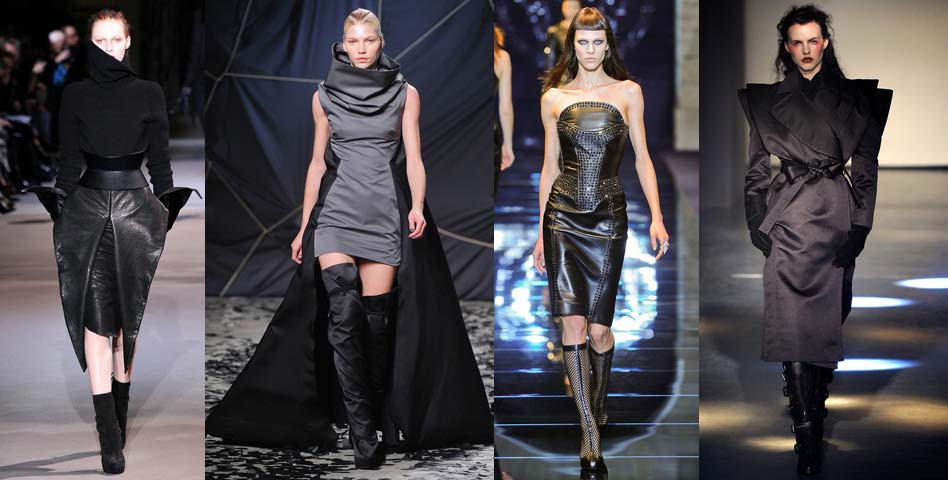 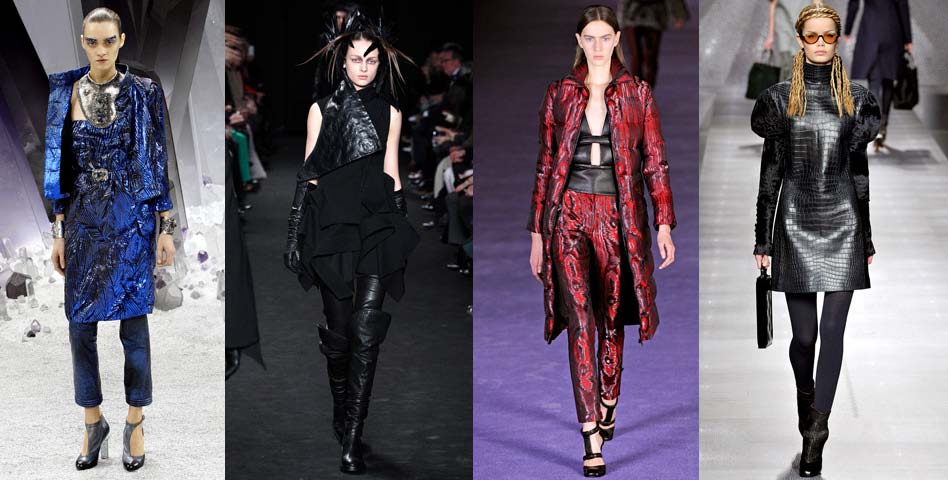