This interview/conversation between Ashley C. Ford and long-time friend Spencer McNeely O’Hara, was originally published in PATTERN magazine, vol. 12 (Fall 2017). Since the interview, Ashley has continued to do amazing things, and the PATTERN team loves to live vicariously through her via social media and her incredible interviews on PROFILE by BuzzFeed News. 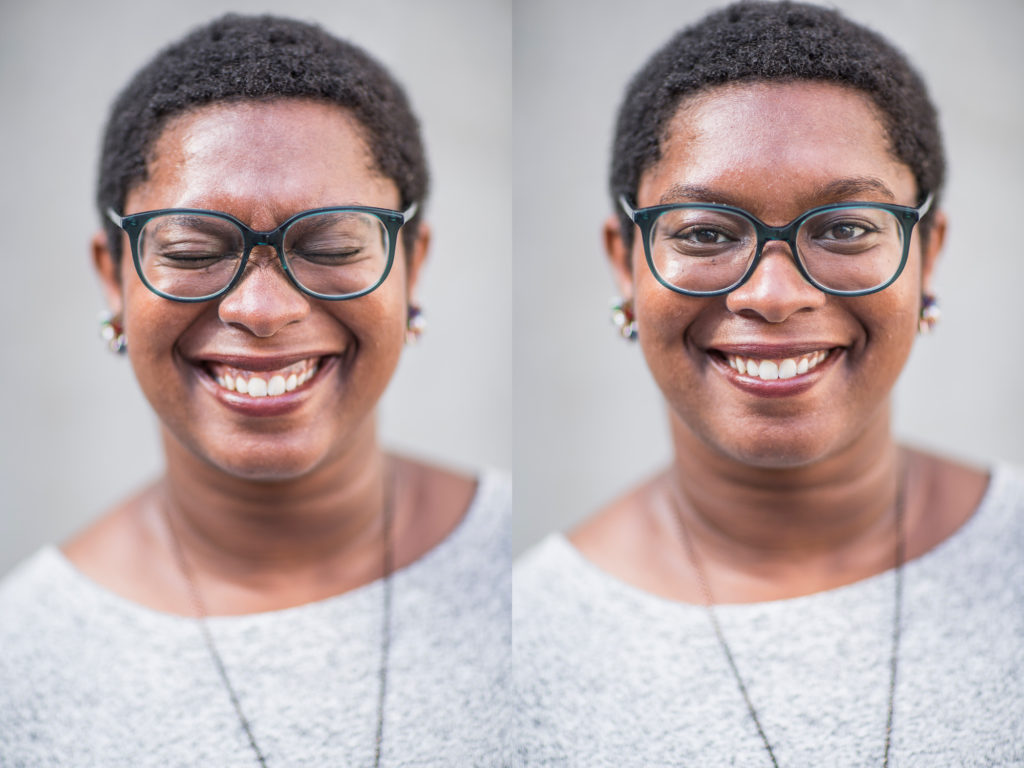 Ashley C. Ford is a writer whose work addresses social issues like race, gender, and sexuality. Some of her clients include Slate, BuzzFeed, ELLE, and others. She attended Ball State and worked as a writer at Pivot Marketing before relocating to Brooklyn. She is currently co-editing an anthology with fellow writer, Roxane Gay, titled Not That Bad: Dispatches From Rape Culture, and working on a memoir about growing up with an incarcerated parent.

The shining success that is Ashley Cassandra Ford has been my good friend since we met as undergraduate students. Together we’ve navigated the realms of art, identity, and culture with defiant optimism. Her career as a writer took her to New York, where she has since blossomed into her thirties as an up-and-coming woman to watch and one from whom we all can learn a great deal. Recently, she chatted with me over the phone to share with PATTERN Magazine readers just what makes her tick and what she’s up to next.

Spencer McNeely O’Hara: You and I were essentially brought together by style and fashion. So, together again to talk of these subjects for PATTERN Magazine is nothing short of serendipitous. We both might have ended up in the fashion industry if we weren’t so disheartened by it. Regardless, we know that the silhouette of fashion remains the same: tall, thin, and white. How do you think we can we shift from this exclusive standard and make room for more silhouettes?

Ashley C. Ford: You know, I was recently talking to a good friend and former coworker about the expansion of my perception of what made something beautiful. He had just come back from a trip to Japan, and while he was there I salivated over his photos. Part of that is his knack for taking a good photo, but the other part of that is that in the past few years, I’ve purposefully exposed myself to art I wouldn’t be naturally inclined to love. I’ve always loved a soft edge, a roundness, in watercolor, or in form. I found a lot of art that appeared more angular to be too severe or steady. Over time, I learned to love art I wasn’t necessarily naturally drawn to, just by exposing myself to it, and opening my mind. Japan has a very linear beauty about it, and for the first time, in my friend’s photos, I could see it. I could really see how beautiful this country was because I could appreciate the lines. I think shifting from an exclusive standard in beauty will go much the same way. As we see designers, creative directors, and photographers push outside of their own boxes and concepts, and we see those who are truly fashion-forward embrace a more inclusive aesthetic, we will see the change we’re looking for. The way things are presented now is unsustainable to the art-making of fashion. It must evolve. Those who refuse, will watch their brands become socially and culturally irrelevant.

SMO: With the groundbreaking release of Wonder Woman, it is a blossoming time to be a woman who writes our stories. It’s not such a secret anymore that you’re a die-hard comic book fan, but I’m interested in what you think is now possible given Wonder Woman’s release. Is it possible to finally expand our understanding of stories beyond The Hero’s Journey and forge an entirely new female narrative that authentically explores what it means to be a woman?

ACF: I’m not sure if this starts with Wonder Woman. I would argue that it began online a long time before this particular iteration of this character. Personally, I loved Wonder Woman, but… that’s a narrative with dollars behind it. I’ve seen more subversive storytelling (and drawing!) for free on Tumblr. A woman I met at a writing residency named Dara Marks wrote a book about what ‘The Hero’s Journey’ looks like when there is a woman at its center. What I remember most about it was the idea that women must play to our strengths. We cannot emulate the journeys of men to the detriment of our own character, and the denial of transgressive ways to deal with conflict. We are socialized differently from men, and we should always be questioning our tendency to think of strength and leadership as masculine ideals. We don’t have to be more like men to be just as good as them. We already are.

SMO: I’ve noticed as you’ve entered your thirties, you have a different attitude and integration of social media in your life. I feel like there is a growing population of young people who aren’t social media haters by any means, but are instead reevaluating its possibilities. Where do you see social media headed?

ACF: I really don’t know. Sometimes, I think social media is just a thing we do now, and it will be for the duration of our lifetimes. Other times I think there will be a great backlash, and we’ll all eschew our social media profiles in favor of in-person gettogethers, parties, or rallies. I don’t really root for either future. I’m just interested to see what happens. You know, one thing about turning thirty is realizing you’re not the target market anymore. When people talk about America’s Future, they’re no longer really talking about you. They’re talking about actual kids, teens, and younger college students. The future of social media is going to be defined by them. I have no idea what they’re going to do. But I am very curious to see. 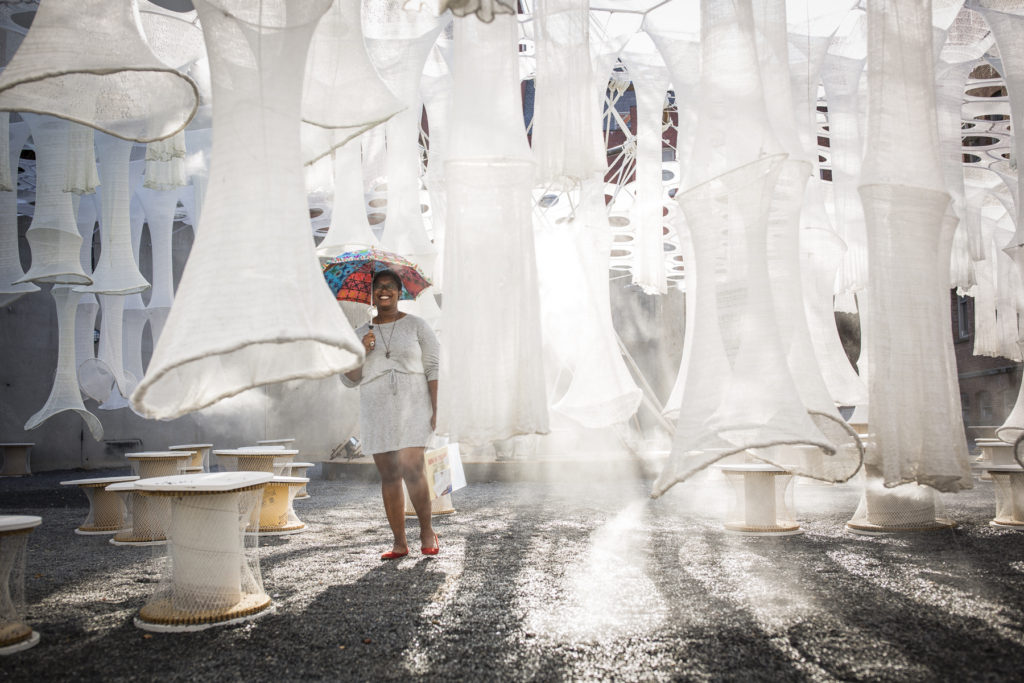 SMO: Seven years ago, you and I lived together in a nearly century- old house without heat or air-conditioning. We had little and we dreamed big. Remember when you said you would die if you were ever offered a job in New York? You’ve surpassed many dreams you thought would never come true. What do your dreams look like these days?

ACF: That I will get to be as successful as I want to be in my writing, and live on a farm in the middle of the nowhere.

SMO: We’ve been friends for almost a decade. You’re black. I’m white. You live in New York now. I still live in Indiana. You’re Frankie. I’m Grace. We actually have common pitfalls that can potentially cause discord within a friendship, but ours doesn’t. In fact, it’s done the opposite. It persists and even flourishes in many ways. Why is that?

ACF: I think it comes down to the fact that neither of us fears a marginalized identity. In fact, it’s something we both find a lot of beauty in. The first time I saw you walking around campus in heels and a skirt, all I saw was how beautiful you were. It wasn’t like, “Wouldn’t it be cool to be friends with a person who presents male but wears women’s clothes?” No, I saw you, and my breath was literally taken away. I had to tell you what I saw. You’re the same way. When we see beauty, it fills us up like light, and we have to share. We have to let people know how much beauty we see in them, and in the world. We can’t help it. And so, naturally, we became the kind of friends who learned to really see each other, warts and all, and see the beauty in that. What we have is gorgeous. What we have is honest and real. If people want a relationship with a friend like that, they should be prepared for the intensity of connection. I cry when you’re sad, and I’m more excited for the potential of your life than you are sometimes. I know the same is true for you when it comes to me. We’ve made ourselves vulnerable to each other, and that’s why we can thrive in the midst of what makes us different. We still see the beauty in it. We still allow ourselves to be seen and affected.